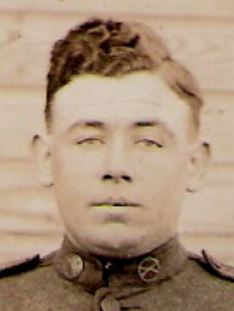 John Henry Allison born around 1894. John Allison served in World War 1 with the United States Army . The enlistment was in 1917 and the service was completed in 1919.

My Grandfather, John Henry Allison had moved from Adair County Kentucky to Pontiac, IL and was a farm hand for his future father-in-law John B. Scott in 1916. At the beginning of his courtship with Louise Scott, what is now known as World War 1 disrupts the plans of many a young man including Grandpa who was inducted in Pontiac, IL September 19, 1917 and sent to Camp Dodge, Iowa. From there he went to Camp Pike Arkansas. Then he sailed from Hoboken, New Jersey on June 19, 1918 on the ship “Delta” arriving in Liverpool, England on July 15, 1918, and on to Le Harve, France on July 20, 1918.

In her high school days my sister Janet interviewed grandpa concerning his World War days. When grandpa told her about diving into a fox hole and having a bullet hit his foot, she asked him why he dove in head first? Grandpa said something to the effect with a touch of humor, “Would you rather I had got shot in the head?” Janet could probably fine tune this part of my memory a bit!

Here are a few memories grandpa shared about his war experiences. While on leave, he and a small group of soldiers were in town somewhere in France. They were trying to find some thing and one of the fellow soldiers convinced grandpa to ask a lady how to find it. They told grandpa how to say it in French. He did so and was promptly slapped in the face. They “got” grandpa on that one.

Grandpa got himself in trouble a couple of times. While recovering in a hospital from one of his wounds, he left the hospital without officially being discharged by the Army. This caused a letter to be sent home to his parents in KY stating that Grandpa was missing in action. Grandpa returned to his unit and everything was cleared up. He said the people in the hospital were healing from their battle wounds only to become ill from disease and he didn’t want that to happen to him, so he simply left.

Another time he took an unauthorized pot shot at a German plane thinking he could bring it down with his rifle. He didn’t but the bullet came close enough that the pilot heard it for he strafed the column of soldiers. Fortunately, the pilot didn’t hit anyone. Grandpa said he really got yelled at by his sergeant.

But let us not forget how horrific this event was.

We can talk about the little side notes, but the evil from this war has effects that can last a lifetime, or even be passed on to future generations. In our case, grandpa was traumatized by what he witnessed. Perhaps the most horrific was watching a friend die. Their unit had been pinned down for days in the trenches. The constant threat “got to” his friend who in desperation jumped out of the trench and was immediately shot and killed by multiple German soldiers. Grandpa’s nightmares went on for years about this.
I took a course or two on dealing with grief. One of the courses took place near All Saints Day. I found myself writing the following concerning the Scripture passage of Jesus healing of the ten men with leprosy. All ten were cleansed but it was only who returned to give thanks. To him Jesus said "your faith has made you well."

“I am thinking of my grandfather. He was wounded three times in WW 1. My dad had to grow up fast because grandpa struggled to cope with all that he endured and witnessed in the war. Dad said grandpa would awake screaming from nightmares that continued plaguing him twenty years or more after the war. It wasn't his own wounds but it was the memory of seeing his best friend die on the battlefield that continued to torment grandpa. He tried drinking away his memories which only added to his problems. But God never gave up on him. And by the time I came into the picture, grandpa was one of the saints, worshiping God every Sunday and reflecting God's love each day. The grandfather that I never knew was healed by the Master and he returned giving thanks. I never knew the leper, only the healed saint.” --Written by me, Jim Allison 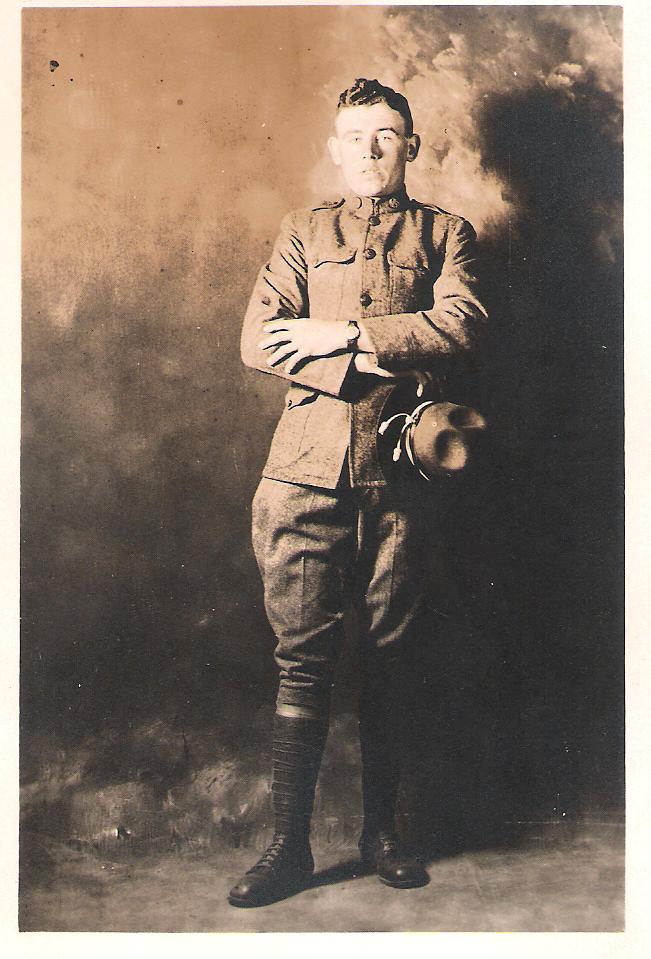 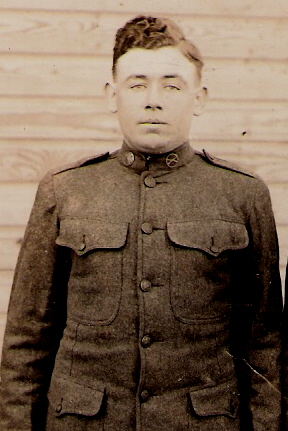 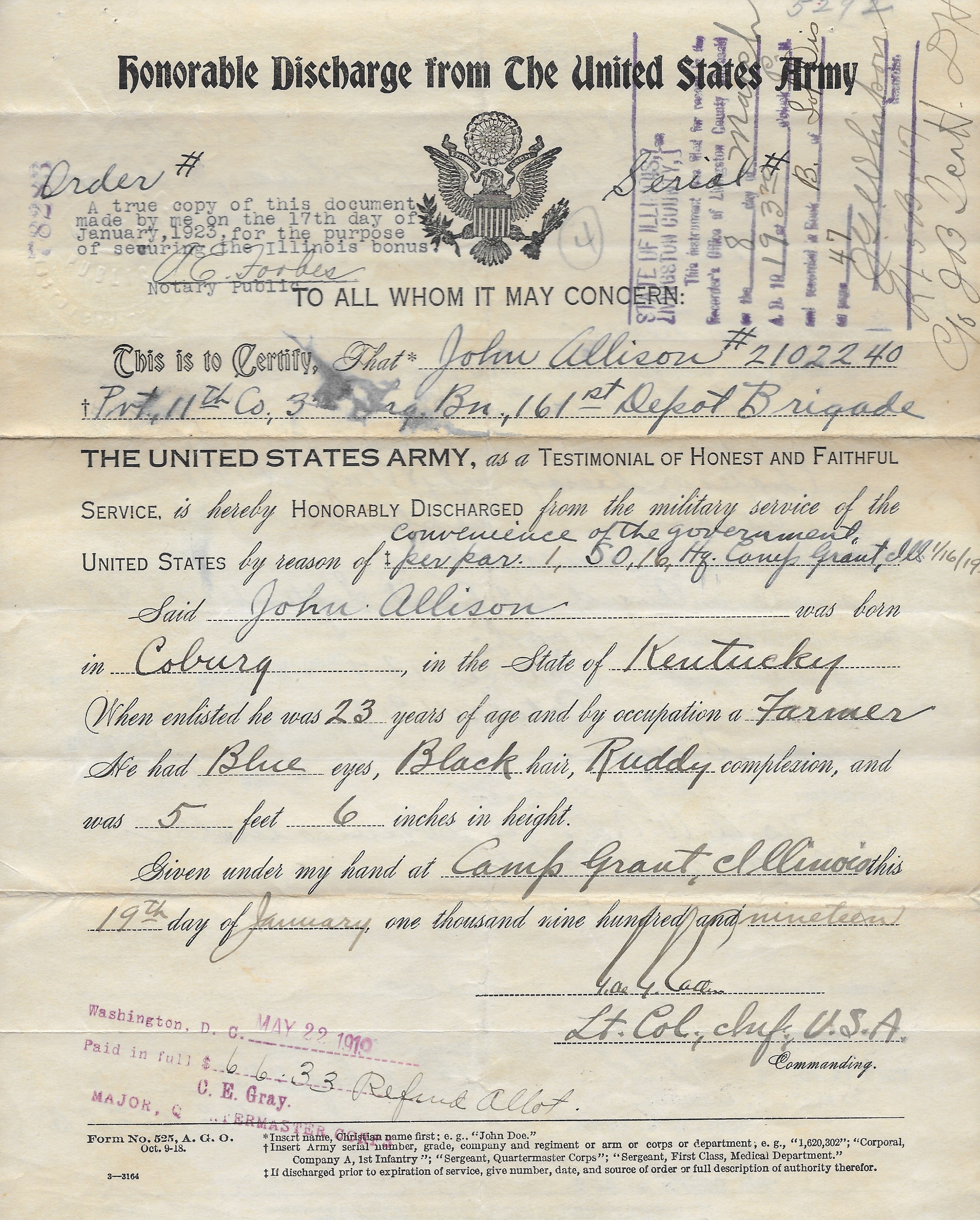