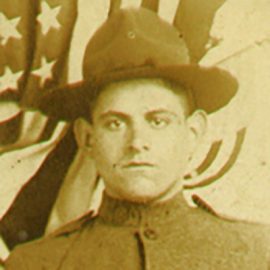 Michele Francalangia was born on January 28, 1898 in Campodipietra in the province of Campobasso to Carlo Francalangia and Beatrice Paventi. He spent his childhood in Molise until he was sixteen when, on boarding from Naples in 1914, he joined his brother Giovanni in Cleveland in the state of Ohio where he had settled for a few years working for a steel mill. S

hortly after his arrival, he joined another brother, Antonio, in the mining communities of West Virginia where, in June 28, 1917, he volunteered for the American army, enlisted in Columbus, Franklin, Ohio. Michele (Franch as reported on the service documents) initially became part of the C battery of the 17th field artillery regiment organized at Camp Robinson in Wisconsin and then of the 2nd battery of the 7th field artillery regiment.

The recruits crossed the ocean on October 31, 1917 aboard the Mount Vernon transport and once in France Michele was transferred to the F Battery of the 5th Artillery Regiment. After an initial garrison of the Sommerville and Ansauville sector, the 5th supported the operations of the first AEF division and the 60th French division in the Montdidier sector from April to July 1918.

During those weeks, the regiment fired between 5,000 and 15,000 bullets a day, contributing significantly to the interruption of German communications and the capture of the village of Cantigny.
A few weeks after the alternation at the front, the regiment set off again towards Soisson, in support of the great allied counter-offensive of the Aisne-Marne unleashed at dawn on 18 July, distinguishing itself particularly in the bombing of the German positions in Missy, Ploisy and Berzy -le-Sec in addition to the constant work of counter-barrage decisive for the protection of the advance of the infantry.

In September, while preparations for the Saint Mihiel salient reduction operation were underway, Michele fell ill and died of pneumonia on 19 September 1918 in Toul where he was initially buried before being transferred to Italy at the behest of his family in the cemetery. of the native country. 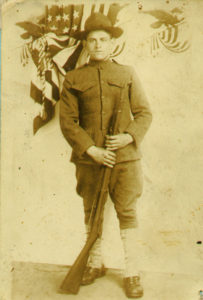 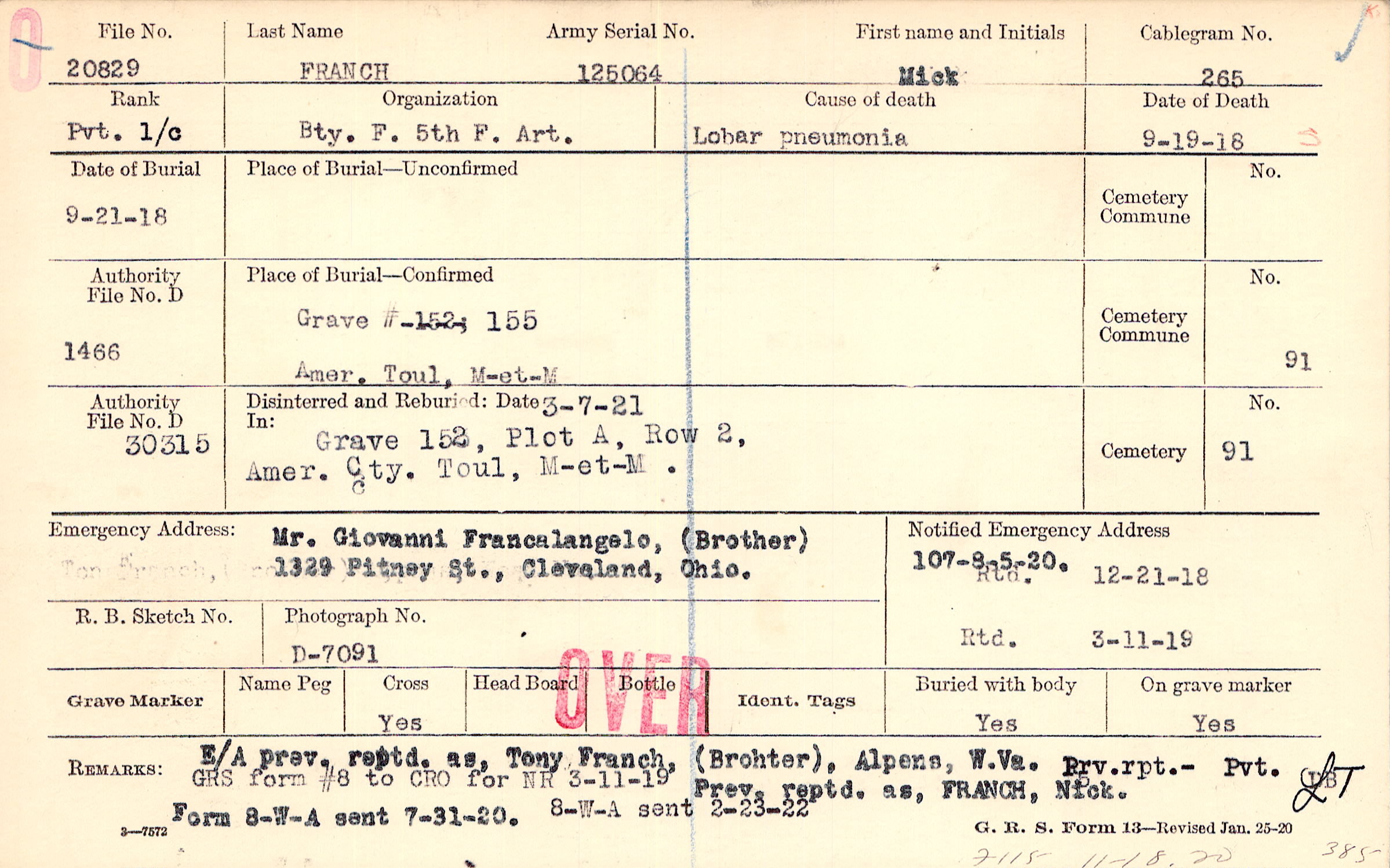 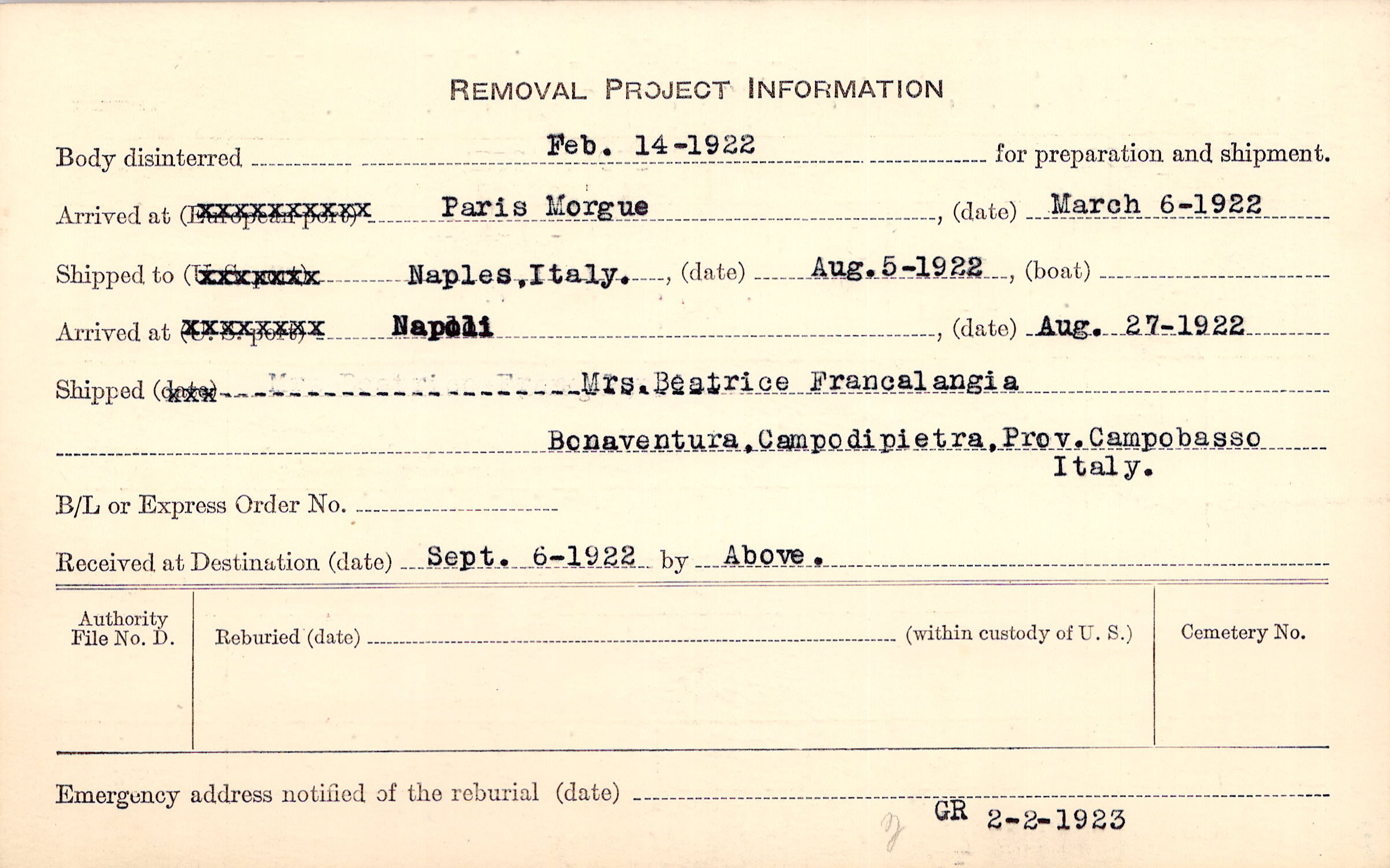 Thanks to Maria Pietrantuono, great-grandniece of Michele Francalangia who kindly granted the use of the photographs.