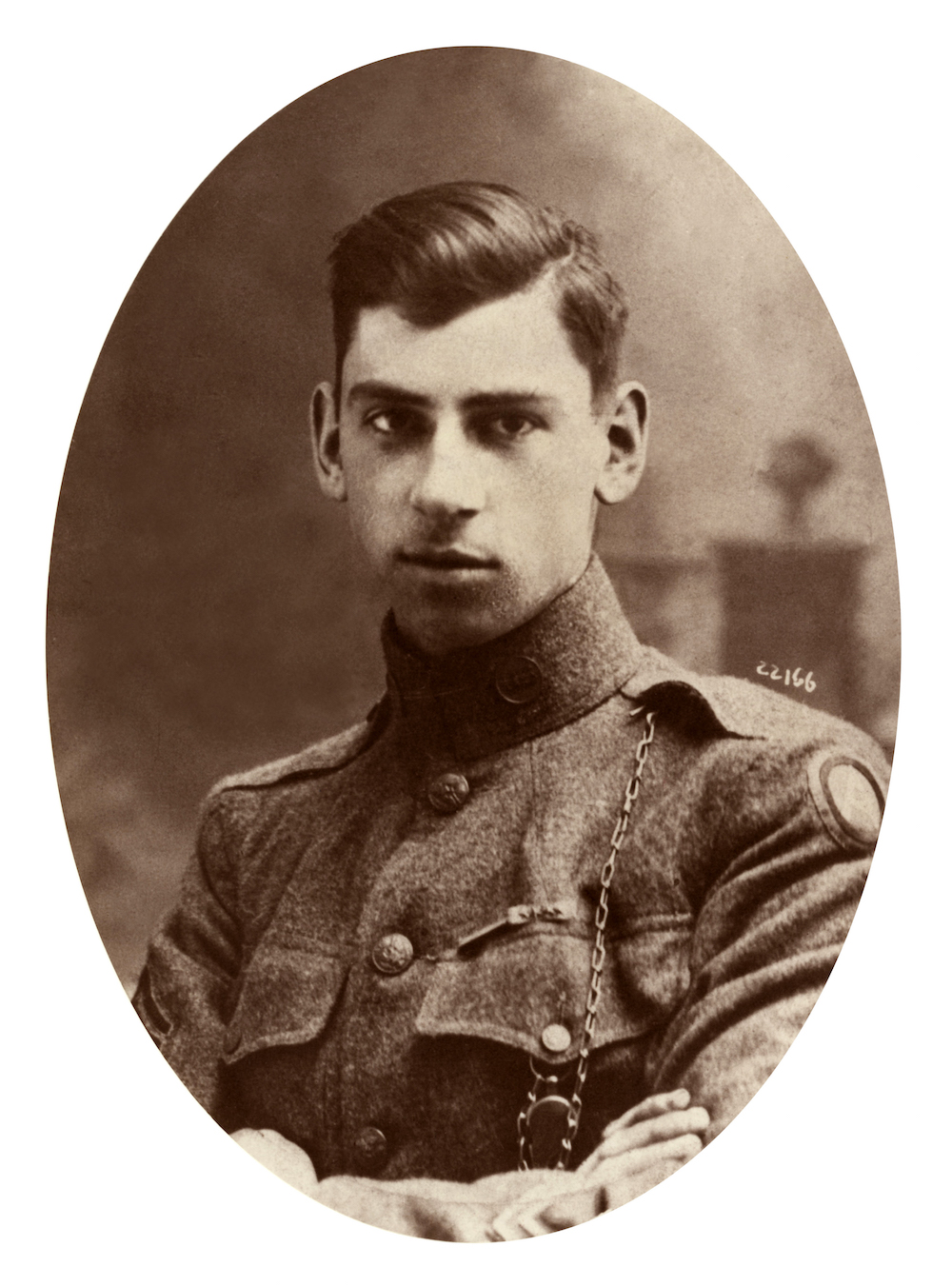 Following the Armistice, the 4th Division was transferred to the new Third Army for service in the occupation of Germany. In late November the 2nd Battalion received orders to travel by train to Coblenz, Germany to secure the Rhine bridgeheads there and begin to secure the city for the occupation. Sgt. Fidler was one of the first American soldiers to enter that city. Sgt. Fidler was assigned to the Third Army Replacement Depot in Coblenz, remaining there until 5 August 1919 when he received orders to return to the United States for discharge. Sgt. Fidler was discharged from the Army on 21 August 1919 at Camp Upton, NY. At the time of his separation he was entitled to wear on his uniform two service chevrons and a Victory Ribbon with four campaign stars representing the offensive actions listed above. Mr. Fidler remained active in Veterans organizations for the rest of his life. He was a charter member of the American Legion, Henry P. Smith Post 24 in Rome, NY. He later transferred to the American Legion's Sylvan Beach, NY Post 1153 where he served as Commander for many years. Mr. Fidler was also a Past Commander of Veterans of World War I, Fort Stanwix Barracks, No. 116 in Rome, NY; a Life member of the Veterans of Foreign Wars, Rome, NY Post 2246; and a Life member of the 40 & 8, Oneida County, NY Voiture No. 92.