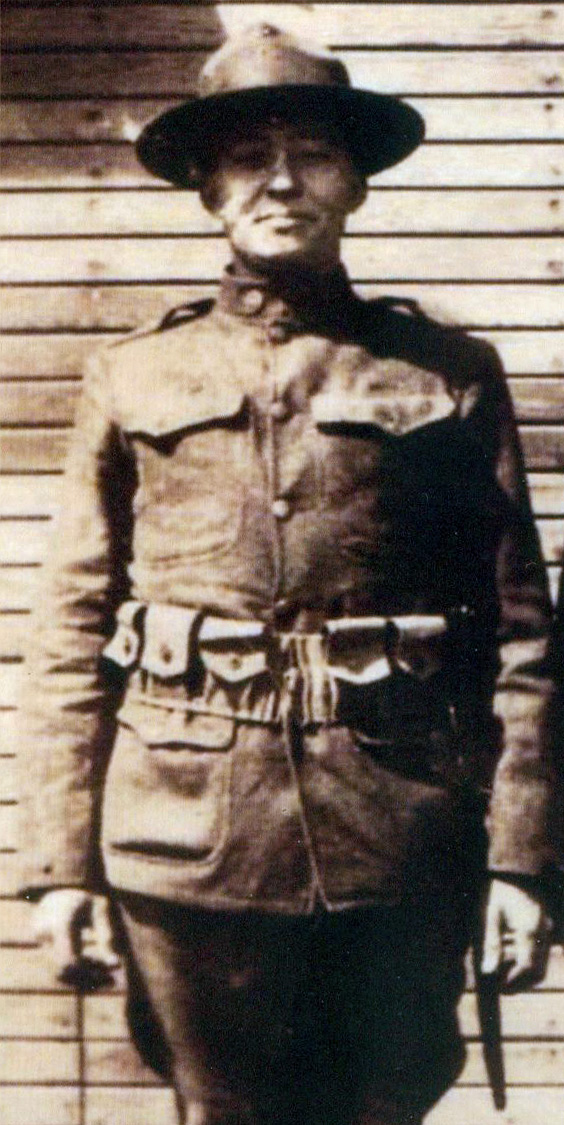 For one of his actions during the Ypres-Lys offensive he got a Citation for Gallantry:

By direction of the President, under the provisions of the act of Congress approved July 9, 1918, Sergeant Willis L. Burnworth (ASN: 1518883), United States Army, is cited for gallantry in action and a silver star may be placed upon the ribbon of the Victory Medals awarded him. Sergeant Burnworth distinguished himself by gallantry in action while serving with Company H, 145th Infantry Regiment, 37th Division, A.E.F., in action near Olsene, Belgium, on 31 October 1918. Sergeant Burnworth displayed exceptional coolness and courage in charging and capturing a strong machine gun nest.

On November 1 1918 Sergeant Willis L. Burnworth was killed by the concussion of a large caliber shell that burst ten feet from him and there was not a mark on his body where anything had hit him.

Sergeant Willis L. Burnworth was buried on November 1st at Grave number 5 on the roadside. On June 7th, 1919 he was disinterred and reburied in Grave 79, Plot D at the American Military Cemetery, Waregem, Belgium.

His parents did not want his remains to be ship to the United States. They wrote on July 24th, 1920:

We were requested early last winter as to the disposition of the remains of our son killed in action somewhere in Belgium. We wrote at once expressing our wishes in the matter, telling you to let his remains be over there as we are informed that they will be taken care of and remembered by a grateful nation for what they done.

After the remains of the soldiers whose family wanted an interment in a Cemetery of their choice, were shipped to the U.S.A. when the Flanders Field American Cemetery had to be reorganized. Sergeant Willis Lewis Burnworth was disinterred on June 22nd, 1922 and reburied in Grave 8, Row 1, Plot C. 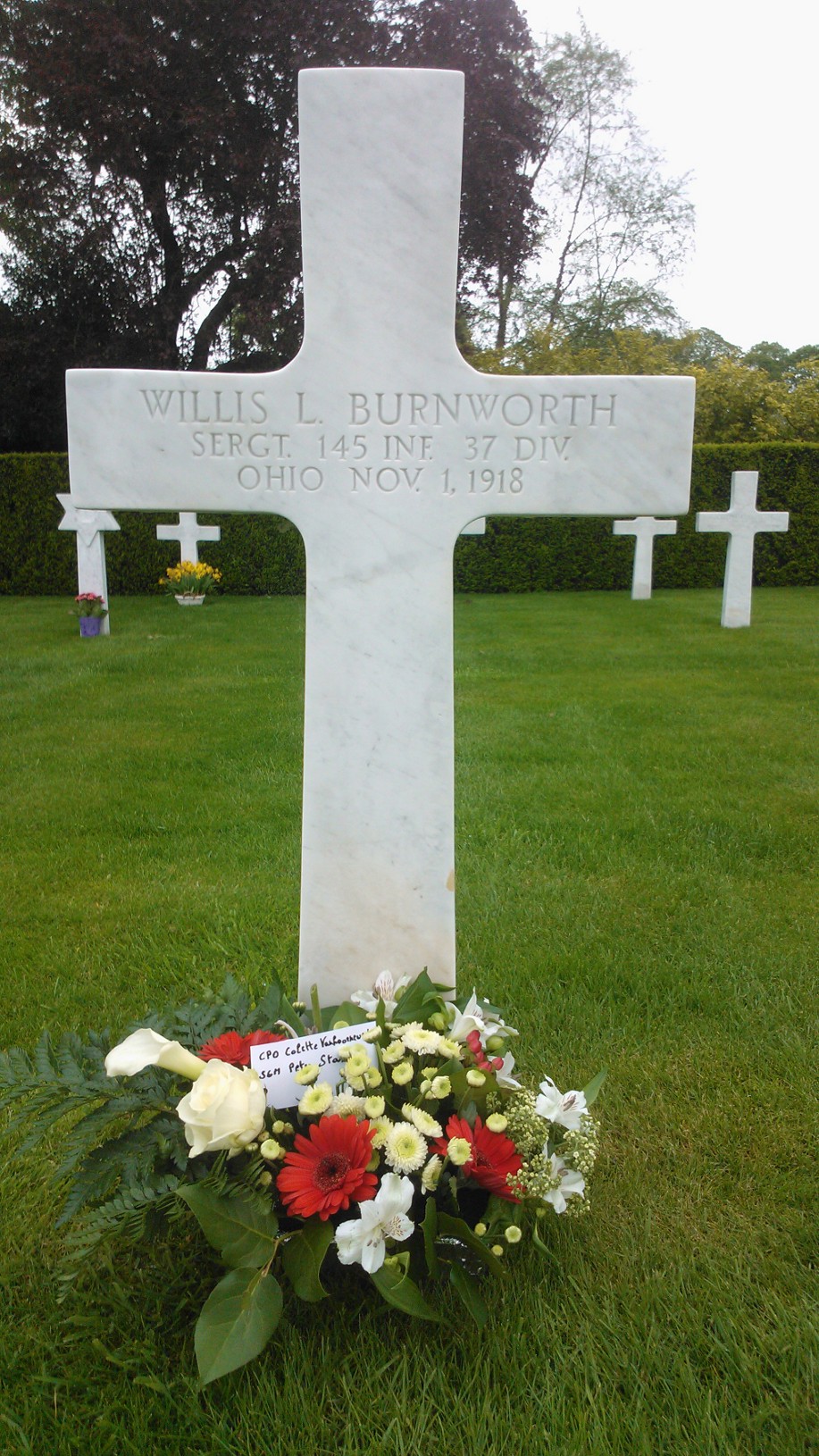 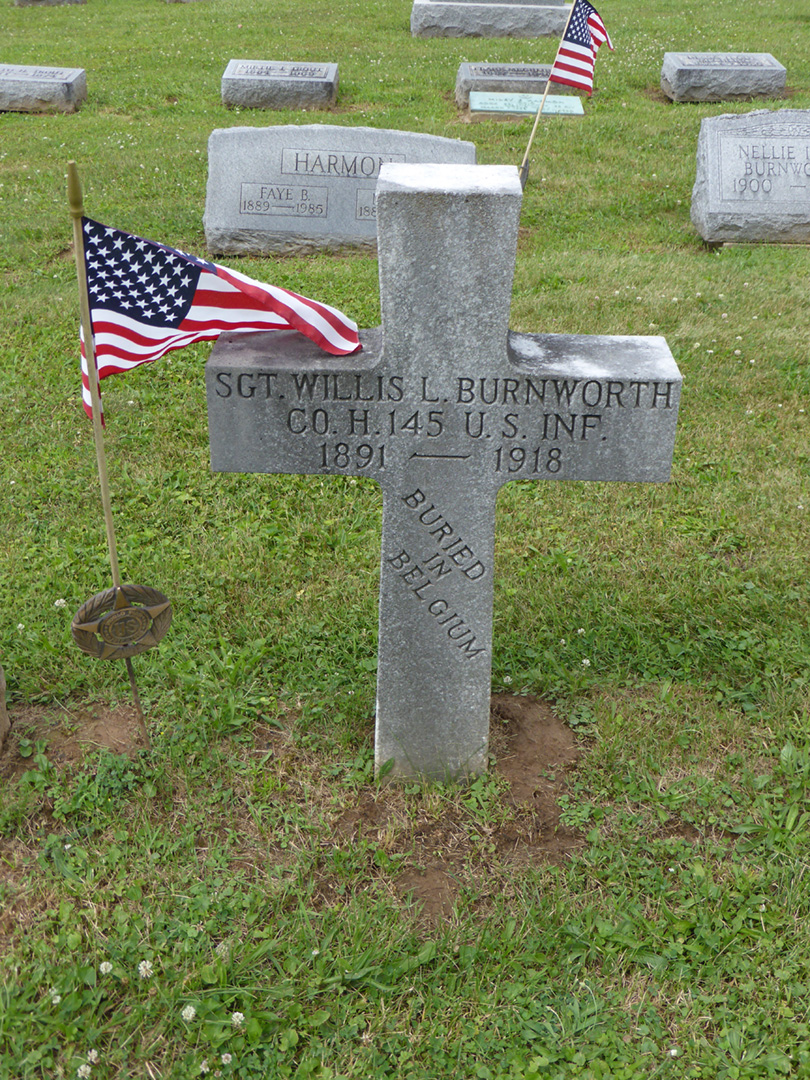