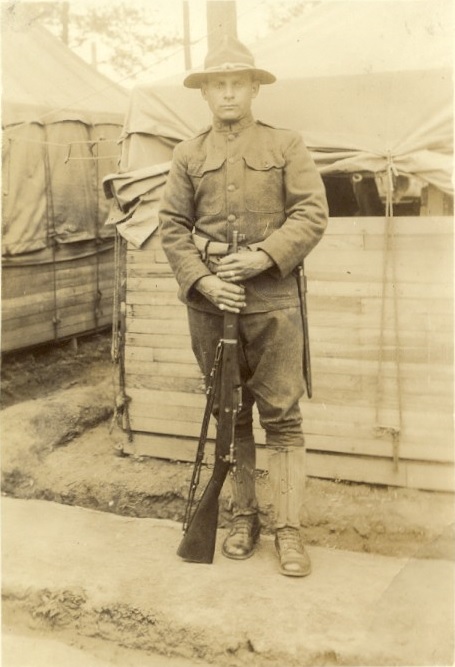 We know from a souvenir folder of postcards from Camp Lewis Washington that he was going through basic training at Christmastime 1917. An American Red Cross postcard let the family know that Joseph had arrived safely overseas in 1918. Private Joseph F. Andrade was with the 4th Division, 58th Infantry, Company C. From what I have read, in early August 1918, his division would have been involved the Second Battle of Marne, and Joseph would have been at the Vesle River. It was there that he was killed in action on August 6, 1918. Joseph is buried at the Oise-Aisne American Cemetery in France.

Our local paper reported that on August 29, 1918, our Great Grandparents received a telegram from the War Department stating that their son was officially reported as killed in action.

The loss of Joseph has not been forgotten in our family as one generation after the next has continued to remember him since his death.