The Commission will hold its next meeting on May 4 in Kansas City at the National WWI Museum and Memorial. The meeting will begin at 9am; it is open to the general public.

A new special section on the World War 1 Centennial Commission web site tells the story of the Lafayette Escadrille, the squadron, the heritage, the memorial , the re-dedication event, and an expanding series of articles about those pioneering and brave young Americans who went to France to fly before America entered the war. We invite you to explore it here!

WWI Word of the Week

Brought to you by the WWICC Millennial Marketing Interns

Pillbox: Today known only as a receptacle for medicine, in WWI the term was used to describe small side-by-side bunkers that resembled a pillbox from above.

Stephen Taber’s originally connected with the First World War through his WWI-veteran, second cousin’s diary. When asked to spearhead the establishment of a Massachusetts WWI commemorative body, Stephen threw himself into it. He was relatively new to the state and so didn’t know very many people. He began contacting potential allies throughout the Commonwealth, including Secretary of Veterans Affairs Francisco Urena, who was essentially in securing the gubernatorial proclamation that established the Massachusetts WWI Centennial Commission just last week on April 6 - the 99th Anniversary of America’s entry into the war. So far the Commission has had two meetings; their next to be later this month. The Massachusetts commission is currently setting up a state website on ww1cc.org and hope to begin working with veterans and the educational community starting next year.

Zeppelins over Britain - Terror in the Skies : THE GREAT WAR Week 89
Published on Apr 7, 2016. As the other fronts are relatively quiet, the war is taken to the air. Zeppelins bombard Britain, the Italian and Austro-Hungarian air forces were fighting on the Italian Front and Greece was bombarded. The British and Greek civilians were now too casualties of this war with no end in sight. Though the Kaiser thinks the decision will be made at Verdun in the near future.

The Tragic Downfall Of The Lion Of The Isonzo - Svetozar Borojević : WHO DID WHAT IN WW1?
Published on Apr 11, 2016. Even though he was called "the thick headed Croat" no southern Slav had ever achieved the rank of Field Marshal before Svetozar Borojevic von Bojna. During World War 1 he was probably the best general of the Habsburg Empire and his deeds during the Carpathian campaign and especially the defence against the Italians at the Isonzo River made him popular and earned him another nickname: Lion of the Isonzo.

CRISIS ON ALL FRONTS 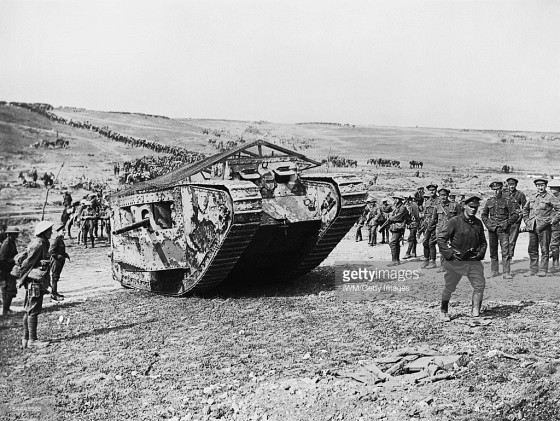 (7-10 April) All the armies locked in battle are exhausted and desperate to end the war. So plans are underway on both the Eastern and Western Fronts, and in the Middle East, for major offensives.

The British are beginning to plan for an offensive at the River Somme in northern France. And in the east, Russian General Alexei Brusilov is planning an offensive of his own.

The British and the French are eyeing June for their action at the Somme. They plan to position half a million troops along an eighteen-mile front. The British intend to put 120,000 men into battle the first day of the offensive.

The scale of the preparations is enormous.

The troops dig endlessly “to construct special roads and railways to speed supplies to the front….fifty-five miles of new railway line were built.”

With such huge preparations, the Germans can’t fail to notice that something enormous is underway. But when will the attack come?

General Brusilov, commander of Russia’s western forces, is pushing to launch his offensive in the coming month, a century ago.

The problem is, the Russians are weak and in trouble. “How far the Russian troops were capable of a strong offensive was unclear,” reports historian Martin Gilbert.

The Russians are looking at collapse and near mutiny in broad sectors of the front.... 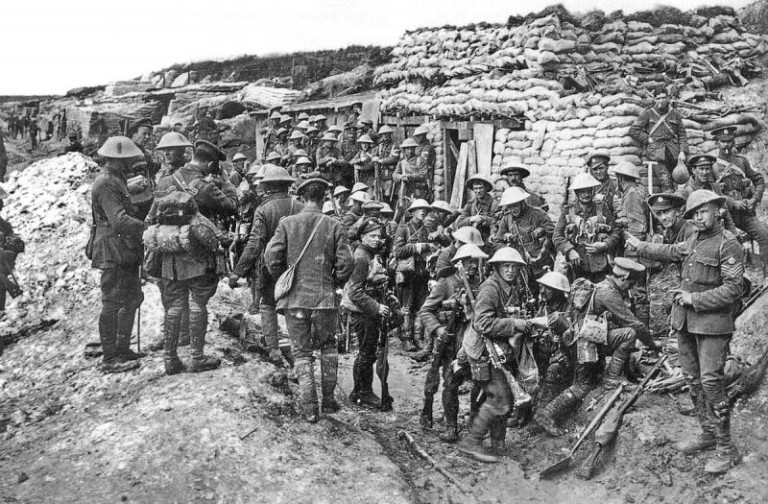