1. Honoring Ceremony for Six World War 1 Veterans of the Passamaquoddy Tribe in Maine

2. WWI tunnels rediscovered in France with carvings in wall

3. !00 Cities / 100 Memorials launched over the weekend to great interest

Florida, Wisconsin, Kentucky are all getting ready to build websites on our national page-  so stay tuned for
Virginia
series of informational meetings.  The next one in the DC area will be:
Prince William
Tuesday, August 2 - 10:30 a.m.
National Museum of the Marine Corps
18900 Jefferson Davis Hwy
Triangle, VA  22172
Directions

LT Jonathan Bratten, Command Historian of the Maine Army National Guard
LT Bratten about an event over the weekend which recognized six WWI American Indian veterans' who volunteered to serve our country in WWI but were never recognized for their service.
All six men were members of the Passamaquoddy Tribe in Maine,  and were either wounded or killed in Europe during the great War.
The “Honoring Ceremony for Six World War 1 Veterans” took place during the Indian Day Ceremonies held in front of the Indian Township Tribal Office.
http://www.worldwar1centennial.org/index.php/communicate/press-media/wwi-centennial-news/1264-passamaquoddy-tribe-ww1-veterans-honored.html
and here:
http://www.worldwar1centennial.org/index.php/communicate/press-media/wwi-centennial-news/1271-nearly-100-years-later-passamaquoddy-army-veterans-honored-for-service.html
The veterans being honored posthumously are:


WWI tunnels rediscovered in France with carvings in wall

'On the floor were, bombs, mortars, hand grenades and many heavily rusted metal devices

that you don't want to touch or even know what they are.

'Many names, nicknames, masonic logos, city names were etched into the walls. This place was very rich with finds, I didn't even check my watch during almost eight hours underground.lls by US troops

Fall interns and beyond!
We now have six confirmed interns for Fall 2016!  But we always need more. If you are interested or know someone who is- please contact Andrew.

EAA AirVenture- Oshkosh, WI
http://www.eaa.org/en/airventure
Special Commemorative Merchandise Being Created for Oshkosh 2016 Air Show.
With over 700,000 expected to attend EAA Airventures also known as Oshkosh 2016, July 25-31, we are supporting their WWI aviation sub-theme with special commemorative Oshkosh 2016 merchandise. To check out the preview below, click on a thumbnail to see a larger rendition in a browser window. 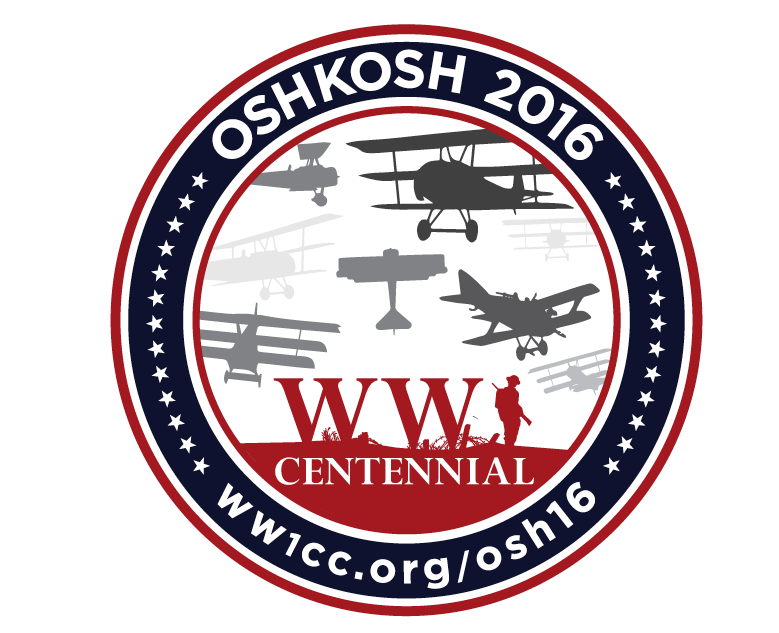 
The EAA AirVenture Oshkosh is an annual gathering of aviation enthusiasts held each summer at Wittman Regional Airport in Oshkosh, Wisconsin. It’s the largest aviation show in the world.
The EAA AirVenture Airshow will take place July 25-31 and the  2016 focus this year is WWI.  This is huge, week long event with 700,000+ attendees and dozens of defense contractors.
We will have a booth set up for the week.. Our Commissioners have daily speaking roles in two different amphitheaters that seat 2500+ people.
Let us know if you plan to attend and can help us at our booth! We’ll be selling WWI CC merchandise, etc.  contact Meredith Carr at meredith.carr@worldwar1centennial.org, if you plan to be at the EAA AirVenture Airshow July 25-31.

http://greatwarproject.org/
And now we’ll move onto 100 years ago this week on the ground with Mike Shuster.

that’s all folks! Thanks for joining us. Check out the minutes - ww1cc.org/sync-call - and join us again next week!