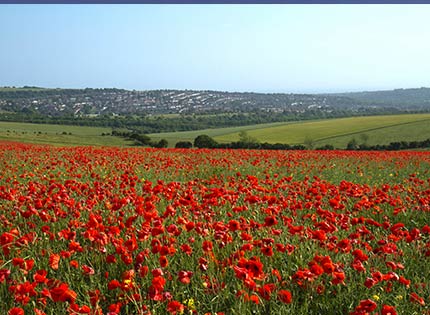 WW1 Centennial News is now an audio podcast to make it easier to subscribe on mobile devices. Our growing audience has asked for an audio only product so that the show does not take up too much memory on their mobile device and so it can be listened to while driving, working out, or doing other tasks.

Get links below - listen to the podcast above

World War One THEN

The war with Germany is approved by a wide margin in Congress. But it is still unclear, how much support it has among the American people.
So - On April 13, by executive order, President Wilson creates the Committee on Public Information. This new, powerful committee is headed by a guy named George Creel, a newspaperman who is a long-standing ally of Wilson’s - ya gotta love history!!! The committee also has representatives from the State, War, and Navy departments.
Their mission is to write news items, create pamphlets and posters and even publish their own newspaper. They send out 75,000 speakers across the country to promote the war effort.
Put bluntly, the government fires up a propaganda ministry to support the war agenda.
Check out the full story and see what the new - 1917 committee on public information is all about!
Link: http://today-in-wwi.tumblr.com/post/159546485618/wilson-creates-committee-on-public-information

Looking at what is going on in Europe, we are bringing in Mike shuster, former NPR correspondent and curator of the great war project blog. So Mike - things worked well - originally - for the Canadians and the Brits in the Vimy Ridge campaign, but new fighting tactics and new tank technologies fail, and a lot of good men lose their lives for very little gain as things go on - Tell us the story please.
LINK:
www.greatwarproject.org/

It is the middle of Bloody April - in great war in the sky 100 years ago this week.
I have found it interesting and perhaps a bit disturbing that the language about these these early days of aviation sometimes sound like some sort of sports adventure game, ---- but the life and death struggles in the sky were very real. Though the references may speak of scoring wins, these are, in fact, duels to the death.
The charisma of these escapades are fully exploited by the propaganda machines of each side, using the technology of aviation to crown new champions, aces and heroes.
In one such reference, on April 11,  2017 Baron Von Richthoven scores and is lauded for his 41st “Kill" surpassing his mentor - Boelke's  record of 40.
On April 16th, French General Nivelle launches a major offensive south of the Somme, --called the battle of the Aisne - which is stopped by the germans. In an attempt to assist, Britain’s Royal Flying Corps cranks up a really high sortie rate, resulting in very high losses ---- meanwhile on the ground,  the extreme high French troop casualties bring on a French Army mutiny. This is a war weary time in Europe.
In the US on April 20th, preparing for joining in the battle, near Pensacola Florida, the US Navy flies the DN1 - the first US airship. America - energetic and pumped - is preparing to enter the fray.
And that is the war in the sky 100 years ago this week.

Videos on the history of the WW1, exactly 100 years ago - from a more european perspective.
We encourage our podcast listeners to check it out.
This week - the Great War Channel’s new episodes include:

Perspectives on American Entry into World War I
This month on April 25th, the Department of Defense will be hosting a history speaker series event called: Perspectives on American Entry into World War I - the series will be held at the Pentagon.
Speakers include Dr. Thomas Boghardt, Dr. Robert Doughty, and Dr. Jennifer Keene. Covering topics  that include U.S. military intelligence operations in postwar Europe.  It sounds interesting - and we welcome the DOD to the national conversation on WW1. there are a couple of links in the chatroom or the podcast notes for you to learn more.
Link: https://www.facebook.com/OSDHO
http://history.defense.gov/

“In Flanders Fields” event in DC April 30
Also in DC this month, on April 30  at noon in Washington DC's Pershing Park - the planned future home of the national WW1 Memorial -
there will be a ceremony to commemorate Lt. Col. John McCrae’s timeless poem “In Flanders Fields” . This is considered the world’s most famous war memorial poem. I don’t know if I can do it justice but here it is.

In Flanders fields the poppies blow
Between the crosses, row on row,
That mark our place, and in the sky,
The larks, still bravely singing, fly,
Scarce heard amid the guns below.

We are the dead; short days ago
We lived, felt dawn, saw sunset glow,
Loved and were loved, and now we lie
In Flanders fields.

Take up our quarrel with the foe!
To you from failing hands we throw
The torch; be yours to hold it high!
If ye break faith with us who die
We shall not sleep, though poppies grow
In Flanders fields.

The poem printed on our Poppy fundraising kits - you can take a look and read the poem at ww1cc.org/poppy - in the FAQs about why the poppy is such an internationally recognized symbol of military sacrifice.
Back to the ceremony - This 3rd Annual event is sponsored by the "In Flanders Fields" fund, a non-profit organization created at the centennial of the poem. The fund hopes to keep the poem's message alive - through education and inclusion, while delivering on its directive to continue making the world a better place.
Link: http://www.worldwar1centennial.org/2197
Link to poem: http://www.worldwar1centennial.org/1881#why-is-the-red-poppy-is-an-internationally-recognized-symbol-of-remembrance-for-veteran-sacrifice

Updates From The States

California
We had Bill Betten from the California WW1 Task Force was on the show a few weeks ago. Today we would like to congratulate Bill and the entire task force for their hard work on the California WW1 Centennial web site --- which went live this week ! and I happen to know,  largely due to the great effort from Bill himself - who took that on as a personal challenge and contribution - you’ll find the site at ww1cc.org/california - all lower case - This site will be a focal point and a valuable resource for California’s WWI information, and commemoration efforts. Congratulations California.
Link: www.ww1cc.org/california
Now let’s widen the lens with our international report.

US Navy 'jack-the-lad' deserter turned WW1 military hero
Here’s an international story that has it’s roots in the U.S. - from the BBC the headline reads: US Navy 'jack-the-lad' deserter turned WW1 military hero.
Former US Navy sailor Leroy West - AKA "Jack-the-lad" was in UK’s 4th Battalion, the Northamptonshire Regiment, in Palestine.
The sniper was honored with a hero’s medal  after the Second Battle of Gaza on April 19th 1917. West survived the war but then disappeared from all records. Probably - going to ground  - in order to hide from US authorities seeking him for desertion.
Check out the full article to discover the secret identity of this WW1 hero.
Link: http://www.bbc.com/news/uk-england-northamptonshire-39589995

Lawrence, MA honors its WWI casualties in Europe
As many as 19,000 men and women from the city of Lawrence Massachusetts  may have fought in both world wars.
Next month, City Councilor Marc Laplante will fly to Europe for an eight-day trip through five cemeteries in France and Luxembourg where forty five of the Lawrencians killed in the wars are buried.
At each of the graves and memorials, Laplante will plant the city of Lawrence's blue and white flag.
Read the interview on the site where he talks about his upcoming trip and the research that went into finding these local heroes overseas.
Link: http://www.worldwar1centennial.org/index.php/communicate/press-media/wwi-centennial-news/2196-lawrence-ma-honors-its-wwi-casualties-in-europe.html

WWrite Blog
This week on the WWrite blog, celebrated author and former Air Force pilot James Moad the second,  connects the tragedy of the great war to modern conflicts.
This post is presented in dramatic prose reminiscent of a monologue one might find in play. Moad’s poetic skill and word craft is truly on display in this post. Don’t miss it at ww1cc.org/w-w-r-i-t-e
Link: http://www.worldwar1centennial.org/index.php/articles-posts/1704-former-air-force-pilot-writer-director-and-actor-james-moad-brings-wwi-to-present-with-the-story-of-our-time.html

Spotlight in the Media

Magazines
On the Newstands this week and almost sold out  the 2017 TIME SPECIAL EDITION - WORLD WAR I THE WAR THAT SHAPED OUR WORLD - this is 94 pages edition loaded with poignant photos and stories.
Also this month in the magazine world , the Atlantic has a special issue called World War 1: How the Great War Made the Modern World. This issue takes a more contemporary look at the war with articles like “Why Don’t Americans Remember the War?” and “Yes, It Could Happen Again.”
You can find both of these issues at your local grocery store, newsstand. They are also available online in both digital and print formats through all major online retailers.  Word is -- that the special printed editions are selling out fast
Link: https://www.theatlantic.com/magazine/toc/2014/08/

Film
Watch This Feature-Length Dance Film Inspired by World War I
we have discovered a unique piece of World War One media this week. Believe it or not, there is a world war one dance film out there and it’s called Young Men. Choreographed by Iván Pérez, Young Men is a feature-length film starring British dance company BalletBoyz and based on a stage production of the same name. Conceived by BalletBoyz artistic directors and former Royal Ballet dancers Michael Nunn and William Trevitt, the film follows a young soldier as he prepares for war—and as he eventually experiences war's destruction and brutality. The full film is available now. Follow the link in the chatroom to see it.
Link: www.pbs.org/wnet/gperf/young-men-full-episode/6784/
http://www.dancemagazine.com/watch-this-feature-length-dance-film-inspired-by-world-war-i-2349626630.html

The Buzz - WW1 in Social Media

It is time for The Buzz - WW1 in Social Media
We have Katherine Akey with us to guide us through social media conversation wall. Hi Katherine.
18 Photos That Show How Great-Grandpa Got Ready for WWI
https://undertheradar.military.com/2017/04/18-photos-show-great-grandpa-got-ready-wwi/?ESRC=under.sm

“Our Wings of Victory,” the Manufacture of Military Aeroplanes During WWI
https://unwritten-record.blogs.archives.gov/2017/04/11/spotlight-our-wings-of-victory-the-manufacture-of-military-aeroplanes-during-wwi/#more-14045

We want to thank our guests
Mike Shuster from the Great War Project blog
Katherine Akey the Commission’s social media director,
Justin Mickens our line producer
And I am Theo Mayer - your host this week.

The US World War One Centennial Commission was created by Congress to honor, commemorate and educate about WW1. We rely entirely on your donations. No government appropriations or taxes are being used.
Our programs are to--
inspire a national conversation and awareness about WW1;
we are bringing the lessons of the 100 years ago into today's classrooms;
We are helping to restore WW1 memorials in communities of all sizes across our country;
and we are building a National WW1 Memorial in Washington DC.
All of this work depends on your support, so please give what you can.
It's easy by texting: WW1Now to 41444. that's ww 1 now to 41444
WW1 Centennial News is brought to you as a part of that effort. We want to thank commission’s founding sponsor the Pritzker Military Museum and Library for their support.
The podcast can be found on our website at ww1cc.org/cn  and in the iTunes store at ww1 Centennial News.
Our twitter and instagram handles are both @ww1cc and we are on facebook @ww1centennial.
Thanks for joining us. And don’t forget to talk to someone about the centennial of WW1.