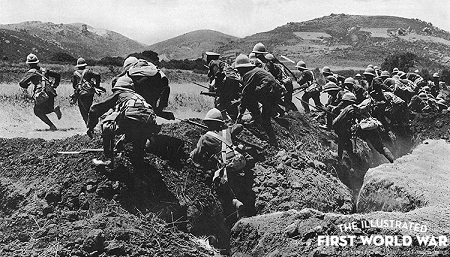 World War I Symposium in Alabama
Next week, on June 22 the Alabama Department of Archives and History will host Remembering the Great War: A Symposium on World War I. This is a free public symposium featuring noted scholars who will discuss the causes and consequences of the Great War, the experiences of the soldiers and communities who sent them, and the ways in which we have and continue to remember the War's significance. The event will be held on June 22, 2015 from 9:00 am to 4:00 pm at the Alabama Department of Archives and History in Montgomery, Alabama. More information here.

Upper Midwest Regional Meeting - Save the Date
The Pritzker Museum and Military Library located in Chicago, Illinois would like to extend an invitation for the volunteer representatives in Illinois, Indiana, Iowa, Michigan, Minnesota, North Dakota, Ohio, Tennessee, South Dakota, and Wisconsin which comprise the World War I Centennial Commission’s Upper Midwest Region to a collaborative meeting. The meeting will be held on 16 September, 2015. The purpose of this meeting is to provide updates on the strides each state has made in the planning efforts for the centennial. Additional information will be announced in the near future.

States’ Status
We are always asking for volunteers in different states, and we wanted to take some time to explain why we are doing this. Each state has its own level and contribution to the war and we really want to encourage each state to do something for the centennial. Outreach to all 50 states and territories is no small task and we can’t hope to really get the ball rolling without your help.. We are only aware of 5 states that have established commission/committee to commemorate WWI and 10 that are on the verge of creating commissions.... that means 35 states are seeing little movement on this activity, is your state one of them? We need your help, please get involved. We have a team that works on this and is dedicated to supporting our volunteers across the U.S. on this topic. You will be surprised the amount of movement one volunteer can make, a drop of water in a lake can create a wave on shore.

Pershing Park Photospheres
We have some Pershing Park Photospheres on our WW1CC Google+ page. Check them out here!
You can make your own, too! Just Download Google's Camera app to your phone and use the PhotoSphere setting to take 360° pictures of your local WWI monuments and memorials. The app shows you where to point the camera and then stitches the photos together to create the image. Send them in to us and we'll post the best submissions!
Check out this link for a tutorial and this link for more information.

James Patton does not have an academic background, nor does he claim to be a professional historian. He had a brief military career in the army. Interestingly, his interest in the First World War began 40 years ago when he started collecting British army badges; he began focusing on the Great War after noting that many of the regiments he had researched had participated in the conflict. When he retired 11 years ago he was able to broaden his interest in, and knowledge of, the First World War by taking DVD courses, attending conferences and watching conferences on YouTube. At present he has taken seven battlefield tours (and plans a further trip later this year).

James has a keen interest in the First World War and is able to contribute significant time to the work of the commission. He first became involved in the work of the commission by contributing to Mike Hanlon’s blog. Subsequently, he has been active in a number of ways, including: helping to write a letter to the Governor of Kansas, which was sent to the VA and American Legion; writing college and university letters; and letters to state historical societies. James highlighted that in 2014 projects to commemorate the war were set up by Kansas University. Yet, a state commission is needed in Kansas, but this is not within the scope of executive authority and will need legislative approval.

Allison Finkelstein - not only does she tirelessly do a variety of activities for the commission, she also recruits volunteers. Hardly a week goes by that Allison has not found a great new volunteer for the commission. Her passion for our organization is noticed and we appreciate all she does for us.

Rex Warneford Destroys A Zeppelin - Austria Digs Into the Mountains: THE GREAT WAR - Week 46
June 11, 2015. Reginald Warneford is important to Britain's war effort. Not just because he shot down a German zeppelin, but because he is made a hero in times when heroes are needed. He receives a Victoria Cross soon after his victory because the commanders know about the average lifespan of pilots in World War 1. Meanwhile, the Austro-Hungarian army digs into the alpine rocks to fend of the Italian Attackers and Gallipoli continues to be a butchery without any progress.

The Gallipoli Campaign Stumbles On — Some Notable Participants

Next Week: The First of Eleven Battles of the Isonzo Begins 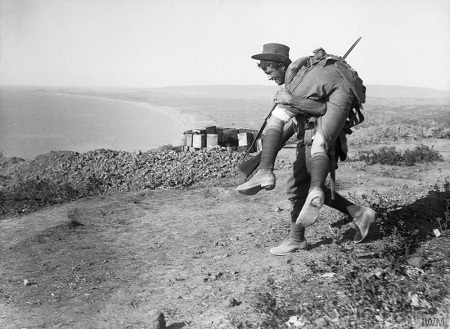