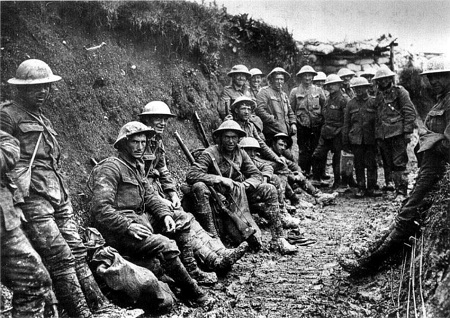 Operation Doorknock
We are really turning up our legislative outreach efforts this July- and we’re calling it Operation Doorknock. Our interns have been hand delivering personalized letters and informational packets to every Senate and Congressional office on Capitol Hill. Each letter highlights the contributions and sacrifices of that members’ state during WWI and speaks to why WWI is so important to commemorate. General Barry McCaffrey, special advisor to the WWICC, will meet with key members on the Hill during the week of July 20th on our behalf. Once Operation Doorknock is complete we will ask for volunteers to follow-up on our efforts within their home states during the August recess. Stay tuned for more information on that.

Thank you Commissioner Whitfield for your dedication to veterans for over 70 years and for all of your hard work with our State Outreach plan. We are so lucky to have you on the Commission!

Stamp Committee Letter
Thank you David Dorsey and Keith Muchowski for sending in a letter to the US Postal Service Stamp Committee!

Dr. Michael Birdwell, professor of history at Tennessee Technological University at Cookeville, curator of the Alvin York papers, and chair of the Tennessee Great War Commission

In November 7th there will be a series of academic speeches at 5 different venues. The culmination of these events will be at the Bi-Centennial mall, with a WW1 reenactment. Tennessee Tech is creating an exhibit with a virtual F-2 Tank, and the Stem Center is going to have artifacts for the kids to be able to interact with. There will also be a focus on the 6 Medal of Honor Recipients from WW1, including 3 of whom were under foreign command. The creation of a War Memorial is currently in progress, and will be the site of the eventual wrap up in 2019.

Andy Gilmer and Ryan DuKate are two of our summer interns - they both he have been working extremely hard on personalizing letters to each member of congress and coordinating the hand delivery of each.

The Austro-Hungarian Empire Strikes Back: THE GREAT WAR Week 48
June 25, 2015. Just a few weeks ago Austria-Hungary's military laid in shambles. But with German support from August von Mackensen and other German generals, the tide is turning on the Eastern Front. Even Lemberg can be conquered again and the Russians are still on their Big Retreat. 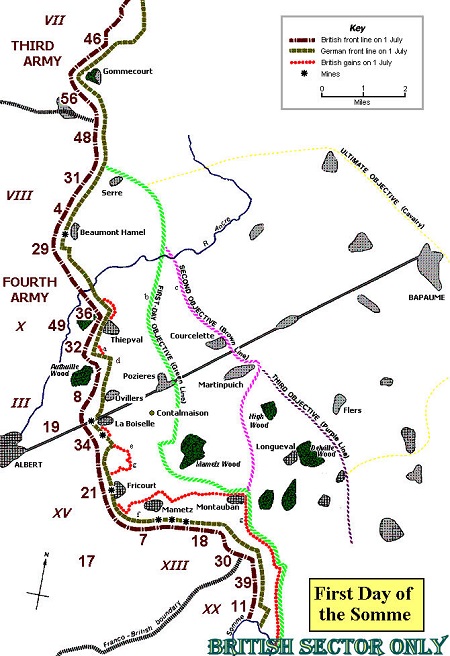 For more information on the Military Operations see the Wikipedia article-- this article is edited by British military historians and is quite good.

The plan in the British sector proved to be a disaster. The British Armies casualties totaled 30,000 in the first hour, and another 28,000 by nightfall.
The simple phrase “First Day on the Somme” has gathered symbolic, even mythological significance, that almost leaves all discussion of the facts of the day inadequate to explain its lasting importance.

For the British, the First Day on the Somme is WWI

The Remembrance of First Day on the Somme Has a Whole Network of Mutually Supporting Legends and Traditions.

When war broke out the British Army needed to expand dramatically, groups of men from the same workplaces, villages, churches, trades, and even football teams were encouraged to join the army together. The men were happy to fight with people they knew, and their families were pleased. They knew the friends would be there to look after each other during the war. The flaw in this thinking was that if a Pals unit was devastated, the community back home would bear the consequences long term. At the north end of the Somme battlefield is a concentration of memorials to these volunteer units, most of which were seeing their first action on 1 July.

Newfoundland Park
The Newfound Regiment was part of the 29th Division attack at Beaumont Hamel. In the second wave attack, they were mowed down by machine guns, and became one of several units that day to suffer over 90% casualties July 1st. Today, their battlefield is a commemorative park, staffed by young volunteers from Canada.

36th Ulster Division singularly made their objective that day, Schwaben Redoubt, but no one on their flanks did so, and they became stranded on a high ridge. The few survivors had to crawl back in the dark to their jump-off line. Their memorial is a replica of "Helen's Tower" a castle-like structure on the training ground in Ireland.

Soccer Balls of the Somme
Captain Wilfred "Billie" Nevill of the 8th Battalion, East Surrey Regiment, 18th Division was a former Cambridge student and notable athlete. To buoy his men's spirits (He knew they were in for a tough time) he provided soccer balls for the men and promised a reward for the first man to kick one into a German trench. He was killed at the barbed wire that day. The story embodies the both the high spirits and the innocence of the troops.

Devonshire Trench
This small site encapsulates the collective remembrance of the First Day on the Somme. Two battalions of the Devonshire regiment launched an attack from a front line trench near the village of Fricourt. The commanding officer had warned his superiors that a machine gun in Fricourt needed to be knocked out before attacking since it fully covered the open area in front of the trench. It was not eliminated before the attack and the men were mowed down immediately after going over the top. Casualty teams merely dragged the men back to the trench and buried them there. The trench is now a commonwealth cemetery which has a marking saying: "The Devonshires Held This Trench — the Devonshires Hold It Still."

In the French sector, the French Army had been more successful the first few days of the offensive, but by the fourth day German defenses had stiffened. Alan Seeger was an American Volunteer with the French Foreign Legion.
Earlier in the war he had penned a poem that was something of a personal premonition:

I have a rendezvous with death
At some disputed barricade
When Spring trips north again this year,
And apple blossoms fill the air
And I to my pledged word am true,
I shall not fail that rendezvous.
"Rendezvous" abbreviated

On July 4, 1916 Seeger's unit attacked near the village of Belloy-en-Santerre on the southern part of the Somme offensive. He met his rendezvous with death that day. His poem was published posthumously and became the most famous American War Poem of the struggle.

For more on Seeger see:
http://roadstothegreatwar-ww1.blogspot.com/2013/07/alan-seeger-makes-his-rendezvous-at.html

The largest British Memorial on the Western Front remembers the full battle, 1 July – 18 November, 1916. Thiepval Memorial lists 74,000 lost British soldiers in the sector After 624,000 British and French casualties, the front line had moved east one to nine miles, depending upon the location. The Germans had lost about 525,000 casualties.

Next Week: What happened in Washington DC in 1915? 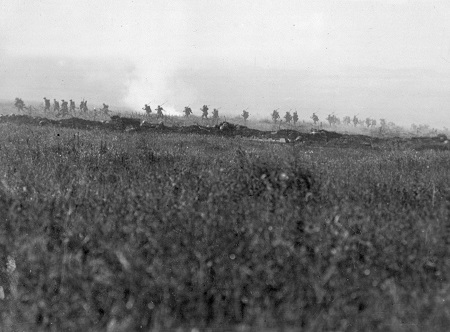