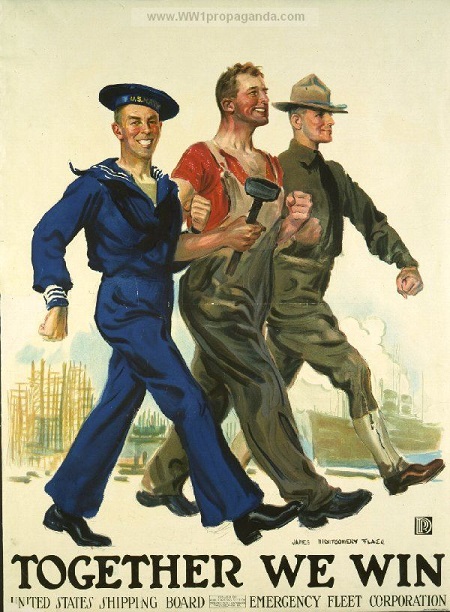 The WWICC Commissioners will meet next Wednesday, October 14 at 10 am EDT. The meeting will be held via teleconference. The general public is welcome to dial in on the listen-only line. Dial 712-432-1000 and enter access code 474-845-614#

Collaboration Call Reformatted
Our State Outreach Collaboration call is changing format- It will be monthly rather than weekly and each call will now have a main topic with guest speakers. Our next Collaboration Call will be held Thursday 05 November at noon eastern. Subsequent calls will take place on the first Thursday of the month. Reminders will be sent out two weeks before and the day of. The first call will be on Veterans History Projects.

Listen to our PSA!

Our Countdown to Veterans Day campaign continues to grow! CountDownToVeteransDay.org is a WW1CC supported one-stop source for 2015 Veterans Day volunteer and activity opportunities.

This week we have added the ability for any national, regional, state or local Veterans Day connected organization to link their Veterans Day activity, event or opportunity to this #CountDownToVetreransDay resource. All you need to do is go to CountDownToVeteransDay.org, click on the “Link In My Organization” button, fill out the simple form and submit it. A site admin will review the submission and it will publish within 24 hours. Go online and check out the Veteran service volunteer opportunities already posted, and link in any volunteer opportunities you know of that are not up already.

Dennis Cross, one of our fantastic Kansas state outreach volunteers, publishes a monthly blog called Centennial Countdown to the Great War. As the name suggests, this blog covers events that took place a hundred years ago this month. This month’s entry covers the continuing Allied slog at Gallipoli as well as events taking place in the US and Latin America. Read the full blog here.

Telling: KC
From October 15 through October 24, the WW1 Museum will be hosting several performances of Telling: KC. This is part of the Telling Project which works across the country to deepen our understanding of the military and veterans’ experience by putting veterans and military family members in front of their communities to share their stories, giving them the opportunity to speak and communities the opportunity to listen.

The World Remembers
From October 6 through November 11, the WW1 Museum will host The World Remembers. This is an international education project whose purpose is to remember and honor the 9 million combatants (the most in any war at that time) who perished in WW1 by displaying their names in more than 100 locations throughout Europe and North America. For 1915, More than 500,000 names from 12 nations are represented for 1915. The WW1 Museum is the only location for the display in the United States.

“In the Know”
On Sunday, Oct. 18, the Museum continues its free In the Know series with Landon Rowland presenting a discussion titled “World War I and the American “Mandate” in the Middle East and their ISIS Inheritors.”

More information on all the above events can be found on the WW1 Museum events webpage.

We Need Volunteers - Next Week!

We are looking for folks to help us man a table at the Association of the US Army (AUSA) Annual Meeting that's taking place October 12-14 - that's next week! - at the Washington DC Convention Center. The meeting is the largest of its kind, with over 25,000 attendees, and promises to be an exciting show. Volunteers would talk to visitors about WWI, Commission programs, and the WWI Memorial. Any amount of time you would be willing to volunteer would be immensely helpful.
Email Chris Isleib to get involved.

Check out the the five final design concepts for the National WW1 Memorial at Pershing Park on the Stage II Finalist webpage. Our finalists are hard at work refining their concepts. They were back in DC today and yesterday to meet with Design Oversight Committee, the first of two Phase II Reviews.

If you are in the DC area, we invited you to come to Marvin on October 27- 5:30 pm. - 14th and U Streets. All of us from the Commission will be there and we will showcase the 5 final design concepts. Hope to see you there!

Sara Apenowich, WW1CC State Outreach Intern
Sarah Apenowich is currently a Senior at St. Bonaventure and is is working as a state outreach intern. She found this internship via The Washington Center which serves as an intern placement service for interns. She chose this internship because she has always been interested in wartime history and believes that it is important for people to learn about WW1 because it is often seen as the forgotten war as well as wanting to learn more about it herself. She also has a personal connection to the war because her great grandfather and her great uncle both served overseas.

Bob Patrick from the Veterans History Project for taking our interns on a tour of the Library of Congress.

WXGR FM - who produced and recorded our radio PSA. WOW - thank you so much for putting this together!

Would you like to see some great videos on YouTube about WWI? Check out The Great War Channel. Posting twice a week, ‘The Great War’ shows you the history of the First World War in the four years from 1914 to 1918. The host, Indy, takes you back week by week and shows you what was going on in the past. Please subscribe to see these great posts. Their lastest two videos are:

Bulgaria in World War 1 - The New Central Power: THE GREAT WAR - Special
Published on Oct 5, 2015. Bulgaria joined the ranks of the Central Powers in World War 1 in October 1915 and shortly after invaded neighbouring Serbia to support the German-Austro offensive on Belgrade. A lot of promises about territory were made towards Ferdinand I and especially the chance of getting back territories lost in the Balkan Wars was music to Bulgarian ears. Find out all about Bulgaria joining World War 1 in our special episode.

The Battle of Loos - New Offensives On The Western Front: THE GREAT WAR - Week 62
Published on Oct 1, 2015. After weeks of preparation the French and British Armies unleash a new offensive on the Western Front. Not only is it supposed to relieve pressure on the Russians on the Eastern Front but the Entente wants to achieve the decisive breakthrough. The French actually break through German trenches only to realize that they have a second line of trenches completely in tact right behind the first line. The British attack at Loos also turns into carnage even though the British use gas for the first time.

In anticipation for Veterans Day. Here are some figures from the American military, who served overseas during the war and went on to make major contributions to American life afterward. For this exercise, we are not including political figures like President Truman or Fiorello LaGuardia, and most WWII military commanders, such as Generals MacArthur or Patton, since their early service is usually well-known. Also, since they are another group that is fairly well-known, I've not included the notable volunteers and ambulance drivers such as Ernest Hemingway and Walt Disney. This is in no way meant to disparage their service. 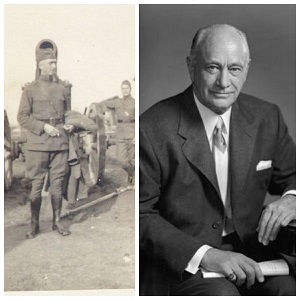 The Only Person Who Was Present 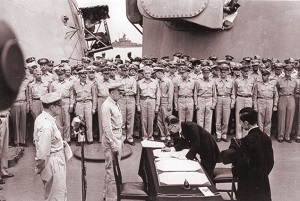 For Contribution to American Cuisine: 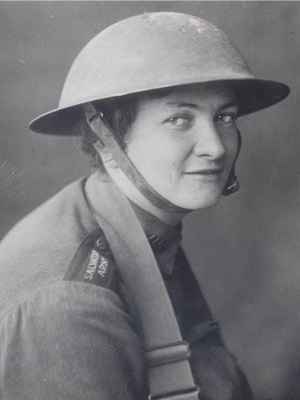 Part II: To be presented November 04