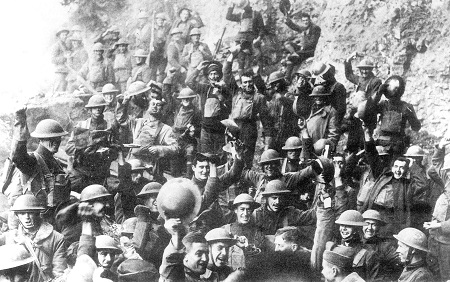 The 9th Meeting of the WW1 Centennial Commission was held today, October 14, from 10 am to noon. Several requests for support were approved and future plans for the Commission were solidified. Thank you to everyone who participated. Minutes from the meeting will be available upon requests at a future date.

New York
Exciting news from New York! We have an anonymous donor who will match donations supporting WWI activities in New York - dollar for dollar - up to $10,000! With the Pritzker match, that means your donations will count TRIPLE (!!!) up to the match limit. (If that isn’t a fantastic deal, I don’t know what is!) If you wish to donate by check, simple specify “For New York” on the check; if you wish to donate online, select 'New York’ from the dropdown menu on the Commission Donation Webpage. Thank you to our anonymous donor and to everyone who takes advantage of this offer!

Reminder: Collaboration Call Reformatted
Our State Outreach Collaboration call is changing format- It will be monthly rather than weekly and each call will now have a main topic with guest speakers (our first call will be on Veterans History Projects). Our next Collaboration Call will be held Thursday 05 November at noon eastern. Subsequent calls will take place on the first Thursday of the month. Reminders will be sent out two weeks before and the day of.

Connecticut and the Great War Symposium
The “Connecticut and the Great War” symposium will take place on November 7 at Central Connecticut State University. The conference will examine the people and events that made the First World War a transformative experience for Connecticut's peoples, its industries, and its communities. The conference will feature Dr. Edward Gutiérrez, author of “Doughboys on the Great War: How American Soldiers Viewed Their Military Experience,” as its keynote speaker. It will, additionally, present new scholarship focusing on many unique aspects of the home front during the war, and will close the day with a screening of the American Battlefield Monument Commission's film “Never Forgotten,” followed by a discussion with the filmmaker.Doors will open at 8am. Registration is required. For more information, check out the Commission Calendar.

Tennessee Great War Commission events
The Tennessee Great War Commission will hold its first annual commemoration of the Tennesseans and WWI on November 6 and 7. Stories of men and women, many of whom have long been forgotten, will be presented in a variety of ways at six different venues in Nashville. Events include lectures, presentations, exhibitions, and re-dedications. For more information visit the TGWC webpage.

History, Memory, and Authenticity in the Art of Horace Pippin
In Washington DC on October 28, there will be a public lecture on the war art of Horace Pippin - a decorated and disabled WWI US veteran. Doors open at 7pm. Registration is required to attend. Visit the Commission Calendar for more information and registration instructions.

Our #Countdown participant numbers are expanding dramatically -- we are getting re-posted by Wounded Warrior Project, Iraq & Afghanistan Veterans Association, documentary producer Ric Burns (brother of Ken Burns), and a host of media outlets. We also have a number of new military commands helping every day, including the Fort Sill Center Warrior Transition of Excellence. So far, we have made over 2 million unique social media impressions!

This week Roger Fisk visited CBS News Radio at the Washington Bureau on M Street- . CBS invited us for an interview that will air between now and Veterans Day in their 700+ Network of radio stations. Roger Fisk was in the live booth this evening to record it -- Keep an ear out for it!

CountDownToVeteransDay.org is a WW1CC supported one-stop source for 2015 Veterans Day volunteer and activity opportunities. Any national, regional, state or local Veterans organization can link their Veterans Day activity, event or opportunity to this #CountDownToVetreransDay resource. All you need to do is go to CountDownToVeteransDay.org, click on the “Link In My Organization” button, fill out the simple form and submit it. A site admin will review the submission and it will publish within 24 hours. Go online and check out the Veteran service volunteer opportunities already posted, and link in any volunteer opportunities you know of that are not up already.

Check out the the five final design concepts for the National WW1 Memorial at Pershing Park on the Stage II Finalist webpage.Additionally, if you are in the DC area, we invite you to come to Marvin's on October 27 at 5:30 pm. - 14th and U Streets. All of us from the Commission will be there and we will showcase the 5 final design concepts. Hope to see you there!

Hugo Nguyen, State Outreach Intern
Hugo is a senior at Marymount University in Northern Virginia. He came out to work with the Commission because of a school requirement for internship credit and a general interest in History. Hugo is a member of the state outreach team; he assists state volunteers in their efforts to build WWI commemorative bodies in their states. So far, Hugo says, this internship has been a big learning experience.

Larry Osheim, Virginia Dilkes, Tom Jackson with the GA WWI Centennial Committee.
Dr. Ed Furgol at NHHC and Mark Lamb- personal donation to the Memorial Fund. Thank you Ed and Mark.
A big Thank You to our anonymous donor in New York - your generosity is wonderful!

Would you like to see some great videos on YouTube about WWI? Check out The Great War Channel. Posting twice a week, ‘The Great War’ shows you the history of the First World War in the four years from 1914 to 1918. The host, Indy, takes you back week by week and shows you what was going on in the past. Please subscribe to see these great posts. Their latest videos are:

Art From The Apocalypse - Otto Dix: WHO DID WHAT IN WW 1
Published on Oct 12, 2015. Otto Dix was a German artist known for his unforgiving depiction of the Great War and the society of Weimar Republic from. His works in the series Der Krieg (The War) are among the most well known depictions of the horrors of war. Together with George Grosz and Max Beckmann, he is considered one of the most important artists of the Neue Sachlichkeit (New Objectivity).

How Was A Burial Truce organised?: OUT OF THE TRENCHES
Published on Oct 10, 2015. Indy is sitting in the Chair of Madness this time and to answer your questions. This time we are talking about Paul von Hindenburg and his legacy after World War 1 and about burial truces between the armies on the Western Front.

Serbia Is Invaded Once Again - The Entente Lands in Greece: THE GREAT WAR Week 63
Published on Oct 8, 2015. The Central Powers want to open a direct supply connection between Berlin and Constantinople. So, they start a new offensive on Serbia to defeat them once and for all. It's an open secret that Serbia's neighbor Bulgaria will soon join the war so the Serbians are in dire need of help. With no other option, the Entente lands troops in Salonika, Greece. The whole situation on the Balkans is spiraling out of control once more. Meanwhile the new offensives on the Western Front continue while the Eastern Front cools down.

In anticipation for Veterans Day. Here are some figures from the American military, who served overseas during the war and went on to make major contributions to American life afterward. For this exercise, we are not including political figures like President Truman or Fiorello LaGuardia, and most WWII military commanders, such as Generals MacArthur or Patton, since their early service is usually well-known. Also, since they are another group that is fairly well-known, I've not included the notable volunteers and ambulance drivers such as Ernest Hemingway and Walt Disney. This is in no way meant to disparage their service. 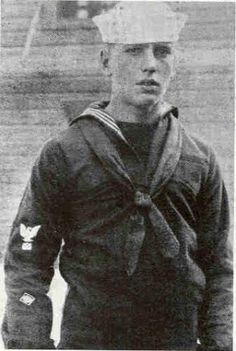 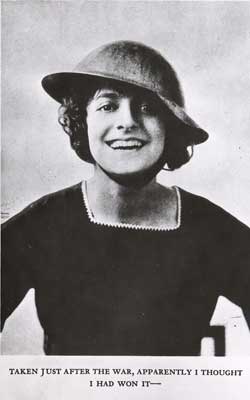 Elsie Janis, Entertainer
A Broadway Star before the war, spent six months entertaining the troops in France chaperoned by her mother.
She's remembered as the "Sweet Heart of the AEF". Later enjoyed a career as a Hollywood screenwriter, actor, and composer. 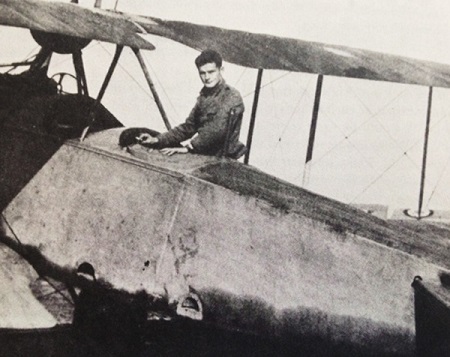 William Wellman, Lafayette Flying Corps/ U.S. Air Service
Was near ace with French 3 confirmed, 5 possibles and was shot down. Joined U.S. service but did not get over before the Armistice.
Taught U.S. pilots dog fighting tactics.
Director of Wings, Beau Geste, The High and the Mighty and many more