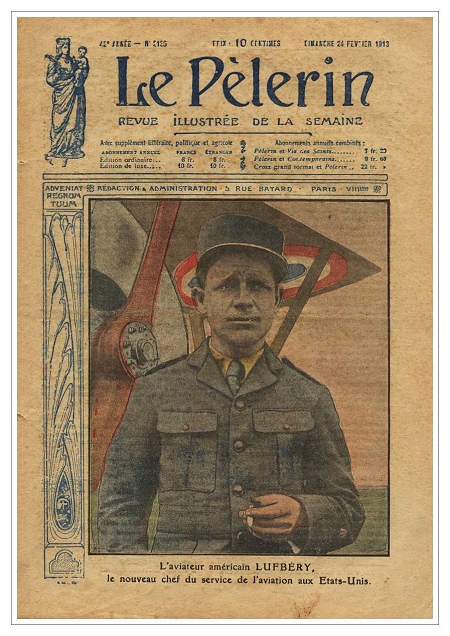 No Sync Call on November 11

We will not host a Sync Call on November 11 (the call after next), which is Veterans Day. We hope you’ll all take the opportunity to have a “day-on” on your day off and volunteer for a veterans service organization.

November 5 Collaboration Call
On November 5 at Noon EST, we will hold our first State Outreach Collaboration Call in the new format. The focus of this call will be veterans history projects and their letter and artifact collection programs. We have three expert panelists for this topic: Bob Patrick from the LOC, Andrew Bullen from the Illinois State Library, and Christine Pittsley from the Connecticut State Library. Subsequent calls will take place on the first Thursday of the month. Reminders will be sent out two weeks before and the day of. The call-in number will be the same as past calls - contact a State Outreach Coordination Team member to get on the roster.

Illinois
Susan Mennenga and the Pritzker Military Museum & Library hosted a meeting of Upper Illinois volunteers and interested parties today to plan their way forward for commemorating the state's contributions to and experience of World War 1.

You can check out all the below upcoming events on the Commission Calendar.

National WWI Museum Symposium (November 6 - 7)
On November 6 & 7, the National WWI Museum in Kansas City will host its 2015 Symposium--Global War, 1915: Empires at War, Churchill’s Gallipoli & America Divided. This event will explore the rising tensions in America and the globally escalating conflict that defined the world in 1915. It will feature several prominent WWI scholars. Registration and a fee are required.

Tennessee Great War Commission Kick Off (November 7)
On November 7, the Tennessee Great War Commission will hold its 2015 Kickoff Commemoration events across three venues in Nashville. Events at these venues will include lectures, a symposium, a living history programs, and the opening of a new exhibit at the Tennessee State Museum. All of these events are free and open to the public. Check out this flyer for more information.

Head over to CountDownToVeteransDay.org. It’s a Commission supported one-stop shop for Veterans Day volunteer activities and opportunities. You can go there to add volunteer opportunities - just click “Link In My Organization” - or to plan your own day of service on November 11.

Yesterday, thanks to Congressman Ted Poe and his staff, our staff met with key leaders in both the House and Senate. Commission volunteer Major General Bill Matz (USA Ret.) accompanied Congressman Poe and Rebekah Wilson on these calls. Next week we will have a senior delegation from the Commission on Capitol Hill calling on of our friends with an updated briefing.

Phase II of the Memorial Design Competition proceeds apace. Next week, our finalists will be back in Washington, DC for their second phase II meeting with our Design Oversight Committee. As always, you can check out the finalists (and every other submitted design) on our webpage.

Please remember that even if we get the perfect design we can’t build it without donations. Every dollar counts double thanks to the generosity of our founding sponsor, the Pritzker Military Museum and Library, which will match your donation. You can make this memorial a reality by making a donation to the Memorial Fund. The veterans of this bygone war deserve a memorial. We can build it.

To Virginia Dilkes, for going out of her way to set up commemorative bodies in not only GA (where she lives), but in Washington, Oregon, and, now, New Mexico. You’re a rockstar, Virginia!

MG Bill Matz for spending yesterday on Capitol Hill with us - thank you, sir!

To everyone who came out to Marvin last night for cocktails and an in-depth look at the 5 final design concepts for Pershing Park. We had a great turnout- White House, Dept. of Defense, Pentagon, C-Span, and George Washington University. Thanks to everyone for your support!

Would you like to see some great videos on YouTube about WWI? Check out The Great War Channel. Posting twice a week, ‘The Great War’ shows you the history of the First World War in the four years from 1914 to 1918. The host, Indy, takes you back week by week and shows you what was going on in the past. Please subscribe to see these great posts. Their latest videos are:

"The Crime That Shook the World" - The Execution of Edith Cavell: THE GREAT WAR Week 65
Published on Oct 22, 2015. Edith Cavell was a British nurse serving in a nursing school in occupied Belgium. She was executed by the Germans for treason and espionage in Brussels. Her death and the surrounding atrocity propaganda caused a public outcry all over the world. At the same time the First World War continued like never before. The Third Battle of the Isonzo didn't bring a decision between Austria-Hungary and Italy, in Gallipoli the troops were slowly withdrawn and the the Champagne offensive of the French army was still in full swing.

Notable Americans Who Served Before the United States Declared War 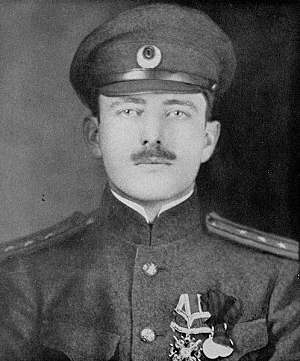 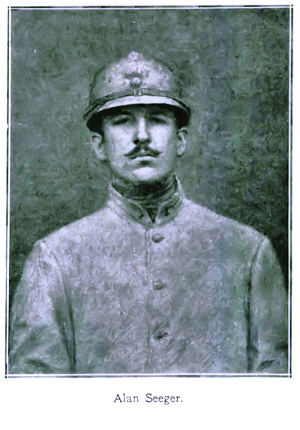 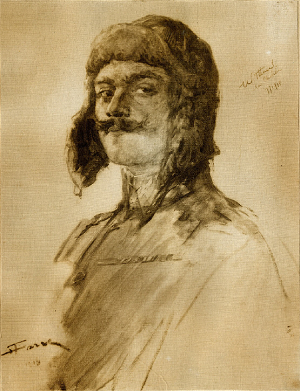