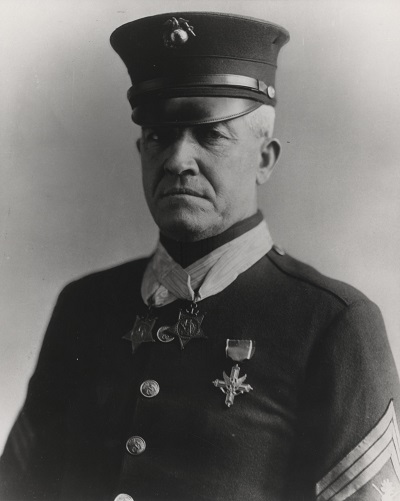 December 3 Collaboration Call
We will hold our second State Outreach Collaboration Call on Thursday December 3 at Noon EST. This Call will focus on Library Exhibitions. Subsequent calls will take place on the first Thursday of the month. Reminders will be sent out two weeks before and the day of. The call-in number will be the same as past calls - contact a State Outreach Coordination team member to get on the roster. 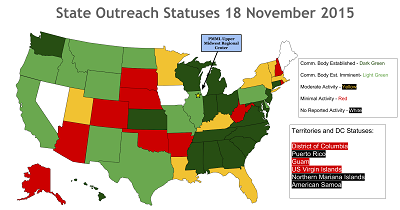 Maryland
We have exciting news from Maryland! On Veterans Day, Gov. Hogan officially signed the Maryland WW1 Centennial Commission into existence. A special shout out to our Maryland volunteers for all the hard work they put in to accomplish this and to everyone in the Maryland government who made this happen.

Countdown to Veterans Day Campaign
This year’s Countdown to Veterans Day Campaign wrapped up last week. It was a widespread success with people and organizations across the country taking a ‘day on’ to support our veterans. More than 60 veteran service organizations participated and our social media campaign garnered over 36 million impressions. We here at the Commission are glad to have played our small part in all of this and look forward to making next year an even bigger success! Read more about this year's campaign here.

Rebekah Wilson and the WW1 Memorial for the District of Columbia
This past Veterans Day, like on every other Veterans Day and Memorial Day, our Director of Operations, Rebekah Wilson, organized and lead a group of volunteers in decoration the District of Columbia’s WW1 memorial. This year, Full Measure - a nationally-aired, investigative broadcast program - ran a piece on it, which included an interview with Rebekah. Here's a link to the story for those interested.

Our wonderful Sync Call historian, Mr. Mike Hanlon, publishes an excellent monthly magazine called OVER THE TOP. Mike does a lot to commemorate the First World War, to include organizing battlefield tours and publishing a free online newsletter. Support him by subscribing to next year’s issues of Over The Top - for information on how to subscribe, please see this document.

In addition to his Over the Top magazine, Mike Hanlon also runs a monthly internet report on WWI called the Trip Wire. This month, the Trip Wire will focus on the recent Veterans Day celebrations, including stories of volunteerism from around the US. If you volunteered, or knew someone who volunteered this past Veteran's Day, please email Mike so that he can add you to the Trip Wire!

We’re excited to welcome a new staff member to our team - Dale Archer. Dale has been involved with the Commission for a while now, serving as a volunteer project manager for the WW1 memorial project. Now that that project is ramping up, we’re dropping the ‘volunteer’ part of his job description. Welcome aboard, Dale!

Please remember that even with an excellent Project Manager like Dale, we can’t build a memorial without donations. Every dollar donated will be matched by our founding sponsor, the Pritzker Military Museum and Library. You can make this memorial a reality by making a donation to the Memorial Fund. Our WW1 veterans deserve a memorial. We can build it.

David Dorsey was an intern with the WWICC in the spring of 2015, and though he has gone on to other things, he says that he has kept a passion for World War One and the WWICC, calling in to the sync call every week with engaging questions for Mike Hanlon. David also has a personal connection to WWI- his great-grandfather served in France in WWI and was unfortunately wounded. Before starting at the WWICC, David read several WWI books, including Barbara Tuchman's fantastic The Guns of August, which he originally planned to read over the course of the month of August, 2014 (to coincide with the centenary of the events in the book). However, he found the book so fascinating that he ended up finishing it in about three days.

A shout out to everyone who went out and volunteered on Veterans Day. A big Thank You!

Another shout out to everyone who helped us in our Countdown to Veterans Day campaign. It was a success and we look forward to making an even bigger success next year!

Beyond Wires and Pigeons - Communications in World War 1 : THE GREAT WAR Special
Published on Nov 16, 2015. If one thing was vital to the the new kind of modern warfare in the First World War, it was communications. The Industrial Revolution had brought wireless transmission of signals with it and the huge armies of World War 1 needed to be in contact constantly to be successful in the field. In this special episode we introduce you to the birth hour of modern military communication and signals.

Who Laid The Barbed Wire In No Man's Land? : OUT OF THE TRENCHES
Published on Nov 14, 2015. Indy sits in the chair of wisdom again to answer your questions. This time we tell you how the barbed wire was laid in No Man's Land and what fate Luxembourg had in World War 1.

Serbia's Last Stand Against The Central Powers : THE GREAT WAR - Week 68
Published on Nov 12, 2015. Serbia's Army cannot hold out much longer against the invasion of the Central Powers. Germany, Austria-Hungary and Bulgaria are relentlessly pushing forward through the Balkan country. The French are trying to help from the south but a river proves to be an obstacle they cannot overcome. In the Alps, the 4th Battle of the Isonzo starts one week after the 3rd had failed and in West Africa, the Battle of Banjo takes place as one of the last battles of the German colony Kamerun (Cameroon).

And check out this video from last week:

The USA Before Joining World War 1 : THE GREAT WAR - Special
Published on Nov 12, 2015. Published on Nov 9, 2015. Even though the United States only joined the First World War in 1917, the affects of World War 1 were felt way before. Woodrow Wilson initially wanted the USA to stay neutral but also increased the number of the US Army and expanded the US Navy. Economically, the United States of America had already chosen a side in the conflict before the declaration of war was signed. They supported the Entente with ammunition and other supplies. Things like the sinking of the Lusitania and unrestricted submarine warfare only made it easier to convince the public.

100 Years Ago in the Great War:
Seven Representative American Heroes of World War I We Should Never Forget 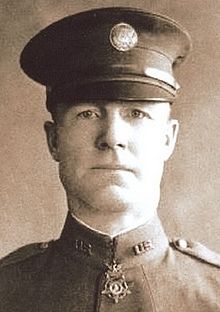 1. Captain Samuel Woodfill
Home State: Indiana
Unit: 5th Division
Remembered for: Most decorated American Soldier of WWI; Considered by General Pershing the most outstanding soldier of the AEF
Details on Service: Single-handedly destroyed a strong point on the Hindenburg Line in October 1918
Honors: Medal of Honor; Pall Bearer of the Unknown Soldier with fellow MOH Recipients Alvin York and Charles Whittlesey; Has meeting room named after him at the Indiana War Memorial 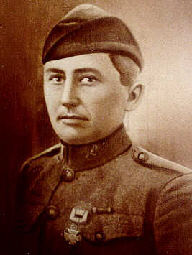 2. Pvt. Herman Davis
Home State: Arkansas
Unit: 29th "Blue-Gray" Division
Remembered for: "The American Sniper" of World War I; Most decorated Arkansan of the war; one of most distinguished 100 Doughboys identified by General Headquarters AEF
Details on Service: Considered an amazing long-distance shooter at 1,000 yards. At least 35 kills in less than a month before being gassed.
Honors: State of Arkansas has dedicated a State Park, Herman Davis State Park, in Manila, Arkansas, which includes a statue of Davis 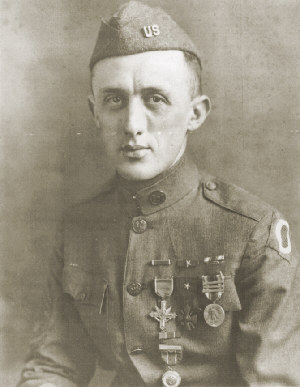 4. Sgt. Paul Smithhisler
Home State: Ohio
Unit: 37th Ohio Division
Remembered for: The most remarkable field reconnaissance of the AEF
Details on Service: Under enemy fire swam the Escaut River in Flanders under water, located the opposing machine guns, trenches and artillery and returned with drawings of all the positions. The river was successfully crossed the next day.
Honors: Medal Honor recommendation currently before Congress, HR 2561 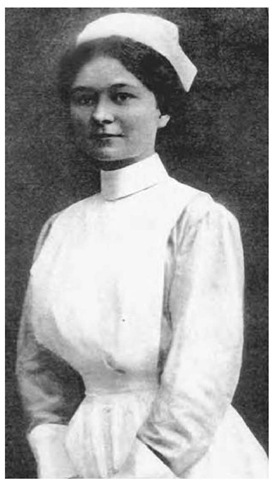 5. Nurse Helen Fairchild
Home State: Pennsylvania
Unit: U.S. Army Medical Svc; British 4th Casualty Clearing Station, Ypres Salient
Remembered for: Beloved figure in both American and British accounts of the war. Considered one of the best recorders of the WWI frontline nursing experience.
Details on Service: Gave gas mask to patient during mustard gas attack in Battle of Passchendaele. This let to a recurrence of earlier medical problems and eventually to her death.
Honors: Buried at U.S. Somme Cemetery; Pennsylvania has dedicated a bridge over the Susquehanna River to her.

6. Capt. Lloyd Williams, USMC
Home State: Virginia
Unit: Marine Brigade, 2nd Division
Remembered for: One of the greatest quotes of WWI: "Retreat, hell we just got here."
Details on Service: Quote occurred around Lucy-le-Bocage near Belleau Wood. Williams was gassed leading an attack in the subsequent battle and then was killed by artillery fire while being evacuated.
Honors: Nominated for Medal of Honor, which was not granted. Major Lloyd Williams Hall at his alma mater, Virginia Tech University is named after him.

7. Sgt. Major Dan Daly, USMC
Home State: New York
Unit: Marine Brigade, 2nd Division
Remembered for: One of the greatest quotes of WWI: "Come on ya sons of bitches, you want to live for ever?
Details on Service: Received two Medals of Honor before WWI (China, Haiti) Daly was subsequently wounded in the battle for Belleau Wood. Returned in October to fight at Blanc Mont where he was wounded a second time.
Honors: Remembered as one of the Greatest Marines in the history of the Corps. Had WWII Destroyer named for him. Was honored on a U.S. Commemorative Stamp issue of four outstanding Marines.

For More Information on Notable Americans Who Served in WWI Visit this webpage.

Next Week: The Retreat of the Serbian Army