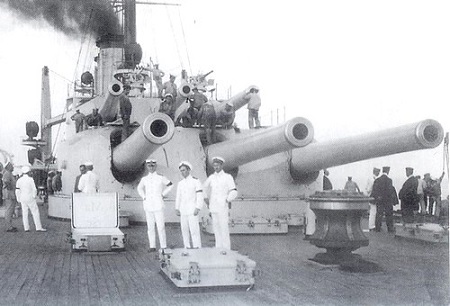 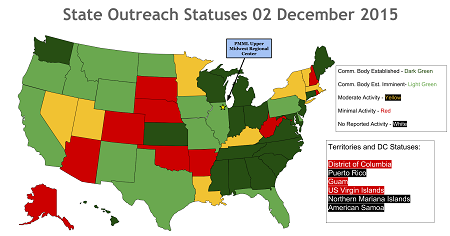 December 3 Collaboration Call - Tomorrow!
We will hold our second State Outreach Collaboration Call in the new format tomorrow, Thursday December 3 at 12 pm EST. This call will focus on Library Exhibitions and we will have a panel of experts from several libraries across the country on the line. Reminders will be sent out the day of the call. The call-in number will be the same as past calls - contact a State Outreach Coordination team member to get on the roster.

Iowa and Maine
Exciting news from our State Outreach Team: Thanks to wonderful volunteer, Virginia Dilkes, we now have contacts with the WWI Committee already in operation in Maine. Virginia also connected with Director of Veterans Affairs for the state of Iowa, who will lead WWI Commemorative activities for the state. Thank you, Virginia!

Highway 395 in Oregon has officially been renamed the “World War I Veterans Memorial Highway.” A dedication ceremony was held Nov. 9. Two signs, built by the Oregon Department of Transportation, are currently being installed; eight more signs will be installed along the highway, once the Bend Heroes Foundation receives the $900 in donations needed for each sign. They are ordered from ODOT, who installs them as payments are made. Donations are tax deductible. For more information, visit the Bend Heroes Foundation website.

We are pleased to report that the WWI Centennial Commission now has a Diplomatic Advisory Board in place. The role of this board is to enhance our outreach efforts to potential sponsors, and to provide counsel, strategy and contacts in the countries where they served. As of today, three former Ambassadors have agreed to be a part of the this board:

The November entry of the Centennial Countdown blog from our friend and WWICC volunteer, Dennis Cross is now posted. This blog looks at what happened last month in the war and the United States 100 years ago. Read it here.

A new issue of the St. Mihiel Trip-Wire is out. Read it here now!

Phase II of the Memorial Design Competition continues. The finalists will submit their polished designs by 9 December. These will go on public display both on the website and at a physical location to be announced. Until then, you can check out the original finalist concepts (and every other submitted concept) on our website.

Please remember that even with the forthcoming polished designs, we can’t build a memorial without donations. Every dollar donated will be matched by our founding sponsor, the Pritzker Military Museum and Library. You can make this memorial a reality by making a donation to the Memorial Fund. Our WW1 veterans deserve a memorial. We can build it.

Rearranging History- opening Dec 15
The exhibit Rearranging History: Daniel MacMorris and the Panthéon de la Guerre addresses the question: What happened to the world's largest painting? At 402 feet in circumference and 45 feet in height, the painting was the most ambitious artistic undertaking during World War I and was the largest painting in the world in 1918. A Kansas City artist, MacMorris helped the Museum acquire the Panthéon de la Guerre in 1956. He then cut and pasted sections from the huge canvas, rearranged them, painted in new individuals and fit the newly configured composition to the north wall of Memory Hall, where it remains today. The exhibition, which opens Tuesday, Dec. 15, explores the vast fragments left behind by MacMorris – the majority having never been seen in public in their current form and not in any format since the Panthéon's last showing in its entirety in 1940. You can read more about it on the National WWI Museum events webpage.

VIRGINIA DILKES!!!! For getting an Iowa commemorative body started up and for uncovering Maine’s WWI committee. Thank you so much!

Hell's Handmaiden - Canadian Flying Ace Billy Bishop : WHO DID WHAT IN WORLD WAR 1?

Published on Nov 30, 2015. William "Billy" Bishop was not only the top Canadian flying ace but also one of the most successful flying aces of World War 1. With 72 confirmed victories, he soon became the fear of the German Jagdstaffeln who actually put a bounty on his head and called him Hell's Handmaiden. Surviving one of the bloodiest theatres of war, the sky above the Western Front, Billy Bishop's skill made him a national hero.

Why Don't You Use Modern Names For Cities? Who Was A Capable Commander in WW1? : OUT OF THE TRENCHES

Published on Nov 28, 2015. Indy sits in the chair of wisdom again and this time answers two questions that you were asking a lot. He explains his policy for naming places in a historical context and if there were any good commanders actually.

Pride Comes Before The Fall - British Trouble in Mesopotamia : THE GREAT WAR - Week 70

Published on Nov 26, 2015. Far away from the Western Front, the British Indian Army gets intro trouble in Mesopotamia against the Ottoman Empire. In the Alps, the Fourth Battle of the Isonzo is proving just as disastrous to the Italians the other three before. And in Serbia the situation is getting darker and darker as Nis is falling to the Central Powers. All while the flying aces of World War 1 are fighting it out in the skies over the Western Front. 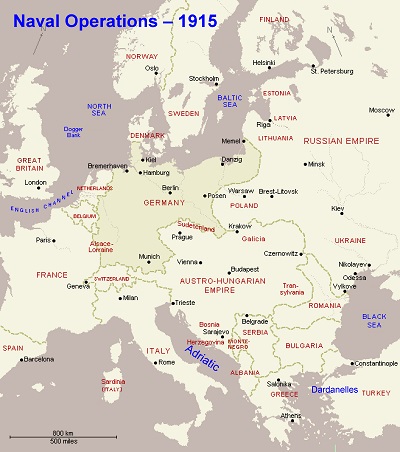 In 1915, the surface fleets played their most prominent role in the war. The European War of 1914, in 1915, became a World War. Their navies we roaming the world prewar, and gave the combatants an instant capability of projecting force to distant shores and harassing opposing forces and their colonies overseas. This began from the start of the war in all the world's oceans.

The U-boat War was still ramping up. Sinkings during the year averaged roughly 100,000 tons of shipping /month. That would double in 1916, and peak at 500,000/ per month in 1917 before the convoy systems became effective.

A. In the Narrow Sense: Signals

Wireless communication and undersea cable were used to communicate with ships at sea and forces deployed overseas during the period. By the outbreak of war, both sides had world-wide networks for strategic communication. Yours needed to be protected, theirs needed to be destroyed. Bombarding radio stations and cutting of cables was on-going. Also, listening to enemy signals became highly refined.

The only Dreadnought vs. Dreadnought battle of the year: Dogger Bank, 24 January, was initiated to clear the North Sea of spying fishing trawlers that were listening into the radio communications of the High Seas Fleet. The Germans lost an armored cruiser SMS Blucher, but scored a lot of hits on the British Battle Cruisers that arrived on the scene. The Germans learned lessons about the vulnerability of magazines to the flash from exploding shells and adapted designs accordingly. The British did not and would lose 5 ships in 1916 at Jutland to this effect.

B. More broadly – Creating and Protecting Lines of Communication

“THE roads which lead from the position of an army to those points in its rear where its depots of supply and means of recruiting and refitting its forces are principally united, and which it also in all ordinary cases chooses for its retreat, have a double signification; in the first place, they are its lines of communication for the constant nourishment of the combatant force, and next they are roads of retreat.”
-Von Clausewitz 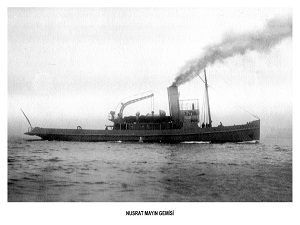 1. The English Channel & North Sea: Both the Main British Access to the continent and source of danger.

2. The Baltic: The German Navy attempts to end-run the Eastern Font

Book:
The Great War at Sea: A Naval Atlas, 1914-1919 by Marcus Faulkner and Andrew Lambert

Website:
The War at Sea from WWI Document Archive

Next Week: The First Year of War on the Italian Front 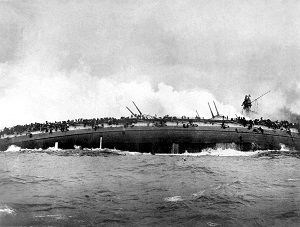