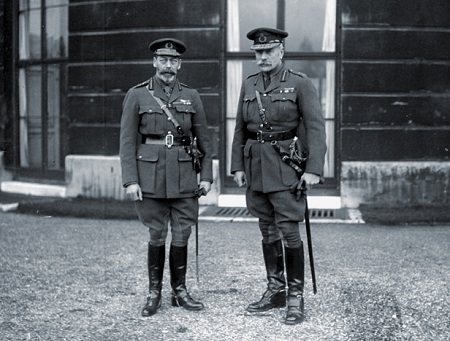 The final concepts are on the Commission's Stage II Design Development webpage. Read all about the concepts and examine high-definition pictures; post your comments, too. Additionally, the design concepts are currently on easel display in the lobby of the John A Wilson Bldg, caddy-corner to Pershing Park. The the John A Wilson Bldg is at 1350 Pennsylvania Avenue, NW, Washington, DC 20004. This display will be available to the public through December 22nd. We encourage everyone to check out these design concepts online or in-person.

The Design Oversight Committee will deliberate over the winner of the design competition January 5-7 here in Washington, DC. Our formal announcement will coincide with our 10th Commission Meeting on January 25th. We will post more details on this as we get closer.

Please remember that even with these polished design concepts, we can’t build a memorial without donations. Every dollar donated will be matched by our founding sponsor, the Pritzker Military Museum and Library. You can make this memorial a reality by making a donation to the Memorial Fund. Our WW1 veterans deserve a memorial. We can build it.

The Commission continues to add former US Ambassadors to foreign countries to our Diplomatic Advisory Board. The role of the Diplomatic Advisory Board is to enhance outreach as we bring together new sponsors and partners for our commemorative activities, and to provide counsel, strategy and contacts in the countries where they served. We currently have seven members of the Board:

The first meeting of the DAB will be on January 13th here in DC.

This week the Commission’s Executive Director Dan Dayton met with Mike Flynn of the Independence Seaport Museum, which is home to USS Olympia. Launched in 1892, the cruiser Olympia (C-6) is the oldest steel warship afloat in the world. She fought in the Spanish American War in 1898. During WWI, the Olympia served with anti-submarine escort convoys protecting shipping in the Atlantic from German U-boat attacks. Later, she was sent to Murmansk to engage the Bolsheviks in the newly formed USSR.

Following WWI- Olympia was the most significant commissioned US warship capable of making the journey, the Olympia was selected for the honor of bringing the Unknown Soldier home for interment in the United States. We are happy to form this relationship with the Independence Seaport Museum in Philadelphia, and we will work together with the Museum and the Pennsylvania WWI Centennial Committee to help tell the story of Olympia.

Chris Isleib, Director of Communications for the Commission, announced:

The First Soldier of Belgium - King Albert : I WHO DID WHAT IN WW1?

Published on Dec 14, 2015. King Albert I of Belgium was not was by any means no regular monarch. It was already unlikely that he became King in the first place and when he did, he tried everything he could to distance himself from King Leopold II who had reigned before him. After the outbreak of World war 1 he tried everything he could to keep up the morale on the Yser Front, the last part of Belgium not occupied by the Germans.

How Did Submarine Warfare Change During World War 1? : OUT OF THE TRENCHES

Published on Dec 12, 2015. Indy sits in the Chair of Wisdom again to answer your questions of WW1. This time we are talking about submarine warfare during the First World War.

Published on Dec 10, 2015. Serbia is breaking under the pressure of the Central Power invasion and the last troops and civilians flee through the Alps. The final decision to evacuate Gallipoli is made and the British Indian Army gets under siege in the town of Kut Al Amara in Mesopotamia. The end of 1915 certainly looked grim for the Entente. The morale in Italy was also at a low point after the Fourth Battle of the Isonzo river ended like the three before. 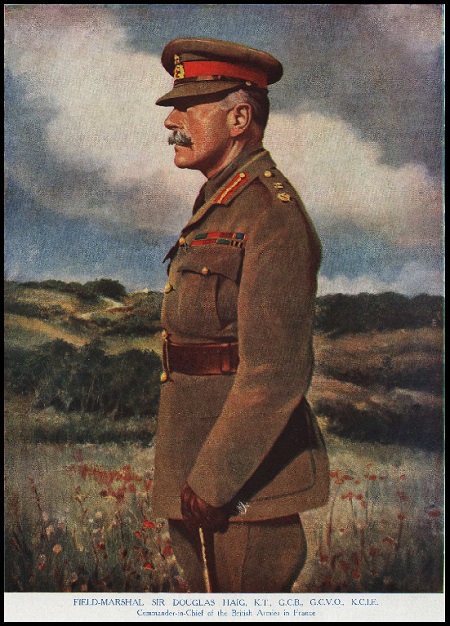 At the end of the Great War and into the 20s, the reputation of Douglas Haig (1861-1928), commander-in-chief of the victorious British Army in Europe, was as high as Dwight Eisenhower's would be in 1945. No lesser figure than John J. Pershing called Haig the "man who won the war." Ardent pacifist and nurse Vera Brittain wrote of the inspiration Haig's Order of the Day gave her and everyone at her hospital in the dark hours of April 1918. Two hundred thousand of his former troops passed by his coffin in tribute when he died in 1928.

Then the legend was shattered. The memoirs and poems of the veterans started appearing, telling a different story from the official sources that had been used to shape public opinion about the war effort. The survivors of the trenches told of ill-considered strategy and mindless attritional war. David Lloyd George then skillfully applied what seemed to be the coup-degrâce in his War Memoirs, when the former war leader accused Haig of being "a second-rate commander" lacking "imagination and vision." Since then there has been no end to the critics of Douglas Haig. They focus especially on his conduct of the Battles of the Somme and Passchendaele.

There have been others, however, including some highly respected historians – who take exception to much of the negative commentary about Haig's leadership. They point out that the Somme and Passchendaele are not the whole story, that the eventually victorious 1918 campaign must also be considered. Historians will probably refight this great "Haig Debate" as long as the war is remembered. However, at the time of his appointment to supreme command he was, undoubtedly, the best qualified man to replace Sir John French, who had been found wanting as commander of the BEF during the first year and one-half of the Great War.

Some key points in Haig's career:

Book: Haig: The Evolution of a Commander by Andrew Wiest