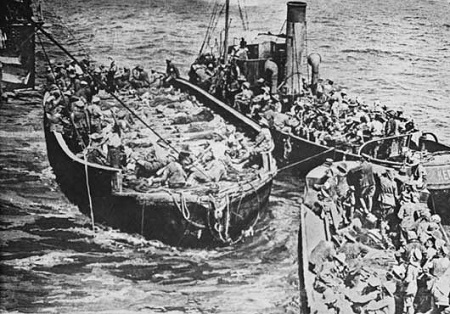 2. The Georgia WWI Centennial Commission Website is Live
3. The December Centennial Countdown Blog is Out
4. Three New Videos in the Commission Video Library
Read more below!

We will hold our next State Outreach Collaboration Call tomorrow Thursday January 7 at 12 pm EST. This call will focus on ‘Organizing a Commemorative Body’ and we will have a panel of experts from several state commemorative bodies from across the country on the line. This will be a great call for all up-and-coming state commemorative bodies to attend and to learn about what other states have done. Reminders will be sent out the day of the call.

It's not too late to get on the call roster - contact a State Outreach Coordination team member if you would like to join.

The next WWI Centennial Commission meeting will take place on Monday, January 25, at 10 am at our office here in DC : 1776 G St NW. The Commissioners will vote on the winning design concept for the WWI Memorial at Pershing Park. At 2 pm that same day, we will hold a press conference at the National Press Club to announce the winning concept.

The Jury Deliberates Next Week

The Design Competition jury deliberated yesterday, is currently deliberating today, and will continue to deliberate tomorrow over the winner of the design competition. Today, Wednesday, January 6, each finalist will present their design concept to the jury in a meeting at Jones Day Law firm. This meeting is open to the public. Presentations began at 9 am and are expected to conclude around 5 pm. The formal announcement of the winner will coincide with our 10th Commission Meeting on January 25.

Georgia WWI Centennial Commission Website Active Now
Georgia played a significant role during America's participation in World War I. It was home to more training camps than any other state and contributed more than 100,000 men and women to the war effort by the war’s end. Governor Nathan Deal signed the law that created The Georgia WWI Centennial Commission last summer and now is the latest state commemorative body to stand up its own webpage, hosted on the national Commission’s website. We encourage everyone to visit the Georgia WWICC webpage.

Dennis Cross has published his December installment of the Centennial Countdown blog. This blog reviews what happened this month around the world 100 years ago. Among many, many other happening, in December 1915, the Allies evacuated Gallipoli and President Wilson announced his military preparedness measures to congress. To read all about what happened last month 100 years ago, visit the blog here.

We have three new videos in the Commission's Video Library on our website.

You can view all of these videos on the Commission's Video Library.

We’ve had an exciting uptick in donations in the last week of December. Donations that week amounted to approximately 1/9 of our donations for the year! Even more exciting, the trend seems to be continuing. So, for this week’s shout out, we’d like to give a BIG THANK YOU to everyone who donated last year and this year so far to help commemorate and our First World War veterans!

Preparing for 1916 - The Year of Battles : THE GREAT WAR - Week 75
Published on Dec 31, 2015. 1915 was a year for the Central Powers except on the Western Front where the stalemate continues. But plans are being made on both sides to gain an advantage. Preparations for huge offensives are on the way and one French fortress is the focus of the German Army: Verdun.

The Great War 100 Years Ago: Evacuation from Gallipoli 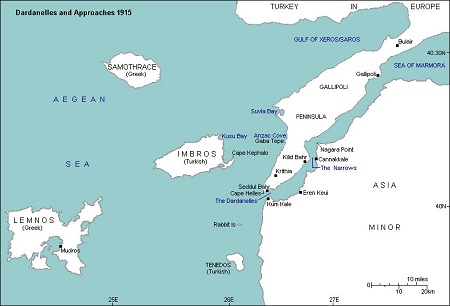 This week marks the 100th anniversary of the evacuation of the Gallipoli Peninsula, the liquidation of the failed Dardanelles Campaign

1. The only success of the Gallipoli campaign was the withdrawal of over 135,000 men under the enemy guns in December 1915 and January 1916. Hardly a life was lost.

2. Here's a brief summary of what happened from the Australian Department of Defense:

Following the failure of the August offensive, the commander of the Mediterranean Expeditionary Force (MEF), general Sir ian Hamilton, knew the best he could hope to achieve in the short term was to establish a defensive line strong enough to deter any future Turkish attack. While Hamilton believed a decisive victory was still possible,he also knew that this would require additional divisions. Facing an impasse, the British Cabinet acted and on October 14, 1915, replaced Hamilton with General Sir Charles Monro, an experienced commander from the Western Front. Monro concluded that an evacuation was the only course of action open. Reluctantly on November 22, Kitchener and the British Cabinet endorsed Monro’s recommendation. Lieutenant General William Birdwood was confirmed as commander of the Dardanelles Army. Birdwood’s new Chief of Staff, Brigadier General Brudenell white, started work on the evacuation plan. White considered that a successful evacuation rested on three factors: the ottomans must be deceived until the very last moment; the final stage of the evacuation must not take longer than two nights; and Anzac Cove must be evacuated simultaneously with Suvla Bay. 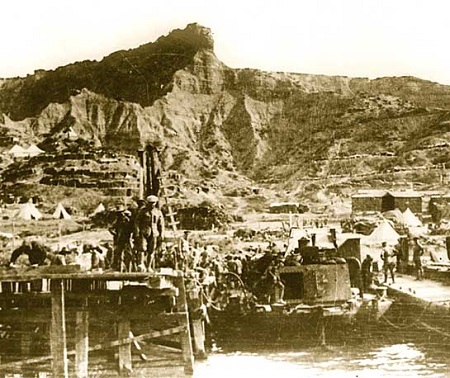 White’s most difficult issue to be decided was how to conduct the evacuation. whether to conduct a fighting withdrawal to the beaches, or to hold the front line with a small rearguard while the main body of troops were silently evacuated? Despite the clear risk of any rear guard being overrun, White was a firmer advocate for the latter course of action. He reasoned that because the enemy was so close, a fighting withdrawal would inevitably lead to the ottoman forces firing directly onto the evacuation beaches. This would have disastrous consequences for any embarking force. Deceiving the ottoman forces about the evacuation, while holding the line with a small rearguard, was the only viable option.

At the beginning of December the Anzac-Suvla garrison numbered 85,000 men, 5000 animals, 200 guns and significant stocks of food and ammunition. All the usual daily activates were maintained. By mid-December under a careful program of phased evacuations carried out by the navy, the size of the garrison was down to 18,000 men with 28 artillery pieces. On the night of December 19 only 5000 men remained ashore in Anzac-Suvla Bay, facing 60,000 ottoman troops. By 10pm, 1500 men remained in the frontline trenches and at 1.30am the final withdrawa lbegan. A mine under the ottoman lines at the nek was fired at 3.30am and the remaining supply dumps fired. By 4am there were no defenders left ashore at Anzac.

The success of the Anzac-Suvla evacuation gave encouragement for those tasked to evacuate the British and French forces at Helles. However, with the element of surprise now lost, this evacuation was going to be more difficult. An Ottoman offensive on January 7, 1916, was repulsed with heavy losses and convinced the enemy that an evacuation at Helles was not being considered. in fact the evacuation begun that very night and, using techniques developed at Anzac and Suvla, all troops were evacuated by January 8. like Anzac and Suvla, a substantial force was evacuated from Helles with only a single casualty. The evacuations were brilliantly conducted and their success was regarded as some consolation in an otherwise disastrous campaign.

3. Why did the Gallipoli Campaign fail?

Historian Tim Travers says succinctly: "The reason the Allied campaign did not succeed at Gallipoli, [was] that most senior officers lacked experience of modern industrial war and thought that the attack was simpler than it actually was in 1915."

Defeat at Gallipoli by Nigel Steel and Peter Hart

Australian War Memorial Photo Collection
a. Go to this page: https://www.awm.gov.au/military-event/E76/
b. Search for: "Gallipoli evacuation"

Next Week: The New Character of the War in 1916