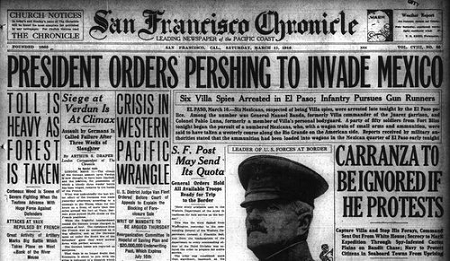 The next meeting of the WWI Centennial Commission will be on Monday, January 25, at 10 am. The main agenda item for this meeting is a Commissioner vote on the design competition jury’s recommended design concept for the National WWI Memorial at Pershing Park.

PLEASE NOTE- the Commission meeting has changed venues. It will not be held at the Jones Day Law Firm at 51 Louisiana Ave NW, Washington, DC 20001, not at the WWI Centennial Commission's national offices on G St as originally planned. Please email Meredith Carr for details if you plan to attend in person.

After the Commission meeting, we will hold a press conference at the National Press Club to announce the winner of the National WWI Memorial at Pershing Park design competition. The press conference will start promptly at 2 pm EST in the First Amendment Room. We invite and encourage everyone to come to our big announcement!

Along with all of our Commissioners, in attendance we will have:

Members of the Media: All major national outlets have been invited. We will be sharing the day’s events on all of our social media sites- so follow the announcement on FB, Twitter, Instagram and Periscope!

How you can help:
Our press annonuncement is being picked up by outlets across the country- just last night the St. Louis Post Dispatch posted a nice piece on the competition and upcoming announcement.

If you have a contact at your local media outlet or network affiliate, please feel free to share our media advisory with them. Our main point of contact for all media is Chris Isleib - please keep him posted on any leads!

Collaboration Call
Two weeks from tomorrow, on Thursday February 4, the State Outreach Team will host its monthly Collaboration Call. The focus of this call will be 'Archives and the Centennial' - how they can commemorate WW1 and how others can use them to commemorate the war. Our panelists will include Mitch Yockelson from the National Archives and Record Administration, Graham Neely from the Alabama State Archives, and a third to-be-determined panelists.

If you would like to be added to the Collaboration call roster, email Andrew McGreal.

Published on Jan 18, 2016. From the iconic Pickelhaube to the almost legendary Stahlhelm and the field grey color, German military uniforms of World War 1 are instantly recognizable. But there is more to them than just the spiky leather helmet that was often used in enemy propaganda. In our new special episode we are talking about the details of the German uniforms in the First World War.

Battle of Mojkovac & The Biggest Artillery Gun in World War 1 : OUT OF THE TRENCHES

Published on Jan 16, 2016. Indy sits in the chair of wisdom again to answer your questions about World War 1. This week we are talking about the Battle of Mojkovac and the Paris Guns.

The Invasion Of Montenegro - The End of Gallipoli : THE GREAT WAR - Week 77

Published on Jan 14, 2016. It already started around Christmas but this week the evacuation of Gallipoli is complete. While the evacuation was a success, the overall defeat is inarguable for the British. On top of that the Ottomans can now send 40.000 soldiers to the siege of Kut in Mesopotamia where the British are still awaiting relieve. At the same time the Austro-Hungarian Army starts its invasion of Montenegro and the Western Front is still quietly awaiting the offensive at Verdun. 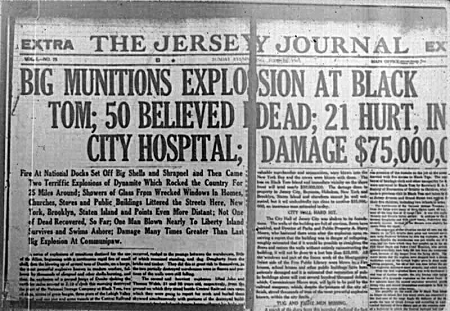 In 1916 America was not yet a belligerent in the War, but it was deeply involved.

The German Submarine Menace Continues
The sinking of French Ferry Sussex with 50 Dead followed by Wilson's threat of breaking diplomatic relations leads to Sussex Pledge of 4 May 1916 promising no sinking of passenger ships, and merchant ships would be sunk only if presence of weapons established by a search and the safety of passengers and crew respected. This takes the submarine matter off the table for the rest of 1916.

American Volunteers are Playing Visible Roles in the War
-May 18th - Kiffin Rockwell of Asheville, NC, and the Lafayette Escadrille is the First American to shoot down an enemy aircraft.
-Many medical volunteers and ambulance drivers would become involved in the Battle of Verdun.

Preparedness
-President Wilson Endorses Preparedness on Jan 27th; parades and events are conducted throughout the year. Over 100,000 parade in New York and Chicago. This activity generates and Anti-Preparedness Movement which adapted the 1915 hit "I Didn't Raise My Boy to Be a Soldier."
-July 22nd Terror in San Francisco,10 killed in Bombing at the Preparedness Day Parade

Military Reform and Expansion
Declaring that America required "reasonable preparedness" to protect national honor and Western hemisphere security, President Wilson sent Congress what, after extraordinary wrangling and bargaining, would become the National Defense Act of June 3, 1916, and the Naval Appropriations Act of August 29, both giving preparedness advocates most, though not all, of what they wanted. The Army's strength was doubled to 216,000 men and 11,450 officers; the ranks of its generals climbed from 36 to 54; Navy capital ships were doubled to 60; a Reserve Officers Training Corps (ROTC) was created for colleges; and the militia, to be called the National Guard, was boosted to a potential 457,000 (with significance, supervised closely by the Regular Army), would take an oath to the United States as well as to the state in which each unit was raised, and could be ordered into national service by the president in an emergency. Additionally, the president in wartime could take over the nation's factories.

Relations with Mexico
The ongoing interest in the Mexican Civil War leads eventually to the Punitive Expedition led by General Pershing. March 14, 1916, to February 7, 1917

Presidential Election of 1916
-Charles Evans Hughes for the Republicans campaigned against Wilson's apparent pacifist stance, arguing for a program of greater mobilization and preparedness, and attacked Wilson's interventions in the Mexican Civil War.
-Wilson was helped by his campaign slogan, "He kept us out of war. " But he made one very provocative comment during the campaign to the effect that sooner or later, another global conflict will occur – and, “this is the last war of the kind, or of any kind that involves the world, that the United States can keep out of.”

Presidential Peace Overtures
-In May 1916, Wilson publicly endorsed U.S. participation in a post-war international security organization as a way to entice the belligerents into welcoming a U.S. mediation initiative.
-He followed this gambit up in December with a formal call for the belligerents to state the exact objects for which they fought.
-In January 1917, gave an impassioned plea that the war end with a “peace without victory” and the establishment of a “League of Peace” that would include the United States.

Reading: Wilson and the Progressive Era by Arthur Link.

Next Week: New Strategies for the Western and Eastern Fronts