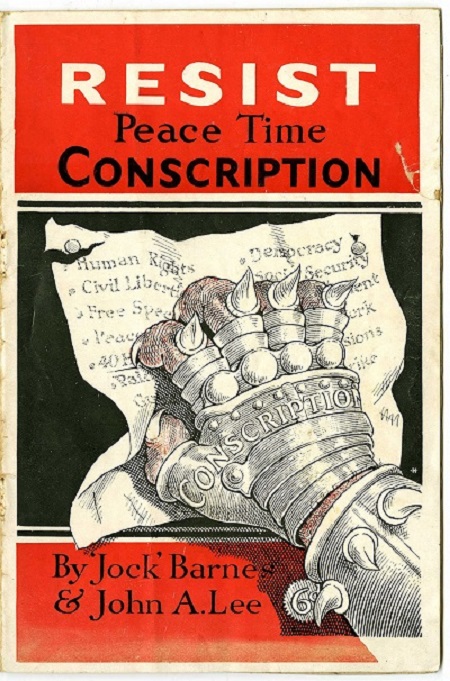 West Virginia
Last week, West Virginia held an organizing call and established a path forward to establishing a state WWI commemorative body. The call included representatives from the state legislature and the governor's office as well as various volunteers. We are excited to hear about their progress!

Louisiana
Louisiana is holding an organizing call later this afternoon with a variety of stakeholders, including museums and historical societies, with help from the National WWII Museum in New Orleans.

Collaboration Call
Tomorrow Thursday February 4, the State Outreach Team will host its monthly Collaboration Call. The focus of this call will be “Archives and the Centennial.”
This call will examine on how state commemorative bodies can utilize resources from the national and state archives or from their State Archives to help with commemorative planning, and how archives themselves can commemorate the war. We’ll hear current examples as well as ideas and suggestions for future use. Our panelists will include Dr. Mitch Yockelson from the National Archives and Record Administration, and Graham Neeley from the Alabama Department of Archives and History.

Special State Outreach Seminar: “Creating Your Digital Footprint” - Feb 18
For those state commemorative bodies that are organized and interested in building a state webpage on the national commission’s website, the national state outreach team with host a special state outreach seminar called “Creating Your Digital Footprint” on Thursday February 18 at 12pm EST. The call is intended for those individuals who will actually be their state’s section of the website.

If you would like to be added to the Collaboration Call roster, email Andrew McGreal.

“Songs of the Great War"
At St. John’s College in Annapolis on Friday, February 12, 8 p.m. - John Brancy and Peter Dugan will perform their tribute “Songs of the Great War.” This program pays tribute to the World War One centennial and unites songs by British, German, French, and American composers whose lives and music were influenced by World War I. Find out more here.

Black History Month
On Thursday, February 11, 2016 at 6:00pm, Jeffrey Sammons and John Morrow, Jr - two of members of the Commission’s Historical Advisory Board members - will be at the Pritzker Military Museum & Library on Feb 11 for a book talk on: Harlem's Rattlers and the Great War: The Undaunted 369th Regiment and the African American Quest for Equality.
From its beginnings in the 15th New York National Guard through its training in the explosive atmosphere in the South, its singular performance in the French army during World War I, and the pathos of postwar adjustment—Harlem's Rattlers and the Great War reveals as never before the details of the 369th's experience, the poignant history of some of its heroes, its place in the story of both World War I and the African American campaign for equality, and its full importance in our understanding of American history. This event is sponsored by the United States World War One Centennial Commission.

90th Annual Black History Luncheon - Feb. 20
The Association for the Study of African American Life and History( ASALH ) is hosting their 90th Annual Black History Luncheon on February 20th. The event will be held at the Washington Renaissance Hotel, 999 9th Street, NW, Washington, DC 20001. From 10:00 a.m. – 12:00 p.m., 30 authors will be on hand to sell and sign their books. The authors event is free and open to the public. Authors of African American Doctors of WWI Joann Buckly and Douglas Fisher will be signing books.

Make Way for Democracy!
The National WWI Museum and Memorial created in partnership with the Google Cultural Institute, Make Way for Democracy!, which portrays the lives of African Americans during the war through a series of rare images, documents and objects. Check out this compelling online exhibit here.

‘Education’ is one of the Commission’s key tenets. We are inviting all volunteers who want to participate to a special conference call where we will discuss education and how they can help us in that department. We will host that call later in February. If you are interested please contact Rebekah Wilson.

Volunteers Needed: Mentors - we are ramping up our internship program and we need volunteers who can help mentor our interns. Our interns want to specialize in a variety of fields; you can help them along their career paths with a conversation or two and some resume assistance. Please contact Rebekah Wilson if you want to help and we will connect you with an intern interested in your field.

To Mike Fulton, who helped organize the West Virginia call and was able to get all those key stakeholders in the room.

To Stephen Taber, who is making major strides in Massachusetts to organize a WWI committee.

To Larry Marquardt in Iowa, who is working hard at organizing the state of Iowa.

To Nancy Schaff for plowing forward and working with our partners on creating youth-group programming.

Edith Cavell - Not A Martyr But A Nurse : WHO DID WHAT IN WW1?
Published on Feb 1, 2016. The execution of British nurse Edith Cavell by German soldiers in 1915 was instrumental to British propaganda at that time and the story became legend. But who was Edith Cavell really? Find out more about the humble nurse in Brussels and if she was really a spy after all.

What Happened After A Trench Was Captured? : OUT OF THE TRENCHES
Published on Jan 30, 2016. It's time for the chair of wisdom again and this week we talk about the trenches, balloon observers and well, Emilio Esteves.

The Kaiser's Birthday - Hypocrisy in Greece I THE GREAT WAR - Week 79
Published on Jan 28, 2016. Even though Britain went to war over the violation of the Belgian neutrality by the Germans, the neutrality of Greece seems to be of no concern to the Entente. The military presence on Corfu and Salonika is growing and growing. And even though there is no fighting there, the soldiers have to suffer since general Malaria is taking his toll. In the week of the Kaiser's birthday, the diplomatic tensions between the USA and Germany are increasing and on the Western Front Trench Foot is becoming a real problem.

The Great War 100 Years Ago: 1916 – Conscription in Britain and the Manpower Problem 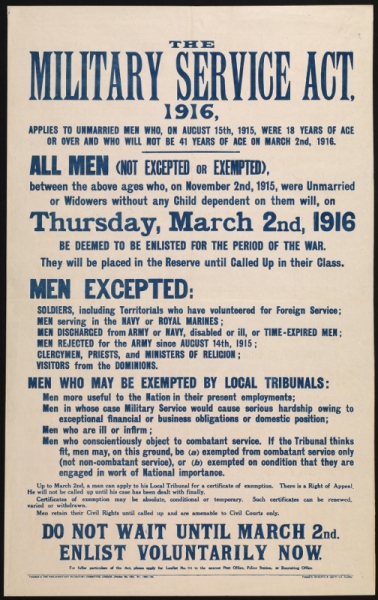 Conscription: The forcible enlistment into the armed forces.

By the Armistice, the British Empire and Commonwealth would mobilize 8.7 million soldiers. 5.6 million from Great Britain and Ireland, the rest from its other countries. Great Britain entered the war without conscription and attempted to raise a "New Army" strictly by recruiting volunteers. Lord Kitchener’s campaign – promoted by his famous "Your Country Needs You" poster – had encouraged over one million men to enlist by January 1915. But this was not enough to keep pace with mounting casualties. By early 1915 the voluntary recruitment had reached its limits. A new voluntary scheme was initiated by Lord Derby, but by the end of 1915 had failed. The government saw no alternative but to increase numbers by conscription – compulsory active service. Parliament was deeply divided but recognized that because of the toll taken on the morale of the France and her army, immediate action was essential.

On 27 January 1916 the Military Service Act received Royal Assent and went into effect on 2 March. This imposed conscription on all single men aged between 18 and 41, but exempted the medically unfit, clergymen, teachers and certain classes of industrial worker. Conscientious objectors – men who objected to fighting on moral grounds– were also exempted, and were in most cases given civilian jobs or non-fighting roles at the front. Follow-up legislation passed in May 1916 extended conscription to married men. In 1918 during the last months of the war, the Military Service Act (No. 2) raised the age limit to 51. Conscription was extended until 1920 to enable the army to deal with continuing trouble spots in the Empire and parts of Europe.

Around the Commonwealth: Broadly but Not Comprehensively Adopted

By January 1916, when conscription was introduced, 2.6 million men had volunteered for service another half million would volunteer before the Armistice; 2.5 million were conscripted in the U.K. before the end of the war.

Conscription was not popular and in April 1916 over 200,000 demonstrated against it in Trafalgar Square. Men who got called up for service could appeal to a local Military Service Tribunal. Reasons included health, already doing important war work or moral or religious reasons. The last group became known as the Conscientious Objectors. 750,000 men appealed against their conscription in the first 6 months. Most were granted exemption of some sort, even if it was only temporary. Only 2% of those who appealed were Conscientious Objectors. Despite the legacy of this group only 6,000 were sent to prison. 35 received a death sentence but were reprieved immediately and given a ten year prison sentence instead.

Next Week: 1916 Operations in Mesopotamia