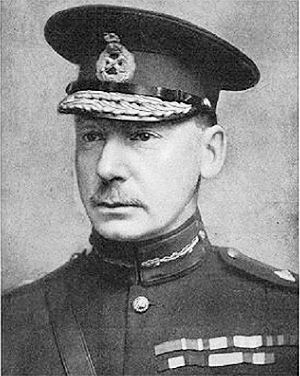 Texas
Exciting news from Texas! Governor Greg Abbott has officially named the Texas Historical Commission as the lead agency for Texas’ WW1 centennial commemoration. For those familiar with our state outreach world, that means Texas has gone dark green! A group of dedicated volunteers have worked persistently to set up a commemorative body in the Lone Star State. So far, their grassroots effort has connected with more than 100 organizations and entities in the state. Their hard work is now paying off. Congratulations to all of the these volunteers and to everyone who helped make this happen in the great state of Texas.

Special State Outreach Seminar: “Creating Your Digital Footprint” - Feb 18
For those state commemorative bodies that are organized and interested in building a state webpage on the national commission’s website, the national state outreach team with host a special state outreach seminar called “Creating Your Digital Footprint” on Thursday February 18 at 12pm EST. The call is intended for those individuals who will actually be their state’s section of the website.

If you would like to be added to the Collaboration Call roster, email Andrew McGreal.

Representatives Rangel, Cleaver, Bishop and Brown will host a Capitol Hill briefing celebrating Black History Month on Thursday, February 25, 2016 - 2:30-4:00 p.m. in Room B-318 of the Rayburn House Office Building. The briefing will focus on the contributions that African Americans made during World War I.

The Embassy of Belgium is looking for exhibition partners in the US for their travelling exhibit entitled “The Great War in Great Outlines.” The exhibit will be in the US from January 2017 to June 2017. It was created by the Belgian National Institute for Veterans and Victims of War for the Belgian Ministry of Foreign Affairs. The Commission has endorsed this project.

If you know of an organization that might be interested in hosting the exhibit, we have a presentation detailing the characteristics of the exhibition. Email Meredith Carr if you’re interested in learning more.

Robert J. Laplander - Author and Historian of the Lost Battalion - has a project that is now live on the Commission website. He has been working for many years to track one particular missing serviceman from WWI, and has in the process developed an enormous amount of information and resources.

Doughboy MIA seeks to identify the final resting places 4,422 missing doughboys and to identify 1,679 unknown WWI American soldiers buried in Europe through investigations of archival records and registrations. Robert began this project amidst a personal 12 year long odyssey to identify where missing-in-action Pvt. Eugene McGrath was buried - a mission he is close to concluding. Robert reasoned that if he could identify one unknown and/or missing soldier, the same could be done for so many more.

To view this webpage, go here.

‘Education’ is one of the Commission’s key tenets. We are inviting all volunteers who want to participate to a special conference call where we will discuss education and how they can help us in that department. We will host that call later in February. If you are interested please contact Rebekah Wilson.

Volunteers Needed: Mentors - we are ramping up our internship program and we need volunteers who can help mentor our interns. Our interns want to specialize in a variety of fields; you can help them along their career paths with a conversation or two and some resume assistance. Please contact Rebekah Wilson if you want to help and we will connect you with an intern interested in your field.

Zeppelins - Majestic and Deadly Airships of WW1 : THE GREAT WAR Special
Published on Feb 8, 2016. Zeppelins pioneered the skyways, could fly long distances and reached heights like none of the British fighter-interceptor aircrafts before. Because of that, they were used for scouting and tactical bombing early in the First World War. In this special episode we introduce these majestic floating whales and their usage in WW1.

Did Germany and Britain Trade Rubber And Optics in WW1? : OUT OF THE TRENCHES
Published on Feb 6, 2016. Indy sits in the Chair of Wisdom again and this week we talk about a strange story in which Germany and Britain actually traded goods during wartime.

Germany Aims For Verdun - Russia Goes South : THE GREAT WAR Week 80
Published on Feb 4, 2016. The preparations for the huge German offensive at Verdun are almost complete. Thousands of artillery pieces are moved, millions shells brought to the front. Erich von Falkenhayn would soon unleash is offensive on the Western Front. At the same time, Russia headed south to the Caucasus once more in search for a desperately needed victory against the Ottomans.

The Great War 100 Years Ago: 1916 –Operations in Mesopotamia 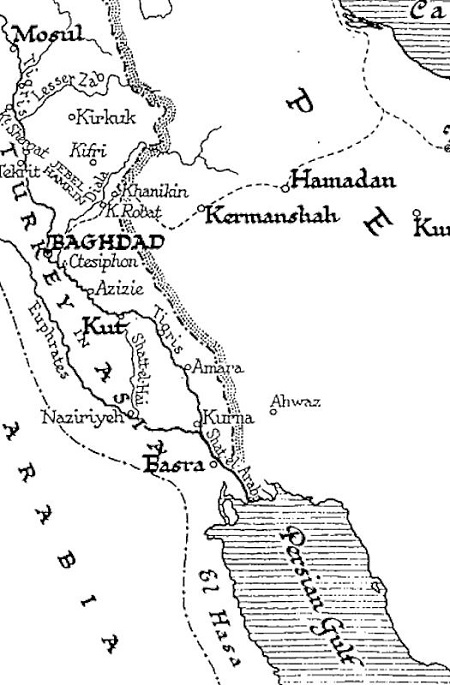 Turkey's entry into the war on 29 October 1914 immediately prompted Britain to open a new military front in the remote Ottoman province of Mesopotamia (present-day Iraq).

British and Indian troops, sent to the Persian Gulf in early November to protect British oil interests at Abadan, made rapid progress inland against weak Turkish resistance. In less than a month, they had occupied the towns of Basra and Kurna, capturing more than 1,000 Turkish prisoners and losing just 65 of their own men.

Despite the unforgiving climate, British forces continued to march steadily up the River Tigris in 1915. By 28 September, under the leadership of General Charles Townshend, they had taken the town of Kut-al-Amara just 120 miles south of Mesopotamia's major city, Baghdad. Scornful British estimates of Turkish fighting capabilities seemed to be amply borne out by events - witness, for example, the timorous surrender of 2,000 Turkish soldiers to a tiny British advance force in the garrison town of Amara in June 1915.

The tide turned quickly, however, at the Battle of Ctesiphon (22-26 November 1915). Envisaged as a trouble-free prelude to the final march on Baghdad, it was a bloody affair, in which Turkish troops - under the command of Yusef Nur-ed-Din - withstood heavy casualties to defeat Townshend's attacking forces.

More than half of the 8,500 British and Indian troops who fought at Ctesiphon were killed or wounded. The survivors then endured a dangerous and exhausting retreat to Kut-al-Amara without decent medical or transport facilities.

Sir Charles Townshend was shut up in Kut on December 4th, 1915, with about 9,500 effective troops, 3,500 followers, and 1,500 sick and wounded. The Tigris Corps, which included units brought from France and Egypt, was hastily formed to relieve him. General Aylmer was in command of the Tigris Corps, and General Gorringe was his Chief of Staff.

Bolstered by 30,000 reinforcements, Turkish troops besieged Townshend's forces in Kut-al-Amara before the Allied troops could act on the British War Cabinet's advice to withdraw further down the Tigris. The siege of Kut-al-Amara lasted 147 days, before the 11,800 British and Indian troops inside the garrison town finally surrendered on 29 April 1916.

Conditions during the siege were appalling. In bitterly cold weather and with little medical treatment, many of the soldiers did not survive the winter. Several attempts were made to relieve the besieged town, but they encountered stubborn Turkish resistance and all ended in failure. For instance, the relief force under the command of General Aylmer suffered heavy losses at Hanna in January 1916 and at Dujaila two months later.

The surrender of Townshend's army in late April 1916 shocked people in Britain, for whom the Mesopotamia campaign had previously been a distant - and largely successful - venture. Kitchener rushed to defend the honor of the British and Indian forces at Kut-al-Amara, but it was impossible to avoid the fact that - after the humiliating retreat at Gallipoli - Allied forces had suffered another defeat at the hands of the despised Turks.

While the surrender of Kut-al-Amara led in London to the creation of a parliamentary committee of inquiry into operations in Mesopotamia, far more horrific repercussions were taking place on the ground. Captured British and Indian soldiers were brutally treated on their march to Turkish prisoner-of-war camps in Anatolia. Of the 11,800 men who left Kut-al-Amara with their captors on 6 May 1916, 4,250 died either on their way to captivity or in the camps that awaited them at the journey's end. General Townshend who was kept in considerable comfort during his captivity was greatly criticized when the brutality suffered by his men in captivity was chronicled. He lived the remainder of his life in disgrace.

Despite the setback at Kut-al-Amara, the British position in Mesopotamia was far from hopeless. Indeed, with reinforced troop divisions and a new leader in General F. Stanley Maude recently arrived from Gallipoli, British and Indian forces again advanced rapidly up the Tigris in early 1917.

Kut-al-Amara was recaptured on 24 February, and Ctesiphon, where the previous British advance had been checked in November 1915, was taken soon afterwards. On 11 March, British troops finally entered Baghdad. The path was cleared for an advance into northern Mesopotamia, towards the heart of the Ottoman empire in Anatolia. When the war with Turkey ended on 30 October 1918, British forces in Mesopotamia had reached as far north as the oil-rich district of Mosul, which was captured on 3 November.

During the four years of fighting in the region, more than 31,000 officers and men from the British and Indian armies would die in combat or from disease. 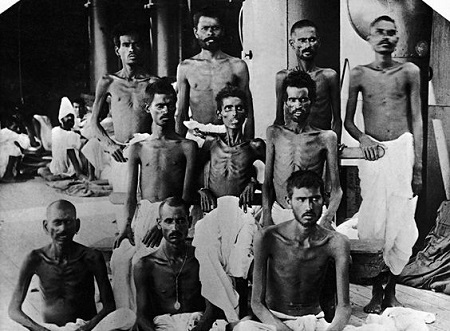 Readings: The Siege of Kut-al-Amara by Nikolas Gardner

Next Week: The Battle of Verdun Opens