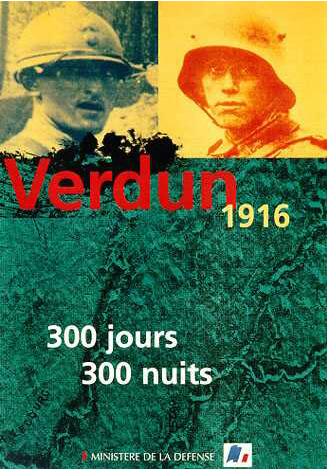 Iowa
We are pleased to report that the state of Iowa has now formed a WWI Centennial Committee! They met for the first time last week and will continue meeting on a monthly basis. Organizations involved include the Gold Star Museum, the Fort Des Moines Museum, and the State Historical Society. If you want to get involved in Iowa centennial commemoration, email the National Coordination Team and we’ll connect you with the Iowa committee. A big shout to Larry Marquardt who worked very hard to make this happen! Thank you Larry!

Collaboration Call: Travelling Exhibits - Next Thursday, March 03 12pm EST
The National Coordination Team will host the next State Outreach Collaboration Call next week on Thursday March 3 at 12pm EST. This call will feature three experts to discuss Travelling Exhibits in detail. These experts include Lara Vogt of the National WWI Museum & Memorial, Paul Herbert of the First Division Museum, and Brian Horrigan of the Minnesota Historical Society. If you would like to be added to the Collaboration Call roster, email Andrew McGreal. We will post a recording of this call and a summary on ww1cc.org/State-Outreach.

The United States Mint is calling on American artists to design a WWI commemorative coin, to be issued in 2018, that will honor the accomplishments of heroes on the front line and the home front. The coin will serve as a tribute to the bravery, actions and sacrifices of Americans a century ago, while providing a tangible touch point for generations to come. The competition is open to U.S. citizens and permanent residents who are at least 18 years or older. During Phase One of the competition, which is open from February 29–April 28, 2016, artists are encouraged to submit their contact information and three to five work samples using the online form on the Mint website. Up to 20 applicants from Phase One will be selected to participate in Phase Two, where they will create and submit designs and plasters for the final coin. The winner will not only have his or her initials on the final coin, but will also receive a $10,000 prize. The Coin Design Competition is an opportunity for American artists to inspire people with the bravery, actions and sacrifices of Americans, as well as encouraging future generations to remember and appreciate the history of World War I.

For the past couple of days, we’ve been at the National Association of State Directors of Veterans Affairs conference being held in northern Virginia. Commissioner Tom Moe was a guest speaker and our staff and interns have been working hard to encourage attendees to help set up WW1 commemorative bodies in states that do not yet have one. Additionally, we’ve been making a big push for state’s to add a $1 donation check box to their vehicle registration forms - just like they did for the WW2 memorial - with the goal of raising a dollar per WW1 veteran from that state.

Designers Joe Weishaar and Sabin Howard are in Washington, DC at our headquarters this week. They interviewed for a C-Span segment on Wednesday and particpated in a Design Charette Wednesday and Thursday.

Soldier Salary, Flying Aces And WW1 Inventions : OUT OF THE TRENCHES
Published on Feb 22, 2016. It's chair of wisdom time again. This time Indy is talking about the salary of a soldier, the flying aces of the other fronts next to the Western Front and important inventions of World War 1 that you use every day.

Trench Raid Tactics - Into The Abyss : THE GREAT WAR - Special feat. InRangeTV
Published on Feb 20, 2016. Trench raids resulted in the most brutal form of close quarter combat in World War 1. Armed with melee weapons and hand grenades, soldiers would fight each other to the death. But raiding parties and their tactics soon became more sophisticated and changed the conduct of war dramatically. This is the first part of a small series of the evolution of combat in the trenches for the centennial of the Battle of Verdun.

The Ghost Of The Lusitania - Russia Takes Erzurum : THE GREAT WAR - Week 82
Published on Feb 18, 2016. The sinking of the Lusitania is still causing diplomatic tensions between Germany and the USA. While the Germans insist they were forced by the British blockade to adopt unrestricted submarine warfare, the Americans think otherwise. In the meantime the Russian Army is taking Erzurum in the Caucasus and the big offensive at Verdun is delayed for a week.