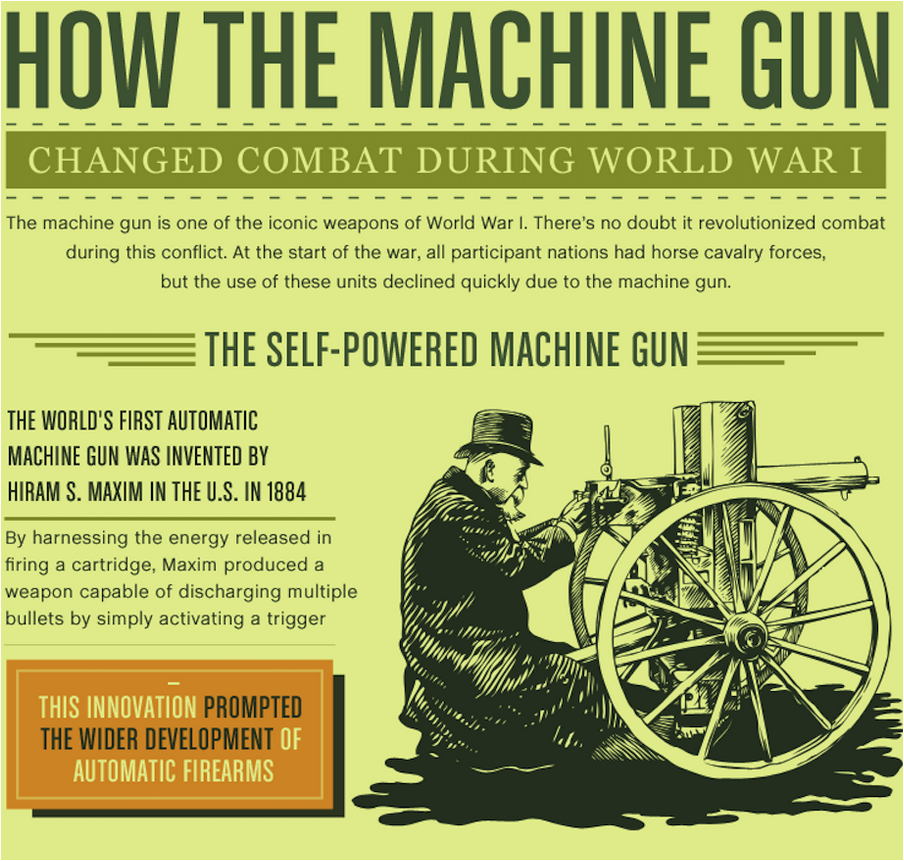 By Jeremy Bender
from Business Insider

WWI was one of the first truly modern conflicts. Fought mainly along trenches, the war saw the introduction of chemical weapons, tanks, and aerial combat.

Thought of as the war to end war, over 9 million soldiers were killed in the conflict and 21 million were injured. These casualties were largely helped along by the war being the first to feature widespread use of machine guns.

The following graphic shows the destructive impact and history of the machine gun on the war.

Read more about the machine gun and World War 1 on the Business Insider web site: