For the May 4th episode of "The Riveters" hosts, Sally Smith and Buffy Wicks were joined by US World War One Centennial Commissioner Dr. Libby O'Connell,  talking about how pivotal WWI was for women and in our country.

The Riveters is a weekly podcast that describes itself as an unfiltered ode to the modern woman. "On one hand, we're kicking ass, changing the world, and running things like a boss. On the other hand, we're struggling with some seriously vexing challenges. We think it's time to get real - together - about the good, bad and hilarious that is #ladylife in 2016." 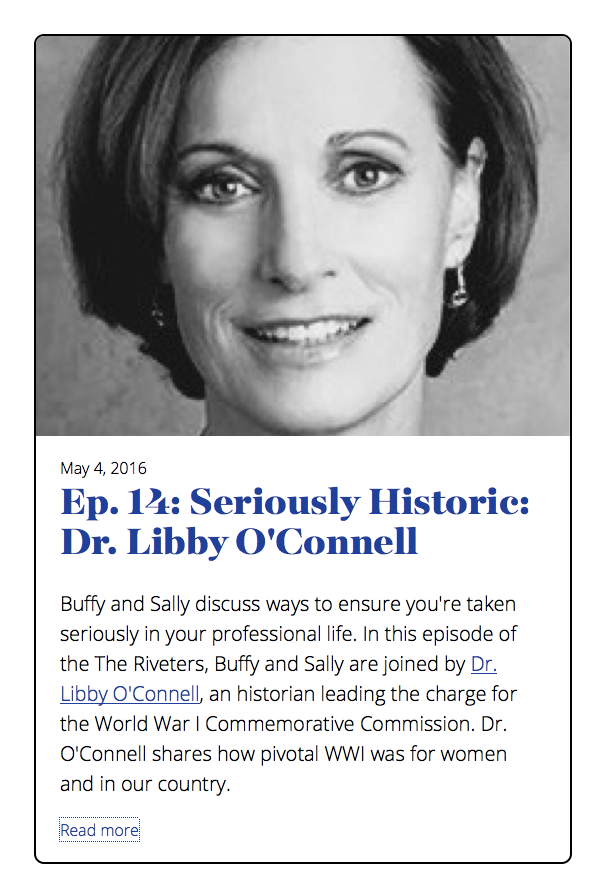 Link to "The Riveters" on iTunes