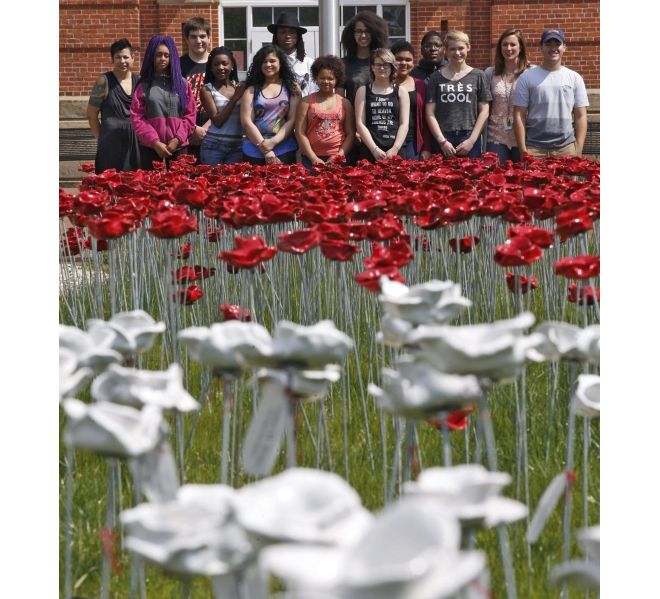 Finding the families of the World War I troops whom the 260-plus poppies represent, however, has proved to be quite a challenge.

Students and teachers at Fort Hayes have had no luck finding relatives of the troops, all of whom were from Franklin County and died during the "Great War" a century ago.

The students and teachers want to present the poppies they made to honor the sacrifices of those who died during what was supposed to be the war to end all wars — a bloody, brutal struggle of trench warfare, disease and misery that engulfed Europe and killed nearly 8.5 million troops on both sides, including 116,000 Americans.

Despite attempts at searching records and other avenues, “we have not been able to locate the families,” said Megan Evans, a visual-arts teacher at Fort Hayes.

Army soldiers trained at Fort Hayes during World War I; the site was home to soldiers from the Civil War through the Vietnam War.

Read the whole story in the Columbus Dispatch: