World War One to be prominent at World’s Greatest Airshow

The United States World War One Centennial Commission is excited to announce its participation in this year’s Experimental Aircraft Association Airventure air show, which this year will be exhibiting a World War One aviation celebration.

With 700,000 people attending and close to 10,000 planes, this year’s EAA Airventure in Oshkosh, Wisconsin is set to be the largest air show in the world, earning its title as the world’s greatest aviation celebration.

Throughout the duration of the event, the Commission will be holding media events at the main tent with historians to talk about World War One and the role and development of aviation during the war.

As 2017 will mark the 100th anniversary of the United States’ entry into World War One, the Commission has made education a central part of its mission. This event will be a tremendous opportunity for the Commission to spread information and lessons from this war to the public. Instead of learning about history in a classroom, the EAA airshow allows people of all ages to learn about World War One while standing next to a Sopwith Camel or a Fokker biplane. EAA 2016 will even be presenting a rare, fully restored 1909 Curtiss Pusher. 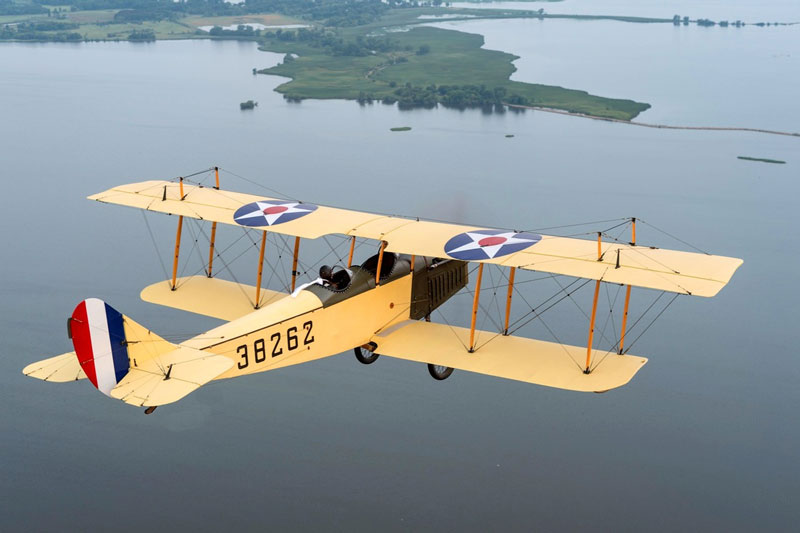 The WWI-era Curtiss Jn 4 biplane restored by Friends of Jenny“The World War I Centennial Commission is thrilled to partner with EAA 2016.” said Roger Fisk, Director of Development for the Commission. “This year’s World War I theme is part of the Commission’s larger effort to educate the American people about the 4.7 million young Americans who served during the Great War.”

Less than 11 years after the Wright Brothers’ first flight in 1903, World War One was a critical time in the development of modern aviation. At the start of World War One, the use of aircraft was limited to basic reconnaissance, and combat was almost nonexistent. By the end of the war, aircraft had proven itself an invaluable part of modern warfare, laying a foundation for wars to come.

The EAA provides a great opportunity to see the cutting edge modern aviation technology while honoring the past. Bringing history alive in this sort of concrete way is one of the foundations upon which the Commission’s mission statement is built, and to carry on the legacies and stories of the men and women who served within the ranks of the American Expeditionary Force is an incredible way to honor their memories.