On June 1st, the Lynn Meadows Discovery Center in Mississippi became one of 10 institutions honored with the National Medal for Museum and Library Services. The Lynn Meadows Discovery Center is known for its WINGS Performing Arts Program, which recently went on tour to perform "Remembrance," an original play about the horrors of the First World War. 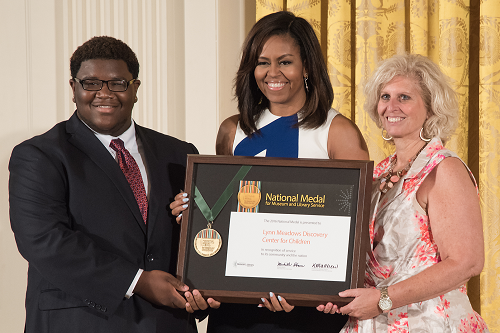 The Medal is one of the highest awards in the nation for museums, and was presented by First Lady Michelle Obama, and director of the Institute of Museum and Library Services, Dr. Kathryn K. Matthew, at the White House. The WINGS program is based at the Lynn Meadows Discovery Center in Mississippi, and focuses on developing leadership skills and community service.

The First Lady recognized its efforts and stated, “In so many communities our libraries and museums don’t just preserve and promote our cultural treasures, they also enrich and enlarge our lives.” WINGS accomplished this through its performances of "Remembrance," which were attended by students and veterans.

Based on real-life accounts and told through the eyes of men and women who witnessed the horrors of World War One, "Remembrance" is a powerful play dedicated to the memory of those who served and gave everything for their nations.

Using an array of media from the era such as poetry and written works, "Remembrance" gives the audience an intimate look at the terrible realities of a world torn apart by conflict. 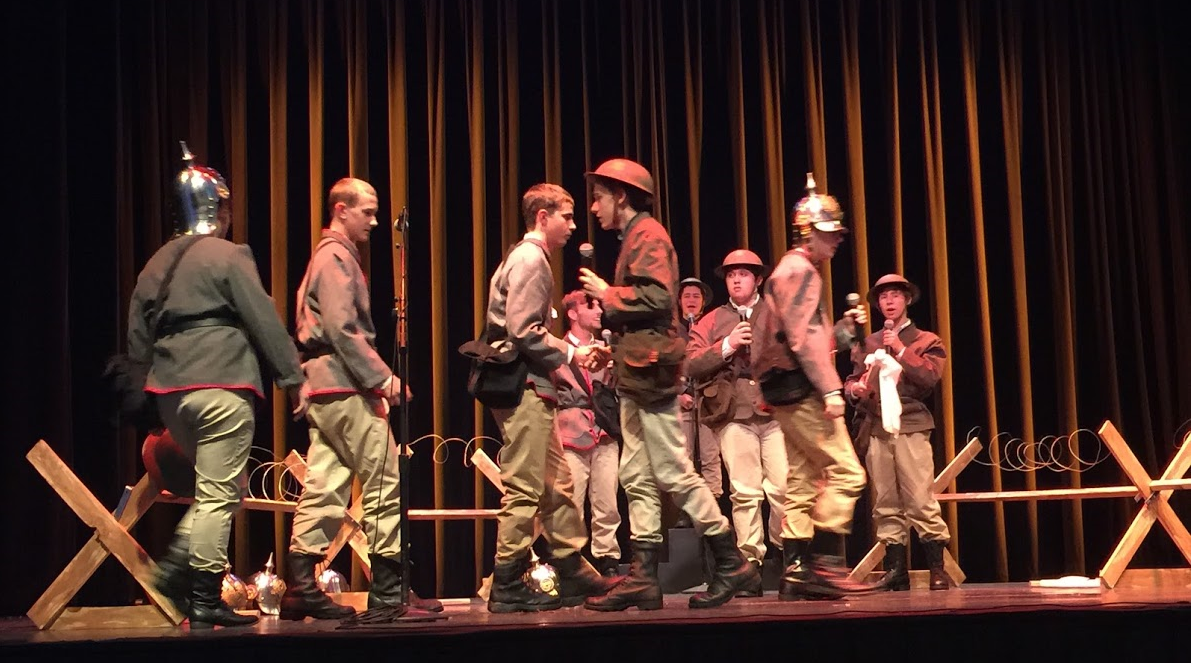 Scene from the performance of "Remembrance" at the Kennedy Center.

Last August, WINGS traveled to Washington, D.C. for a special performance of "Remembrance" at the John F. Kennedy Center. Before its performance at the Kennedy Center, the show, which honored the 100th anniversary of World War One, was given a special introduction by Robert Dalessandro, Chair of the World War One Centennial Commission. Mr. Dalessandro even had the honor of speaking to the performers after the show.

Alongside the National Medal for Museums and Libraries, the play has won several awards since its original showing, including the Coming Up Taller Award from the President’s Council on the Arts and Humanities, the Mississippi Governor’s Award for Excellence in Arts Education, and the Mississippi Humanities Educator Award.

As the centennial anniversary of American involvement in World War I draws nearer, it is important that the stories of those who served are never forgotten. These young performers have done exactly that, and because of their passionate and skillful performances, the words and thoughts of the fallen will live on.