Women of World War One honored by U.S. Navy

On June 14th, in Arlington, VA, The U.S. Navy hosted a ceremony to honor women who served in the U.S. Navy and Marine Corps. At that ceremony, Secretary of the Navy Ray Mabus announced that the service will honor a World War I hero, Chief Nurse Lenah Higbee, by naming a new Arleigh-Burke class destroyer, DDG 123, after her. 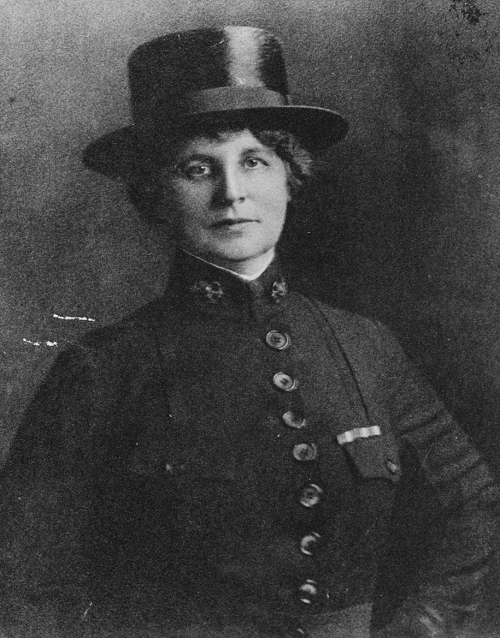 Chief Nurse Lenah Higbee in a portrait taken in uniform during the World War I era. She was the second Superintendent of the Navy Nurse Corps, from 20 January 1911 to 30 November 1922. “It is a great honor to name this ship in recognition of Lenah H. Sutcliffe Higbee,” said Mabus. “I have no doubt that all who serve aboard her will carry on the legacy of service and commitment exemplified by this pioneer of U.S. Navy Nurse Corps.” Mabus honored the service and sacrifice of women who served in the U.S. Navy and Marine Corps during a sunset parade on United States Marine Corps Iwo Jima Memorial grounds.

Chief Nurse Higbee was a member of “The Sacred Twenty,” the group of the first twenty women to join the U.S. Navy Nurse Corps in 1908. She became second superintendent of the Navy Nurse Corps in 1911, went on to manage care for the thousands of casualties from both the First World War and the Spanish Flu Epidemic. Beatrice Bowman, a superintendent of the Nurse Corps, said that those nurses “were assigned to duty at the Naval Hospital, Washington, D.C. There were no quarters for them... [but] they rented a house and ran their own mess. These pioneers were no more welcome to most of the personnel of the Navy than women are when invading what a man calls his domain.”

Chief Nurse Higbee showed her strong sense of duty through her incredible work as a pioneer in the Navy Nurse Corps. It was this sense of duty that earned her the Navy Cross on November 11, 1920, for “distinguished service in the line of her profession and unusual and conspicuous devotion to duty as superintendent of the Navy Nurse Corps.” She was the first living woman to be so honored for such an achievement. Two years later, she retired from the Navy after completing a total of 14 years of service. She would later be honored, after her death, with a World War II warship named after her. USS Higbee was the first U.S. Navy warship named after a woman. 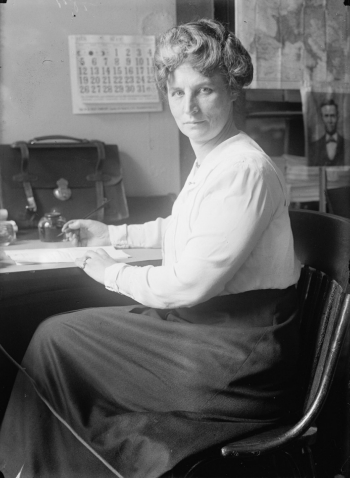 Higbee at her desk, photograph by Harris & Ewing, 1918 (NHHC)Lenah Higbee died in 1941, and was laid to rest in Arlington Cemetery with full military honors. At the ceremony yesterday, Secretary Mabus added “This ship will be a part of our fleet for decades and the legacy of Lenah Sutcliffe Higbee and her service to our nation will live on for decades through the ship’s voyages across the oceans, and through the lives of the crew who will sail aboard it,” Mabus said.

“Higbee’s professionalism, leadership and selfless dedication to her nurses and patients reflect the highest standards of naval service,” said Dr. Regina T. Akers, naval historian. “She and her nurses provided the best treatment possible often under some of the worse conditions. Higbee will continue to inspire all who learn of her courage, honor and commitment.”

The United States Navy is privileged to count Chief Nurse Lenah Higbee in their ranks, and her noble work has been, and will continue to be, an inspiration for generations to come.

Arleigh-Burke class destroyers conduct a variety of operations from peacetime presence and crisis response to sea control and power projection. DDG 123 will be capable of fighting air, surface and subsurface battles simultaneously and will contain a combination of offensive and defensive weapon systems designed to support maritime warfare, including integrated air and missile defense and vertical launch capabilities.

The ship will be constructed at Ingalls Shipbuilding, a division of Huntington Ingalls Industries, in Mississippi and is expected to enter the Navy fleet in 2024. The ship will be 509-feet-long, have a beam length of 59 feet and be capable of operating at speeds in excess of 30 knots.