"This is an opportunity for us to right a historical wrong"

Kenneth Clarke is the President & CEO of the Pritzker Military Museum & Library in Chicago, Illinois. He is one of the architects behind the 100 Cities/100 Memorials Matching Grant Challenge that promotes local restoration and commemoration of World War I memorials in communities across America. The program launched on July 15, 2016. 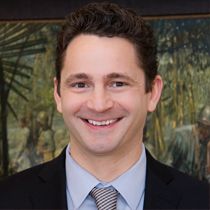 Why do you feel the 100 Cities/100 Memorials program is important?

This program gives everyday Americans the chance to discover, rediscover, or draw attention to World War I monuments in their town or city, and then renovate it, refurbish it, and get it into condition to last for the next 100 years.

How did this program come about? Were there any specific events that inspired this idea?

I was inspired by feedback that was provided when the World War I Centennial Commission launched the [design] competition for the [National] World War I Memorial in Washington, the new one. There was feedback in the newspapers that said, “That’s great, that’s in Washington. But I’m likely to never get to Washington.” And I thought, “That’s absolutely right.” And then I started thinking that the monuments in America to World War I were built by everyday people, many of them American Legion members who had served during World War I. They raised monuments to memorialize the men who didn’t come home in town squares across America. The memorialization of World War I after the war happened on a very local level and it wasn’t guided by the government, it wasn’t guided by politicians, or experts, or academics. It was guided by everyday folk who served during the War, and their families who wanted to remember and properly memorialize the fallen of the War and those who served. It’s a long answer, but it wasn’t until later in our country’s history that we started doing the bigger national monuments.

You’ve mentioned that you have ancestors who served in World War I, as well as several other American conflicts. Do you think this program will help Americans discover their own personal connections and history with the war?

Absolutely. People who are 65, or a little younger, and certainly older, it’s their grandparents who served in World War I. There’s a lot of people alive right now in America, and around the world, whose grandparents served. And those who fell during the War, their names are on these monuments across the country and their relatives are still in our communities. So absolutely, and the connection is very direct. My grandfather served in World War II. That’s a very important connection for me and my life. I knew him, and I was around him a lot. Well, the people whose grandparents served in World War I have a story to tell and we hope they get involved in this project.

This project, because it is so of the people and so imbedded in the town or the city itself, it provides a perfect opportunity for people re-remember the people who served during World War I, the very people who came home and contributed to building America we live in today, who lived through the Great Depression, and in many cases served and lead the American World War II effort – it’s a very important time in our history.

Are there any other initiatives regarding World War I commemoration that you hope to see in the future?

Well I’m hoping that as a result of the matching grant challenge for [100 Cities/100 Memorials] that there will be a whole lot of other memorials, whether they are selected or not, that get renovated. Just because a town isn’t selected for a matching challenge grant doesn’t mean that their memorial isn’t important. I’m hoping that every town that has a World War I memorial does something in 2017 and 2018 to commemorate those who served during the War. That’s as much of a hoped-for outcome of this project as anything. And there’s a whole lot of pride in just competing to get one of the challenge grants, so I’m hoping that many people will compete towards this project and be proud of the fact that they competed, and do their part to remember this part of our history. 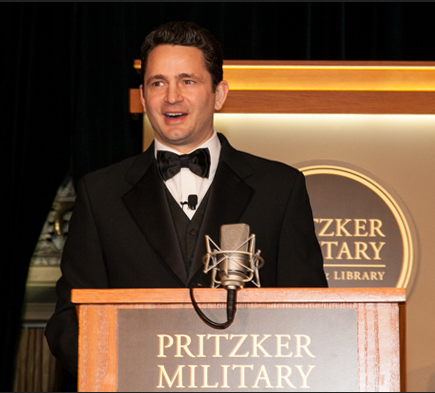 I would also like to say that this is an opportunity for us to right a historical wrong. World War II really did blanket over World War I history in this country, and for good reason, but if we’re ever truly going to remember and understand World War II, then we as a country have to know about World War I. We have to remember that in five months of fighting, almost as many American men died in combat during World War I as died during the entire ten years of the Vietnam War. That is something that we need to remember and we don’t. So, I am hoping that as a result of this project, the memorial in Washington, the educational activities of the World War I Centennial Commission, and all efforts throughout the country like the National World War I Museum and Memorial in Kansas City, Missouri, I hope that these things will bring World War I awareness to people nationwide.

The 100 Cities/100 Memorials Initiative is a joint effort between the World War I Centennial Commission and the Pritzker Military Museum & Library, with the support of The American Legion, who are looking for other national sponsors to join in this effort so that more matching grant funds can be provided to the selected memorial restorations efforts. The matching grant challenge application window closes this November.