WINCHESTER, Va. (AP) - On Nov. 11, 1924, there was a ceremony near Handley High School commemorating nearly 50 Winchester and Frederick County soldiers who fought and died during or immediately after World War I. 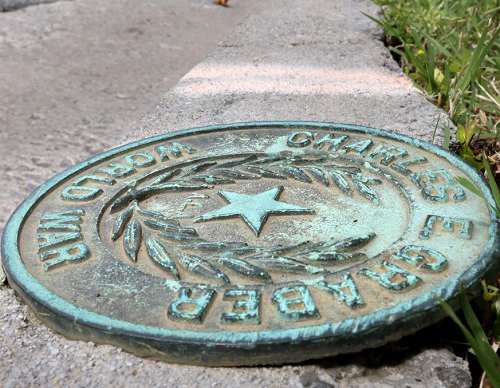 Just seven of the 49 bronze plaques that were mounted during the Women’s Auxiliary of the American Legion ceremony are still known to exist, Gene Schultz, a Winchester-Frederick County Historical Society board member, said Thursday at the organization’s office on South Pleasant Valley Road.

Schultz, who stumbled upon the story of the bronze markers by accident while researching his family’s history, is working with the city and Shenandoah University students and staff, to learn more about the plaques’ history.

“We want to research to find out who these guys were ... and are there any more of these plaques around,” he said.

Schultz isn’t sure how many local men went overseas to serve, but he estimates it was several hundred. There are about 1,200 names on the draft roster, he said, but not all of them were necessarily drafted. The list does not include those who enlisted.

Read the entire article on the washingtontimes.com web site here: