The 2016 edition of the annual Experimental Aircraft Association (EAA) AirVenture air show in Oshkosh, Wisconsin, has officially wrapped up. During its week-long run, from July 22nd through the 30th, the air show featured nearly 10,000 airplanes and hosted 891 exhibitors. The U.S. World War I Centennial Commission was there, as a participant, telling the story of World War I. 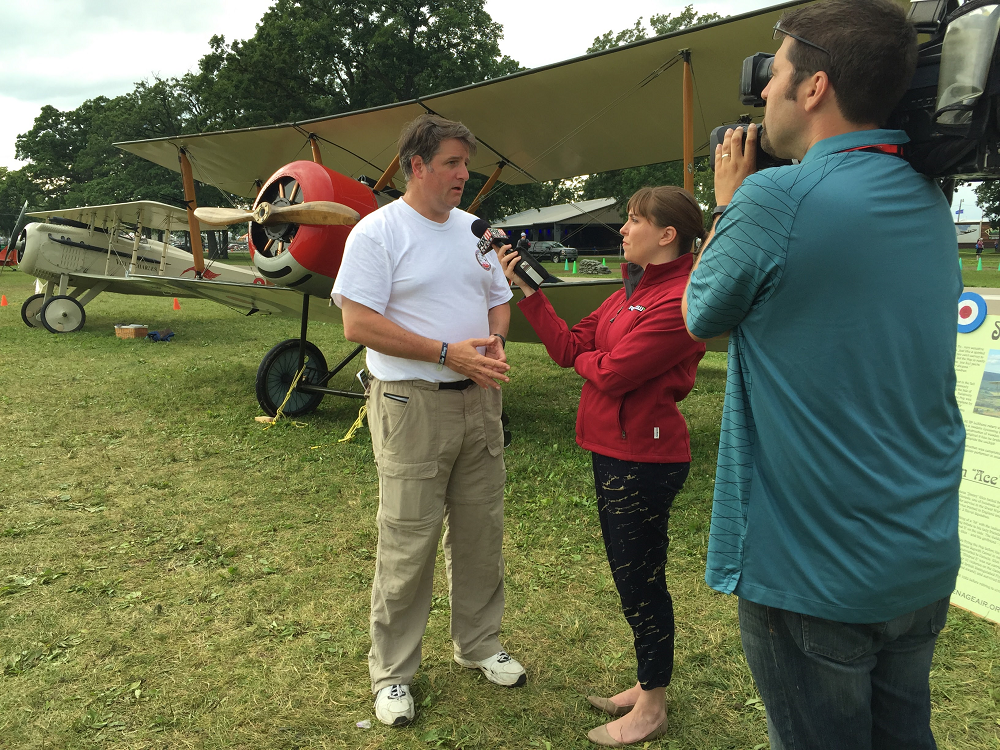 The Commissioner was also able to reach out to the thousands of EAA followers on social media when he was featured on a live-to-Facebook interview by EAA Social Media.

In addition to the Commissioners, several staff were also in attendance at the air show. Three volunteers from Hampden-Sydney College sold WW1CC tee shirts and gave out free stickers, while WW1CC staffers helped raise awareness in other ways. 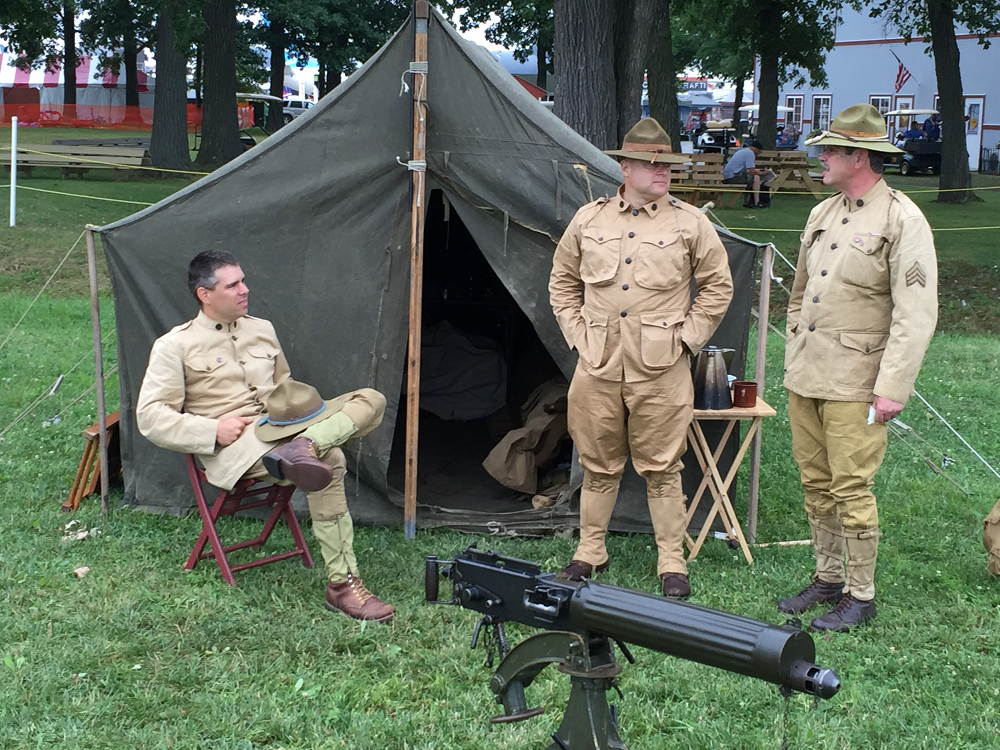 WW1 reenactors and historians were present in full force at Oshkosh, ready to bring the Great War alive for the energetic crowds.Roger Fisk, Chief Development Officer of the Commission, was interviewed by local news outlets, and even featured on the event’s jumbotron at the Main Announcer Stand. Fisk adds, “Our team met people from museums, aviation clubs, and veteran groups while there for the show, as well as historical re-enactors, gearheads, pilots, collectors, and plenty of active military.”

By the end of the week nearly 561,000 people attended the air show, one of the biggest turnouts in over ten years, according to EAA. Thanks to the organization’s tireless efforts, the hundreds of thousands of attendees were able to witness history come to life in Oshkosh.

“Oshkosh 2016 was an amazing opportunity to reach out to tens of thousands of people and bring them onto the World War I commemoration team,” stated Fisk, reflecting on his time at Oshkosh. “Commissioners Fountain and O'Connell spoke in a variety of forums and sat down with reporters from all over the country, we gave away more than 30,000 World War I Poppy Seed packets, and we thank the Oshkosh staff and volunteers for being such great partners."

While standing next to an impressive display of World War I-period aircraft, audiences were able to learn about the gallantry and courage that brave airmen exhibited in the skies over the Western Front. EAA has done its part to make sure that the legacy of World War I, an almost-forgotten part of American history, soars once again.