Vineyard Haven, Mass. - Last month, Ambassador (Ret.) Tod Sedgwick was sworn-in as Commissioner to the United States World War One Centennial Commission. The event took place in Martha’s Vineyard, and he was sworn-in by Federal Judge Mark Wolf from Boston. He was appointed by President Obama, who announced his decision to post Ambassador Sedgwick as Commissioner on June 3rd, 2016. 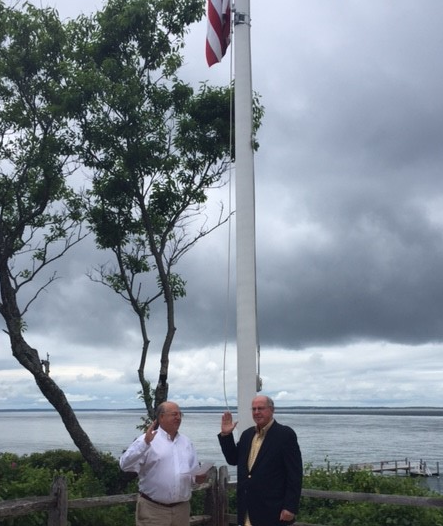 Ambassador (Ret.) Sedgwick is sworn-in at Martha’s Vineyard as Commissioner to the U.S. World War One Centennial CommissionCommissioner Sedgwick expressed enthusiasm for his new role. “It's a great honor for me to be named to the World War I Commission. The "forgotten war" has numerous lessons for today's world - the failure of diplomacy which could have avoided a pointless war, the valor of the Americans who came into the war in 1917 and put the Allies over the top to victory, the terrible flaws of the post-war settlements which led to World War II and have left a trail of conflicts that continue to haunt us today, and the folly of American isolationism between the two world wars. It's vital that Americans commemorate this seminal conflict and absorb its lessons." 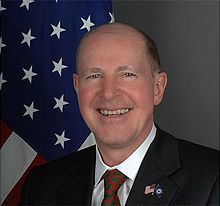 Commissioner Sedgwick comes from a family with a long history of service. His great-great-great-grandfather fought in the American Revolution, was a member of the Continental Congress, and served in the U.S. House and Senate. His ancestor, John Sedgwick, was the highest-ranking soldier killed in the Union Army during the Civil War. His uncle, William Ross Bond, was the only general killed in combat during the Vietnam War. His father, Ellery Sedgwick, Jr., was a naval intelligence officer during the infamous D-Day invasion of World War II.

The Commission is excited to welcome him as a new addition to our efforts, and looks forward to our future endeavors together during the centennial period.