Mentor to the Stars: The WW1 officer who molded America's top WW2 generals 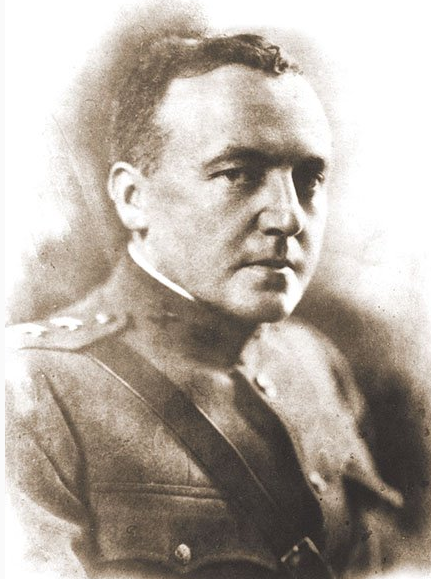 Major General Fox Conner, USADecember 16, 1944, was a dangerous day for Allied forces in Europe. The Wehrmacht sprung one of the war’s largest strategic surprises when it launched two Panzer armies and an infantry army into the thin American defenses in the Ardennes Forest. The next day the U.S. Third Army commander, Lieutenant General George S. Patton, sat in his headquarters writing a letter to a retired major general living in New York’s Adirondack Mountains: “Yesterday morning the Germans attacked to my north in front of the VIII Corps of the First Army,” Patton told Fox Conner. “It reminds me much of [the German attack on] March 25, 1918, and I think it will have the same results.”

Though Patton misremembered the date—it was actually March 21, 1918—his prediction proved accurate. Like Operation Michael 26 years earlier, the Ardennes offensive was Germany’s desperate attempt to end the war with a single knockout punch. And like its predecessor, the offensive failed to reach its objective. On December 19, 1944, Allied Supreme Commander General Dwight D. Eisenhower ordered Patton to turn his Third Army 90 degrees on the battlefield and counterattack north, into the southern shoulder of the German penetration known as “The Bulge.” Seven days later, Patton’s troops pushed into Bastogne to relieve the encircled 101st Airborne Division.

Why did Patton spend time writing to an obscure old soldier, given the crisis? The answer is that more than anyone else, Conner was responsible for placing Patton and Eisenhower at that point in history. He was also influential to another important wartime figure: U.S. Army chief of staff General George C. Marshall. Although Conner retired from the army a year before World War II began, his mentorship of these senior American generals when they were young officers left an imprint on the battlefield—and made Major General Fox Conner a significant contributor to the Allied victory.

Today, the officer whom Eisenhower called “the ablest man I ever knew” remains a historical enigma. Conner wrote no memoirs and ordered all his papers and journals burned after his death. Only 28 letters survive. Most of what can be determined about Conner derives from the writings of his three famous World War II protégés and of his old boss, General of the Armies John J. Pershing, under whom Conner served in World War I in the American Expeditionary Forces (AEF). “I could have spared any man in the AEF better than you,” Pershing told Conner.

Read the entire article on the historynet.com web site here: