“A truly remarkable attendance & information producing event. I am so proud of my Texas colleagues for all the support.”  -- MG Freddie Valenzuela, USWW1CC Commissioner 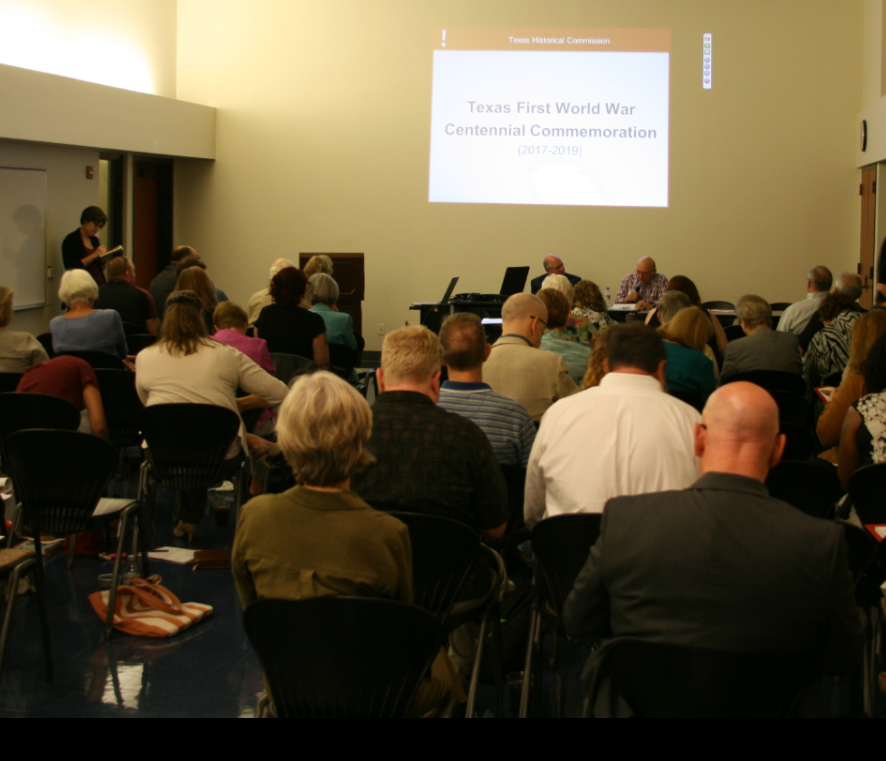 It was a full house for state-wide Texas World War I Centennial planning conference held on August 12 at the Bullock Texas History Museum in AustinRepresentatives from Texas from museums, county historical commissions, universities, libraries, military bases, and state agencies provided a broad look at plans for Commemoration projects and activities across the Lone Star State over the next few years.

The program included a series of subject matter experts on community organizing, fundraising, and media outreach. More importantly, the format of the conference was designed to facilitate collaboration among the participants and plenty of question and answer sessions.

The conference was held at The Bullock Texas State History Museum in Austin. The planning, presentations, and logistics were the result of the effort of volunteers from the TXWWICC. Members of the Texas Historical Commission staff were also critical to the success of the day.

The United States World War 1 Centennial Commission supported the conference with the Commission's GoToWebinar capability, taking the event to individuals who could not travel to Austin for the meeting.  The Commission will make this capability available to other states holding similar meetings, to enable remote participation.

Texas has had three previous regional planning conference, but this was our first state-wide event and our focus was to move beyond earlier brainstorming and begin to firm up specific commemorative events for the centennial period. Part of the presentation included a menu of “off-the-shelf” commemoration ideas that could be implemented by any organization or community in the state.

The Texas World War I Centennial Commemoration (TXWWICC) is the volunteer group that began organizing the effort in Texas 18 months ago. Working with the Governor’s office to establish a state commemorative body, Governor Greg Abbott named the Texas Historical Commission (THC) the lead state agency in January of this year. The TXWWICC and the THC are partnering to orchestrate a noteworthy WWI Centennial.

We counted this as very successful Conference that carried us to the next level towards the goal of communicating, coordinating and commemorating. Texas and Texans in the Great War.  Read more about the event, and download materials here.