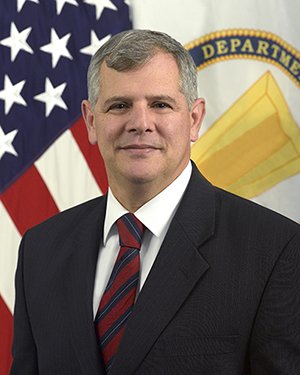 Retired U.S. Army Colonel Robert J. Dalessandro has a personal stake in his role as director of the World War I Centennial Commission.Established by Congress in 2013, the World War I Centennial Commission is charged with planning, developing and executing programs to commemorate the centennial of World War I. Chairing the commission is historian, author, battlefield tour leader and retired U.S. Army Colonel Robert J. Dalessandro. Following in the footsteps of his grandfathers, who served in World War I, Dalessandro was commissioned in the U.S. Army after graduating from the Virginia Military Institute. He has since held a range of staff and leadership positions in the military and government. Dalessandro is a former director of the U.S. Army Center of Military History and remains deputy secretary of the American Battle Monuments Commission.

What are the origins of the World War I Centennial Commission?

The commission was created by an act of Congress. It is unusual in that it’s bipartisan and a congressional commission, not a presidential one. There were appointments to the commission by the president, by the majority and minority leaders of both the House and Senate, by the Veterans of Foreign Wars and the American Legion, and by the National World War I Museum in Kansas City.

What is its mission?

Our number one mission to educate the American people about the nation’s participation in World War I. We do that through a variety of “sub missions,” one of which is to coordinate events nationwide. We set up a vigorous series of programs throughout the United States, and we make recommendations to the president and Congress on which events they should attend. Another of our missions is to revitalize Washington, D.C.’s Pershing Park and make it a National World War I Memorial in conjunction with the national memorial in Kansas City.

Read the entire article on the historynet.com web site here: