World War I drama coming to the National Museum of the U.S. Air Force 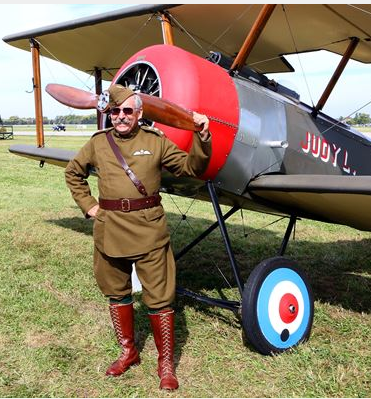 Dawn Patrol features WW1 reenactors and aircraftCommemorate the 100th anniversary of World War I as one of the nation's premier historical aviation events brings the excitement and adrenaline of early air power to Ohio, Oct. 1-2 at the National Museum of the U.S. Air Force.

The World War I Dawn Patrol Rendezvous will feature vintage reproduction full-scale and 7/8-scale aircraft, such as the Nieuport, SE-5 and Fokker Dr. I triplane. Pilots will perform precision flying in the skies above the museum and participate in a mock shoot down of an enemy aircraft, with aircraft launching from and landing on the field behind the museum.

The event will also include period reenactors in a war encampment setting; era automobiles on display and participating in a parade, flying exhibitions by WWI radio-controlled aircraft; guest speakers and a collector’s show for WWI items.

Additional popular hands-on activities include Buckeye Gamers in Flight's WWI giant board game, "Wings of Glory," which provides participants with a better understanding of the war in Europe and the number of countries involved, and Aces Over Wright Field’s aircraft computer simulators for those who want the experience of flying a WWI aircraft.

Read the entire article on the National Museum of the U.S. Air Force web site here: