Randy Gaulke’s preoccupation with the Meuse-Argonne Offensive, the largest German-American battle of the war stems from his fluency in German, his year abroad in Germany and his “real” introduction to the region in 1994. That was the year he first participated in a work weekend with the members of the German Remembrance Committee of the Argonne Forest. Since that trip, he has visited the sector almost annually. His Meuse-Argonne web site chronicles his interest and tours. A historian and battlefield tour guide by passion, Randal is a financial analyst who works in New York City. He and his family reside in New Jersey. 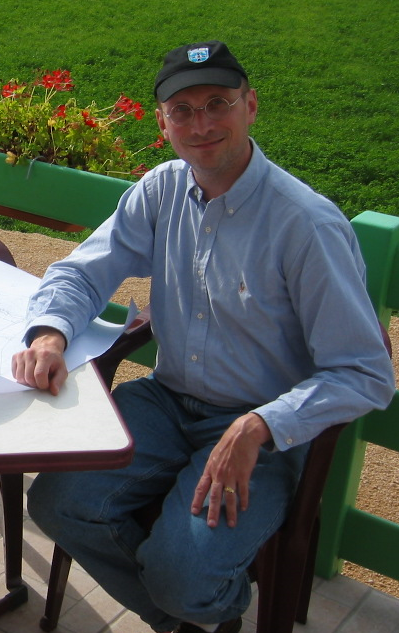 You are a career tour guide. Tell us about your career, how you got started, and your interest in WWI.

Briefly, my interest in WW1 began with the purchase of “Fight in the Skies,” a WW1 aviation board game in 1980. I took my first battlefield tour with Lt. Col. Graham Parker of Flanders Tours in 1986; and my fascination with the Meuse-Argonne began in 1994, when I participated in a work weekend with the Deutsches Erinnerungskommittee Argonnerwald. Since 1986 I have visited the battlefields twenty times; and I have built up a lot of friendships from these groups and from other national and international groups. (I cannot overemphasize the knowledge base found in groups like the WW1 Historical Association or the Western Front Association.)

Over the years, I have taken individuals / groups of various sizes. To describe two: In 1998 Steve Matthews and I worked with Tony and Teddy Noyes of Flanders Tours to organize the first Western Front Association USA Branch tour in 1998. We handled the marketing / advertising and Tony and Teddy handled the guiding / logistics. Nine years later, in 2007, I again worked with Teddy Noyes and Paul Guthrie to lead the second half (6 days) of the Western Front Association USA Branch tour. My portion covered the Meuse-Argonne and St. Mihiel.

With the Centennial upon us, I intend to take a sabbatical in 2017 and to live in France as a tour guide for a major portion of the year. This will allow me to share my passion and knowledge with others. (In my real-life career, I am a high-yield bond analyst.)

Arranging a successful tour takes a variety of skills, talents and experience: One needs to understand the history; one needs to understand the language, culture and region; and one needs to be fairly talented at arranging logistics. For the person who has never travelled overseas, the task is not insurmountable—but it is difficult. Do you know where to get information on a regiment’s activities? Do you know basic orienteering and can you use a French 1:25,000 scale map to get off the beaten path to locate those areas? How good is your French? What type of accommodations are you looking for? Etc.

Your upcoming trip is really remarkable. Tell us about it.

The World War One Historical Association has endorsed me to put together an eight-day pilgrimage to the major U.S. battlefields. I am working with WW1HA directors Paul Guthrie and John Snow to organize this tour. Both have a wealth of knowledge on the battlefields and the battles. 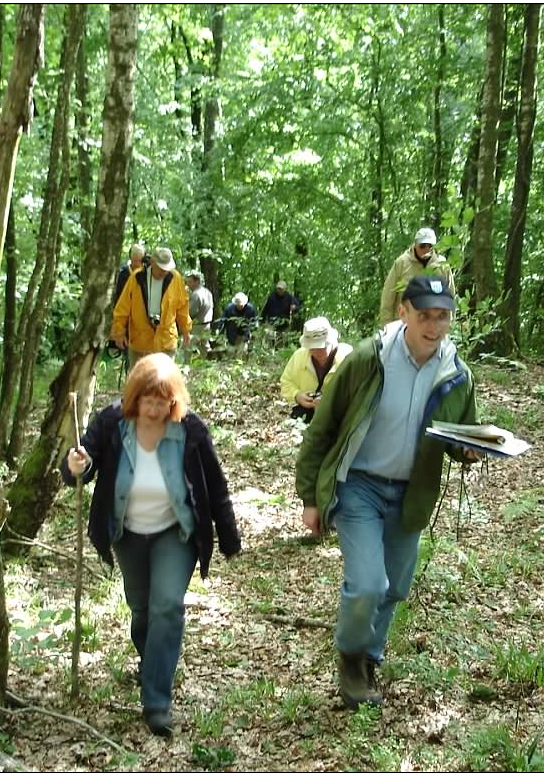 Randy Gaulke (right) leads hike through the woods of a WW1 battlefield in France.

We’ll be visiting Cantigny, Belleau Wood, Chateau Thierry, the Aisne-Marne, St. Mihiel, the Meuse-Argonne and the Champagne battlefields. A typical day will begin with a breakfast and briefing at the hotel. Then we’ll be “in the field” from 0900 to 1800 hours; with lunch and a caffeine / sugar break in the field. Participants will have a few hours of down time at the hotel before dinner, which generally starts at 2000 hours.

In addition to the regular bus stops, I am planning two battlefield walks (most likely, Montfaucon and the Hindenburg Line near Nantillois / Cunel) of moderate length on relatively easy ground. Alternate activities are planned for those who are unable to walk that far. We’ve also built in some shopping opportunities and a Champagne tasting.

One of the benefits of coach tours with the WW1 Historical Association (or its predecessor organizations) is the knowledge base and passion that so many members have! Full details of the trip can be found here.
Readers should feel open to contact me with any questions at lavarennes@meuse-argonne.com.

Why is it important to understand remember WWI?

I can answer this on two different levels: On the family / community level, WW1 was a major event in the lives of the Doughboys and families and communities; even if it’s nearly forgotten today. Just consider, for example, how quickly funds were raised for the Liberty Memorial in Kansas City. Another well-known example is the success of King Vidor’s “The Big Parade” in 1925.

On the world events / international relations level, having an understanding of the past hopefully allows policy makers to avoid pitfalls. I think it is interesting that (WW1 leader) George C. Marshall’s approach to rehabilitating Germany after WW2 was 180 degrees different than the onerous reparations and the terms of the Versailles Treaty.

Why should we create a new memorial to this war?

I am in favor of the new WW1 memorial in DC for several reasons: First, WW1 remains largely a forgotten war—even though there are thousands of local and state memorials scattered throughout the country. Second, other than a statue of Gen. Pershing, Pershing Park does little to educate the public or encourage remembrance in WW1 in its current layout. Third, every other major U.S. conflict (perhaps with the exception of the Gulf War) has a very moving / educational memorial in the Nation’s capitol. Obviously, these weren’t in place in the 1920s; but the reality is that—with its large annual visitor count—DC has become the place where the nation remembers its sacrifices.