How America waged war with food and graphic design

By Cliff Kuang
via fastcodesign.com

Historians and TV pundits alike have a ready answer as to what made the Greatest Generation great: It was a sense of shared plight and sacrifice, which the nation mobilized to wage war and then built its modern economy. 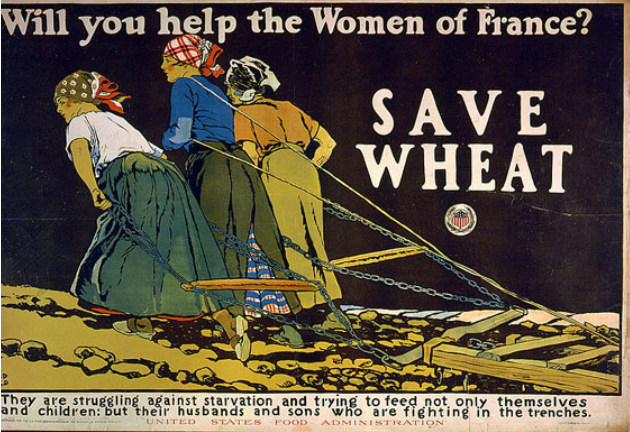 But a great sense of that sense of common purpose came about because of one thing everyone needed, equally: food. Whether it was what people ate, how they ate, or when, the government, during both World Wars, actively sought to get people to act a certain way with patriotic posters that shouted grand messages.

Graphic designer Cory Bernat has assembled over 100 of those posters, gathered from the National Agricultural Library, into a fascinating online exhibit. Bernat's meaty annotations illustrate how food posters from each decade, from 1900 to 1950, took up slightly different goals.

Read the entire article on the fastcodesign.com web site here: