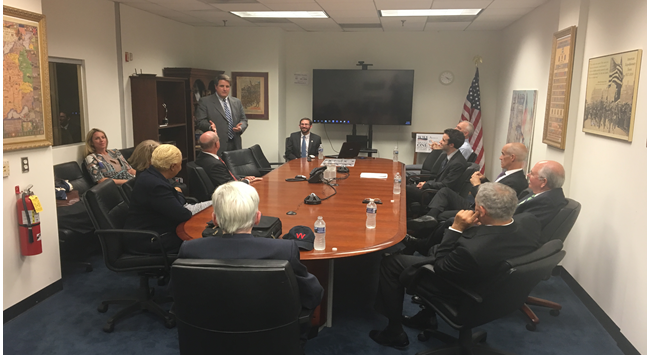 During the brief, the advisors and Centennial Commission members and staff discussed the process of the Memorial design development, status of the design concept including recent images and sketches, and an update regarding the review and approvals by regulatory agencies, specifically with the Commission of Fine Arts and the National Capital Planning Commission.