How does the US Army celebrate being a Soldier? On October 3rd-5th, World War One Centennial Commission staff and volunteers had an opportunity to share information on 100 years of citizen soldiering, birth of the defense industry, and how we intend to commemorate the Great Sacrifice during the upcoming WW1 Centennial (April 6, 2016 - November 11, 2018) at the 2016 Annual Meeting and Exposition of the Association of U.S. Army, held at the Walter E. Washington Convention Center in Washington, DC. 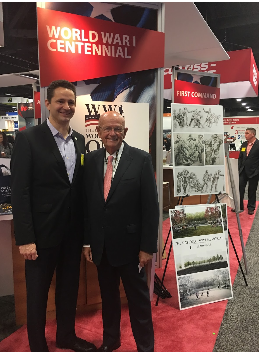 With over 26,000 participants attending the annual event, WW1CC staff were able to talk with thousands of people who stopped by to learn about WW1 Centennial Commission’s efforts to honor and memorialize the 4.7 million veterans who served and the 116,516 Soldiers who gave their lives for our great nation in WW1.

We were able to educate senior leaders, decision makers, and citizens about the Great Sacrifice and the War to End all Wars. It also gave us a chance to increase public awareness, interest, and support for the future National Memorial for World War I at Pershing Park.

The WW1 Centennial Commission along with Founding Sponsor Pritzker Military Museum and Library, Chicago, look forward to partnering with AUSA to commemorate our nation’s involvement in WW1.

Special thanks to AUSA for hosting the Commission at this convention which consists of informative and relevant presentations, panel discussions on pertinent military and national security subjects, workshops and important AUSA business meetings. 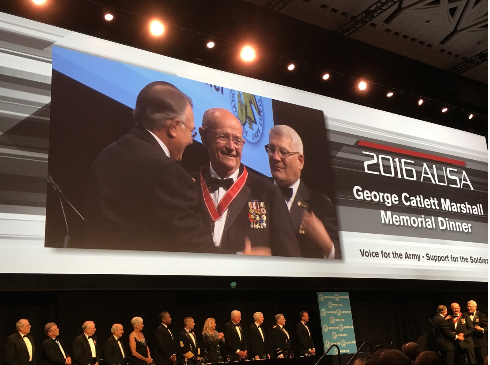 The 2016 Annual Meeting and Exposition of the Association of the U.S. Army concluded Oct. 5 with retired Army Gen. Gordon R. Sullivan accepting the association’s highest award. The WW1 Centennial Commission Special Advisor, former AUSA president and CEO, and former Army Chief of Staff received the General George Catlett Marshall Medal for a lifetime of selfless service to the U.S. Army and the nation. 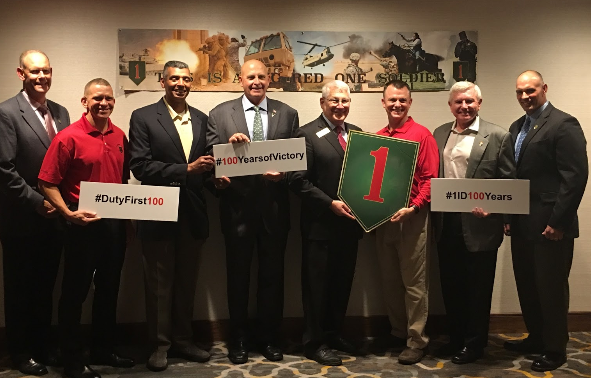 First Infantry Division’s former division commanders -- Danger6s -- at the AUSA Convention on October 4, 2016. The Big Red One celebrates its centennial in 2017. 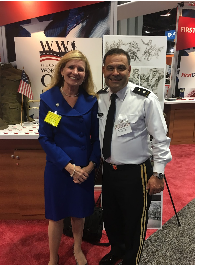 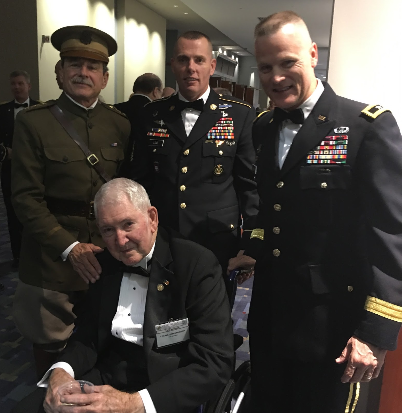 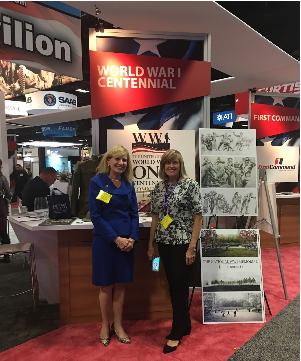 Theresa Sims (left), WWICC Director of Veterans and Military Partnerships, with Vicki Cody, Celebrated author of the newly-released bookArmy Wife: A Story of Love and Family in the Heart of the Army,which honors not just commitment between spouses but a commitment to military life, at the AUSA Convention on October 4th, 2016.