My Search for Greayer Clover 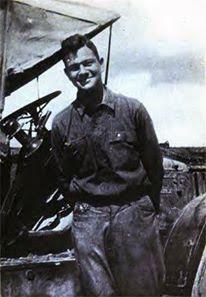 Greayer CloverLos Angeles County lost over four hundred fifty servicemen and women in World War One. When researching LA's commemoration of the war in the interwar years I found numerous memorials. However, with all the names of the dead and many thousands of others who served from the area (including two Medal of Honor recipients), a single name dots SoCal. Even if one doesn't catch all the references, Greayer Clover pops up everywhere. Who was this guy?

Greayer's father, Samuel had been a LA-based newspaperman who apparently waited to move to Virginia till the kids were done with High School to run a paper there. Probably because of his father Greayer was able to publish several articles about his wartime service in newspapers and magazines. After he died the family gathered all they could on Grubby and packaged it together as a tome for posterity. A Stop at Suzanne's is a very poignant look at how one young man lived his war time experience.

Clover was a graduate of Los Angeles High School, where he was a star tennis player. He won the state title his senior year, and even won a round in the US National Championships, which eventually would become the modern day US Open. From Los Angeles he went to Stanford for a year before transferring to Yale.

Soon the US would enter the war and Greayer volunteered to drive ambulances in France, because he felt that way he could make a difference sooner than if he enlisted in the Army. Once in France, Clover realized he would not get to drive right away so he instead volunteered for the Camion service and drove ordnance and military supplies to the front for six months. He eventually enlisted in the early Air Corps and officially received his wings in August of 1918. On the 30th of that month Clover would be killed as he was thrown from his plane while landing during a training exercise. 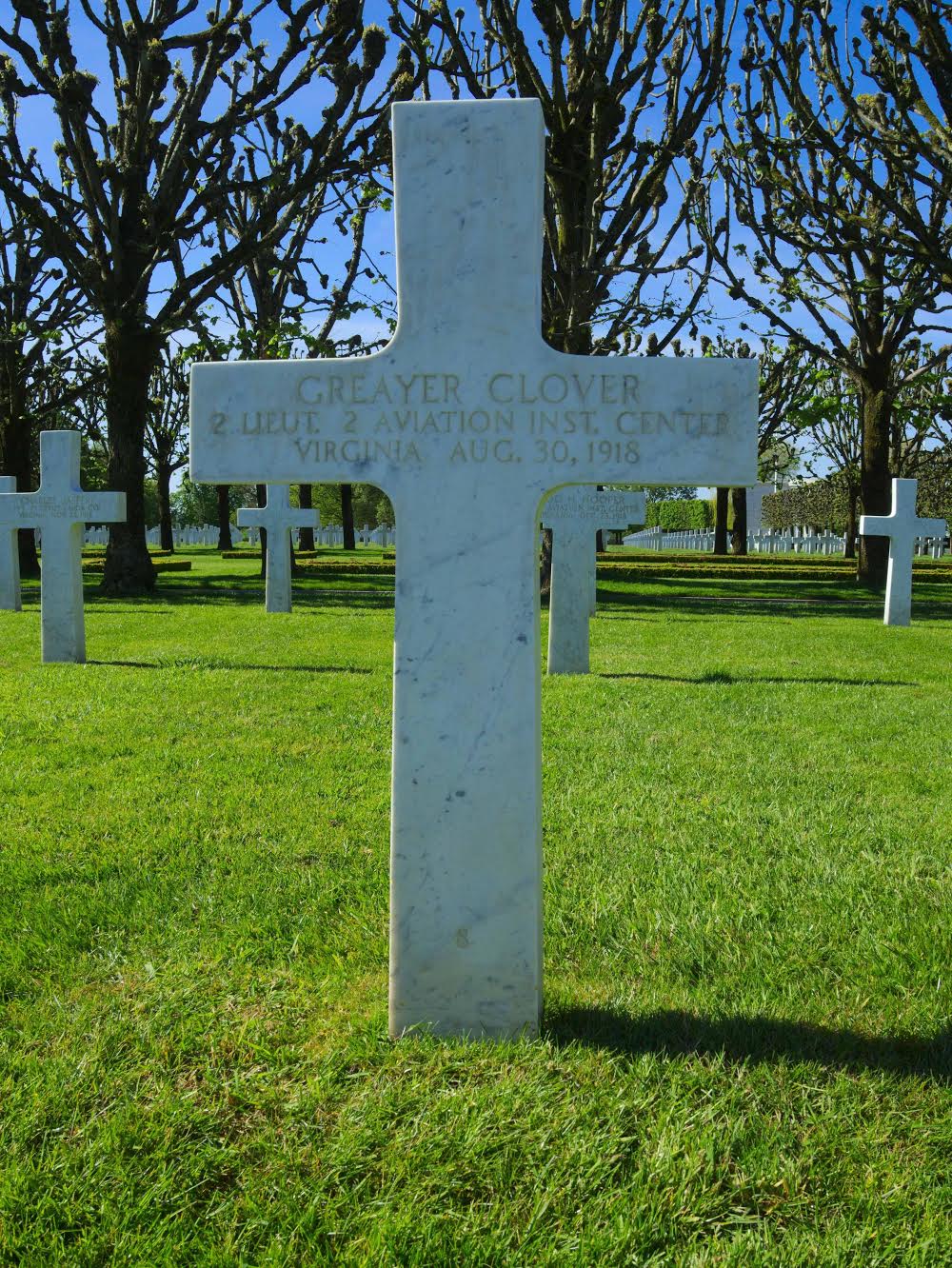 Greayer Clover left behind numerous friends from the service as well as a young boy André Vandendaele. Through the correspondense recorded in the book I learned that he was paying the tuition of this Belgian refugee and had given the family most of his blankets and warm weather clothing. This was apparently the kind of thing Clover was known for. Perhaps it was because of his thoughtfulness, or that he was such a popular and well liked guy - but despite the fact that he was no "ace" fighter pilot many things around town soon started slapping his name on them.

What originally alerted me to Clover was an old World War memorial in the Mid City that was put up by American Legion Post named in his honor. From there his name continued to show up. The Memorial Branch Library across from LAHS has a beautiful stained glass honor roll with all the former students who died in the war. Santa Monica's airport's name was originally Clover Field (and the accompanying street still is...with the space removed). Clover Park sits adjacent to the airport and another in East Los Angeles (Greayer's Oak Park) bears his moniker. That one had a oak tree planted in his honor in 1919, but none of the trees there today has any sort of memorial plaque, so it is impossible to know if any of them is the original one.

In the title essay of his book Greayer talks about this one restaurant that all the pilots would stop at. It was known as "Suzanne's" though Greayer admitted this was not its actual name, but the name of the daughter of the owner. She had lost her fiancee (a pilot in the French Air Corps) early in the war and the inn welcomed all aviators in with open arms and had them sign in a guest registry. There must have been hundreds, or thousands of names in that book. It would be priceless if it existed now. I really hope it does somewhere, in some attic. 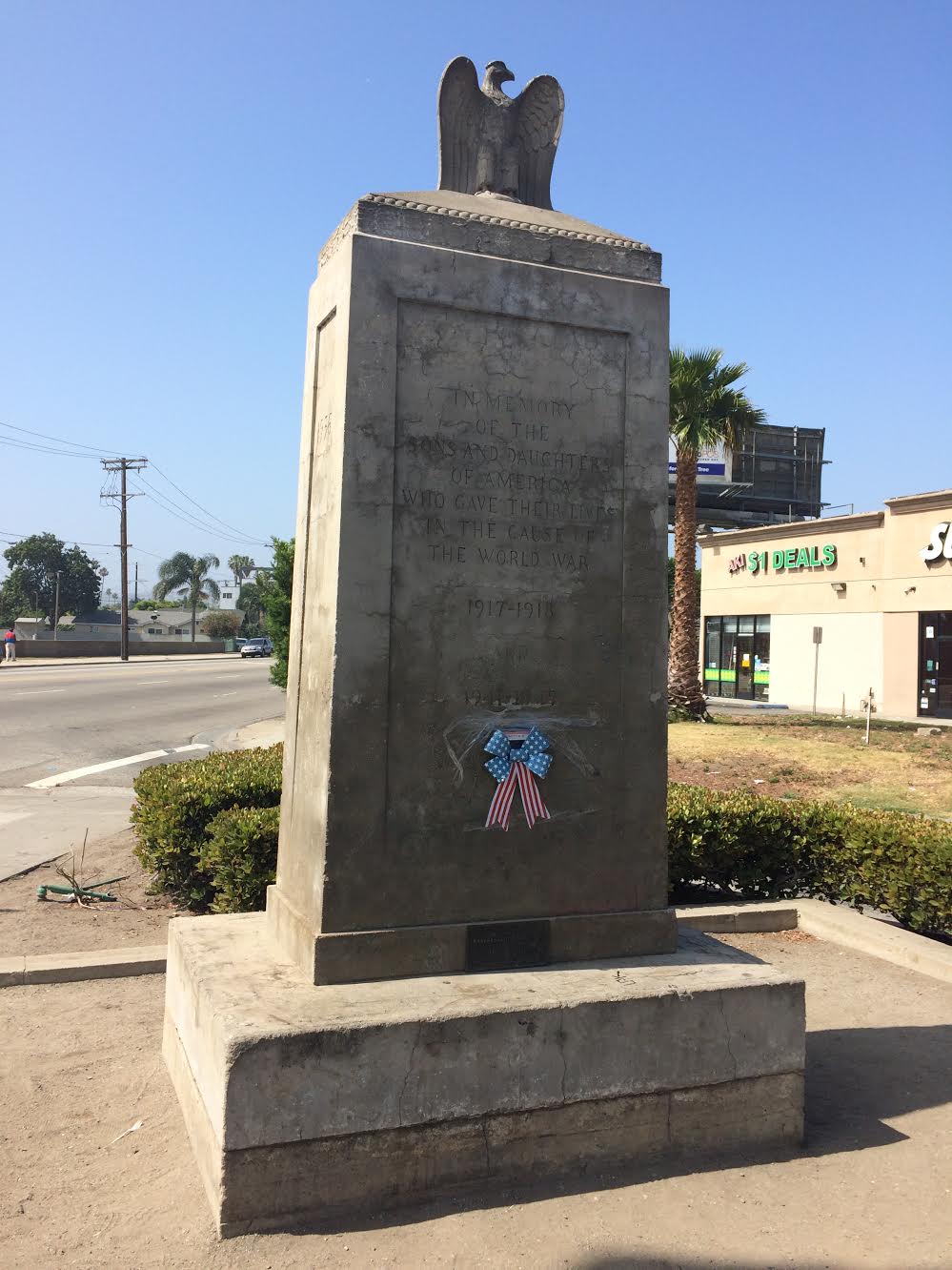 Greayer's book really fascinated me, so as a side project I have been trying to track down as much as I could about Clover, Suzanne, this inn and all the rest of the vignettes included. Greayer kept his description of the town where "Suzanne's" was located vague as not to upset the war time censors. He did leave some clues that I, and a team of associates, family, and friends was able to use in fact finding. I could probably author an essay of several pages just on this quest, but suffice it to say we figured out the name of the town, Suzanne's family name, and even the location of where this establishment war (the building still stands).

I had around a dozen or more people help, but I'd say the most important resource I had was Vincent Bervas of Chateu-Thierry. He has been crucial in finding folks in France to provide information. Vincent is a remarkable high school teacher in Chateau-Thierry, France, who has created a series of unique and effective World War I-themed historical programs for his students. These programs have been featured in WW1CC articles before, including one that was officially recognized during a diplomatic visit by the Commandant of the U.S. Marine Corps.

This research has all been a fascinating experience for me. I have enough projects for the centennial already, but this story has really got its hooks in now. Today, Clover lies in Saint Mihiel American Cemetery.Should I ever visit France, I want to say hello and give my thanks in person.

Courtland Jindra is long-time volunteer at the World War One Centennial Commission.