Long entombed at National Cathedral, a forgotten hero of WW1 is recalled

Twenty years after Norman Prince was killed in World War I, his body was brought from France on a luxurious ocean liner, transported on a special railroad car to Washington, and lay overnight in repose in Union Station. 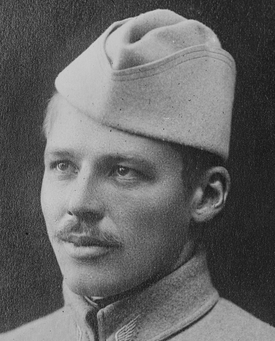 Later, it was placed in an elaborate stone tomb his parents had built inside Washington National Cathedral, at the foot of a seven-foot statue of him by a famous French sculptor.

The former head of the U.S. Army spoke at the dedication.

Today, visitors seldom stop at the crypt of the young aviator, with its carved scenes from the Great War and the flags of the United States and France on either side. The hero is all but forgotten.

On Friday, October 14, the cathedral will host a service marking the centennial of Prince’s death and recall a founder of a dashing band of American pilots known as the Lafayette Escadrille.

One of the most famous outfits of the war, it was made up of adventurers, barnstormers and the sons of American tycoons — men who were drawn to the thrill of aviation and a chance to fight in the war.