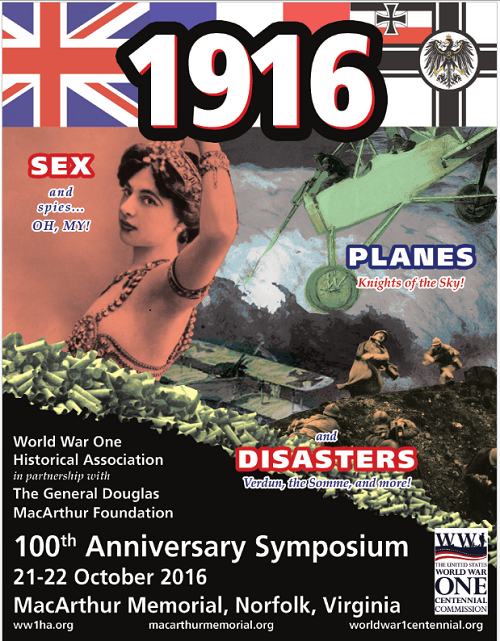 On 21-22 October, the MacArthur Memorial in Norfolk VA hosted a remarkable World War I symposium, entitled “1916: Sex, Planes, and Disasters”.

Several noted speakers were featured at the event. Some of the topics discussed include the Brusilov Offensive, aerial bombardment during the war, the United States in 1916, the Battle of the Somme, the British Army, The Battle of Verdun, and more.

Dr. Monique Seefried, the U.S. World War I Centennial Commission’s Lead Commissioner for International Partnerships, helped organize the event, and acted as the Host/EmCee. Dr Seefried is the President of the Croix Rouge Farm Memorial Foundation.