WASHINGTON, Oct. 19, 2016 — Norman Prince’s tomb is steps away from that of President Woodrow Wilson in the National Cathedral here. 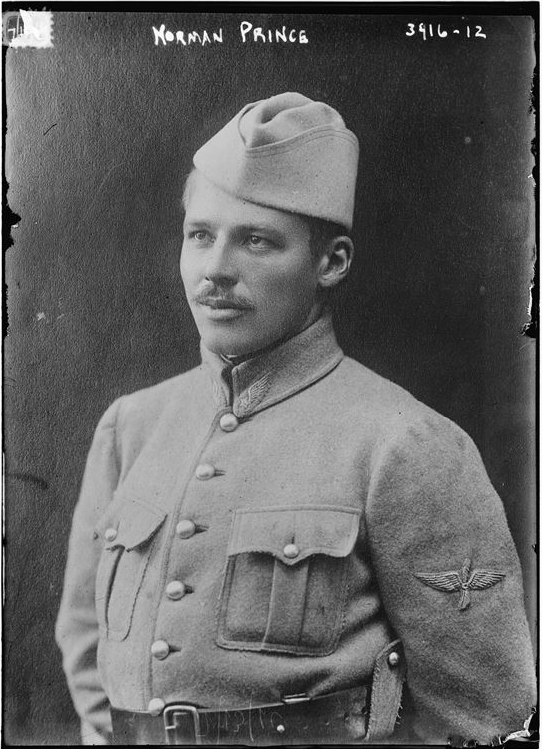 It was the second year of what was then known as the Great War, and Prince, a Harvard-trained lawyer, journeyed to France to offer his services against the Germans. It was the year of the Somme, the year of Verdun. Millions of soldiers on both sides were dying on the fields of France.

On Oct. 14, 2016, the National Cathedral and the United States World War I Commemoration Commission hosted a memorial service for French Air Force Lt. Norman Prince. His crypt is near the altar of the huge edifice and is fronted by a marble statue of him.

The Prince family came out in force to remember their relative. Also attending were French and American airmen -- joined together by the sacrifice of the young man and others like him. Prince never wore an American uniform, but he could be called one of the fathers of the United States Air Force. He was one of those who suggested the French air force field a squadron of Americans who came to the country to fight.

And fight he did. Prince participated in 122 aerial engagements, shooting down five enemy aircraft, said Navy Chaplain (Rear Adm.) Margaret Grun Kibben, who delivered the homily at the service. He came from a privileged background, “but flying was in his blood,” she said.