"It’s important to remember all who serve our country" 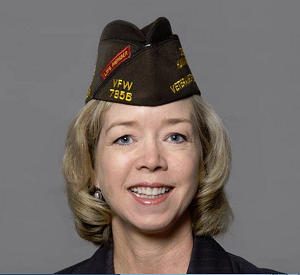 Tell us about your background, and your military career.

I attended the University of Missouri-Columbia on an ROTC scholarship, where I majored in economics. In May 1980 upon graduation, I was commissioned in the Army as an AG (Human Resources) Second Lieutenant. My military assignments included Nuremberg/Furth, Germany; Fort Harrison, Ind.; Fort Riley, Kan.; Fort Leavenworth, Kan.; and Fort McPherson, Ga. I deployed as part of the division headquarters with the 1st Infantry Division during Desert Storm in December 1990. I earned a master of science in systems management from the University of Southern California while in the Army.

How did you get involved with veterans issues, and with the Veterans of Foreign Wars? 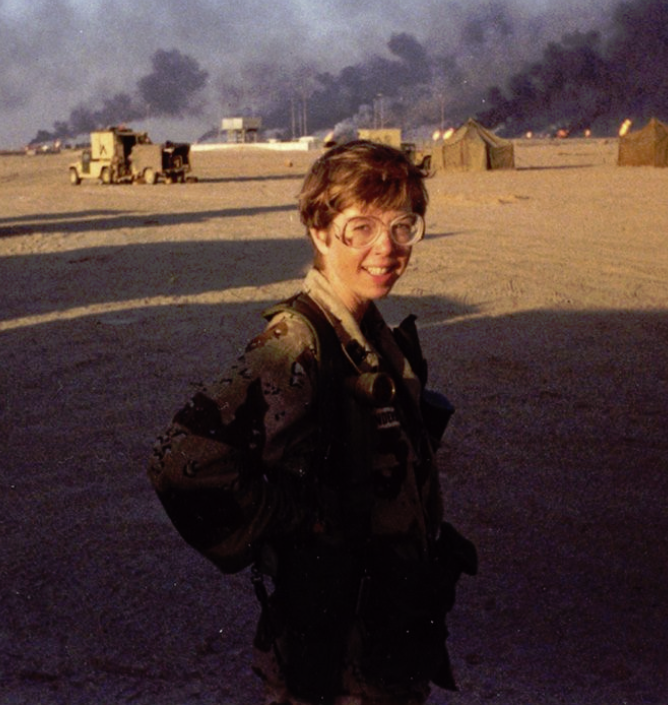 Debra Anderson with the 1st Infantry Division during Operation Desert Storm in 1991.I left the Army in 1993 and held a variety of management positions in business from 1993-2007. I joined VFW Post 7356 in Parkville, Mo., in 2006 as a way to get more involved in the local community. As a veteran, I felt a connection with other members of the Post and over time learned more about issues facing other veterans and the great work done by the VFW for veterans, military families, and communities.

I joined the staff of the VFW National Headquarters in 2007. In my role at the VFW, I am a strong proponent for veterans’ interests.

The World War I Centennial Commission has a number of education programs and commemorative efforts underway. As you come onboard, what aspects of World War I & the Commission's work are you most excited about?

I’m excited about the educational programs and the 100 Cities / 100 Memorials project. We have VFW members all over the country, and this is a good way for them to get involved in helping their communities remember our veterans of World War I. On a personal note, being married to a historian, I have visited many American memorials both in the United States and Europe. They are solemn reminders of the cost of war and give us perspective on our history.

World War I was 100 years ago, and sadly, all the veterans of the war are gone. Why is it important for Americans to remember World War I, and those people who served?

The Congressional Charter of VFW states as one of our purposes: “To perpetuate the memory and history of our dead, ...” We believe it’s important to remember all who serve our country and particularly those who made the ultimate sacrifice.