Phoebe Lickwar is a member of the design team for the new National World War One Memorial in Washington DC. She is a noted Landscape Architect, and will be handling landscape design elements of the site.

Tell us about your background, and about your current role with the WW1 Memorial design team. 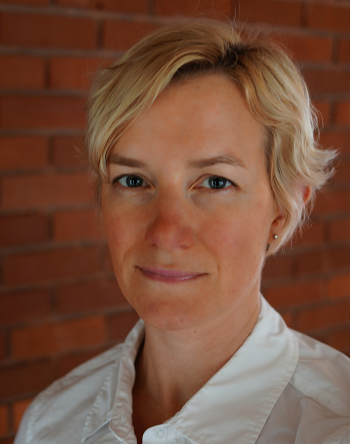 Phoebe LickwarI grew up in Washington D.C. After graduating from the National Cathedral School, I headed north to attend Harvard, where I earned my undergraduate degree in Visual and Environmental Studies / Fine Arts and my graduate degree in Education. I worked as a fine arts photographer and taught at the Art Institute of Boston for six years before I finally discovered the profession of landscape architecture. I enrolled in the Rhode Island School of Design’s Master of Landscape Architecture program and the rest is history.

Upon graduation, I was hired by Peter Walker and Partners, where I worked on large complex public projects such as the National September 11 Memorial in New York. I eventually left PWP to accept a professorship at the University of Arkansas and to start my own practice, Forge Landscape Architecture.

I am co-designer of the WW1 Memorial, with Joe Weishaar, and the landscape architect on the project. We are working collaboratively with sculptor Sabin Howard and architect of record GWWO. The design team has a tremendously positive energy and I am really enjoying the collaborative spirit of our work.

We each bring something different and equally important to the table. I bring my expertise in designing and realizing projects of this scope and scale and my experience working with multiple stakeholders and varied consultants on landscape architecture projects in the public realm.

How is this WW1 Memorial, and the message that you want to impart, different from the 9/11 Memorial, and the themes that were expressed there? What do you want your audiences to experience?How did you get involved with veterans issues, and with the Veterans of Foreign Wars?

Our intent is that the WW1 Memorial provides a space of commemoration that is appropriate to the magnitude of loss, an enduring memory of service and sacrifice, but also a place that connects current and future generations to the past, providing an experience that encourages people to learn more about the incredible historical significance of the war. In contrast to the 9/11 Memorial, the WWI Memorial is less a place of mourning than a place of commemoration and education.


Creating a government-sanctioned memorial project is totally unlike a private or commercial landscaping project, with its reviews, and its public involvement, and its processes. What have you learned about creativity, and maintaining your own creative expression within these processes? 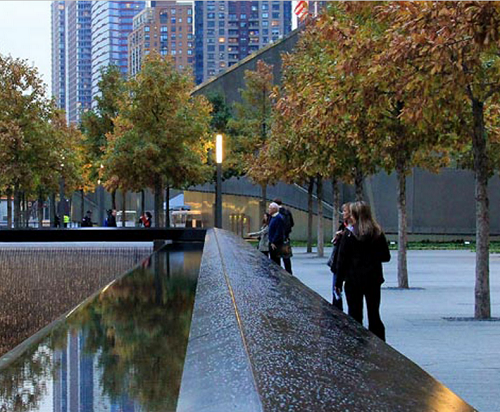 Lickwar worked on the National September 11 Memorial in New York.What I learned from working on the 9/11 Memorial is that we need to ensure the project is not unintentionally undermined as it moves through the process from conception to built work. At the same time, I am completely committed to the public process, and I trust that this process actually makes the work better. A good designer remains flexible and open to ideas – this is what enables us to approach any issues that arise creatively. I really enjoy the dialogue that emerges through the process of realizing a project like the WW1 Memorial. When guided by creative and collaborative designers, the process engages stakeholders in a meaningful way and facilitates investment in what we are all trying to achieve. And this investment is critical, because our public spaces, works of landscape architecture, depend upon the stewardship of others for long term success.

WW1 happened 100 years ago. All the veterans of the war are gone. Why is it important to create this memorial, and to remember those people?

Of the four major wars of the 20th century, World War I alone has no national memorial in the nation’s capital. America fielded 4.7 million people and deployed 2 million overseas. More people were lost in WW1 than in the Vietnam War and Korean War combined. We have an obligation to honor the service and sacrifice of American forces and to tell their story to future generations.