"What happened then transformed our nation and the world."

Our friends at PBS American Experience have great news -- they are able to share the trailer for their upcoming documentary series on World War One. The show is entitled THE GREAT WAR, and is set to air in April of 2017. This date is to mark the 100th anniversary of America's entry into the war. The show will be a six-hour series, airing over three nights. Keep an eye out for exact air dates. To talk about the series, we were very fortunate to enjoy a few moments with Mark Samuels. Mark is the executive producer of PBS American Experience, and he conceives, commissions and oversees all AMERICAN EXPERIENCE films.

You have a new series coming about the history of World War One. Tell us a little about it. When will it air? 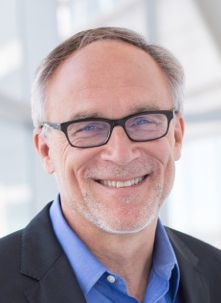 Mark Samuels “The Great War,” a six-hour documentary, premieres over three consecutive nights, Monday, April 10 through Wednesday, April 12, 9:00-11:00 p.m. ET on PBS. The series brings to life the well-known figures of the war — President Wilson, General Pershing and many others — but also reveals the human experiences of the war through the voices of nurses, journalists, aviators and of course Doughboys. We’ve included stories representative of the teeming melting pot of America in 1917 — African-American and Latino soldiers, suffragists, Native American “code talkers” and others whose participation in the war has been largely forgotten.

Our history buffs are very excited about this project. What was the research process like for your team? Where did you find the imagery?

A team of three full-time researchers spent more than a year scouring the globe for imagery. The final film includes material from more than 140 repositories from at least eleven countries, not including the United States — much of it never seen before. We received help from around the world, from historical societies and local archives who opened up their collections to our researchers. The French archives housed a treasure trove of footage of American soldiers.

In addition to film footage and still photographs, the team’s research turned up a rich collection of art work created by the Committee on Public Information that tells a powerful story about the propaganda efforts that helped mobilize the nation.


The list of interviewees in the film is really top-notch. Tell us about them, and tell us about the human-element that they bring to the storytelling. 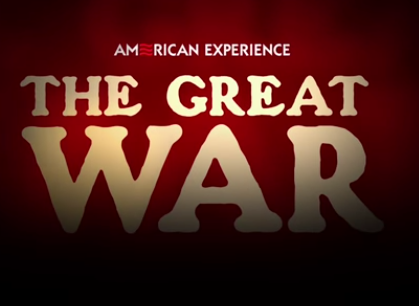 The production team for the series filmed more than twenty interviews for the project. In addition to some of the most distinguished WW1 scholars in the world, we interviewed a diverse cast of writers, biographers and historians who have done pioneering research into the war and the range of experiences of the draftees and volunteers who were active on the front lines, and the home front. Their immersion in primary source materials and first-hand accounts of the war enabled them to bring the soldiers, nurses, and military and political leaders that animate our story to life.

Why is it important for us to remember World War One?

So much of who we are as a nation today grew from the soil of World War One, starting with America’s place in the world. Before the war, America was isolated and uninvolved in world affairs. After the war, America stepped onto the world stage, and that continues today with our troops becoming involved in wars around the world. The current debate that is so prominent between national security and civil liberties can be sourced to World War One. The Second Sedition Act passed by Woodrow Wilson clamped down on free speech because there was so much at stake. The debate over immigration reaches an apex during World War One, which leads to the 1924 Immigration Act that severely restricted immigration from undesirable parts of the world, i.e., Germany, and opened up immigration from desirable parts of the world. So it’s not so much about what happened 100 years ago, as how what happened then transformed our nation and the world.