"We must never forget the sacrifices these men made." 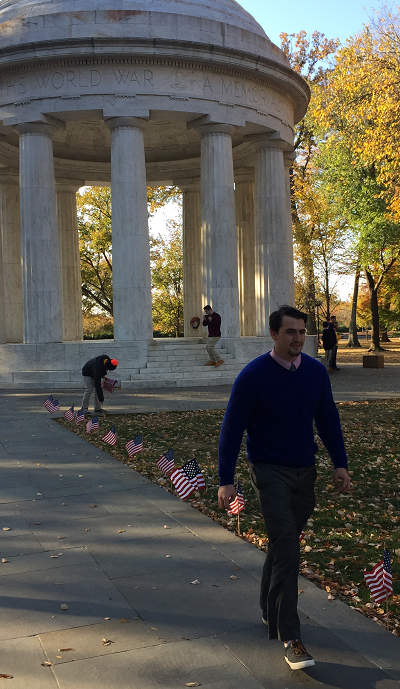 Placing flags at the DC War Memorial on Veterans DayMichael Siembida is a 2016 fall semester intern working at the U.S. World War One Centennial Commission. He is pursuing his bachelors degree from George Mason University, and is a leader in the Delta Phi Kappa service fraternity, which he helped to create. For Veterans Day, Michael produced our WW1CC commemoration ceremony at the Washington DC War Memorial, a site on the National Mall that was created in 1931 to honor the 499 residents of the District who gave their lives in World War One. He talks a little about the ceremony, and how he teamed with his service fraternity members to make the day a success.

Tell us about the Veterans Day event that you produced last week at the DC War Memorial. What was your plan, what did you do?

Veterans Day is a day of remembrance of the men and women that gave their lives for this great country. On veterans day my service fraternity, the alpha chapter of Delta Phi Kappa, in association with the First World war centennial commission planted 499 American flags to honor the 499 fallen dc veterans during the first world war. While the flags were being planted the names of all 499 veterans were read out loud to ensure that these brave men names will never be forgotten.

For this event my service fraternity the alpha chapter of delta phi kappa were able to bring out over 30 brothers in order to honor the men who gave the ultimate sacrifice. We are a local service fraternity located in the city of Fairfax. We are a large group of diverse men ranging from as local as Fairfax to as foreign as Dubai and Ethiopia. We are committed to improving our community in any way we can. It was an honor to come into DC to honor our veterans. Alongside Delta Phi Kappa members of the WW1CC intern and staff came out to support this event. These members were vital to the success of this event from planning to getting the word out there. The staff of the WW1CC doing great and tireless word and I’m proud to be working with them.

The event captured some nice media coverage. Tell us about that.

Having Reuters, a large, reputable news organization, cover an event I planned was a surreal moment. Seeing Youssif Debala, one of my brothers, featured on Reuters’s coverage of Veterans Day was amazing.

Sadly, all of the veterans of World War One are gone now. Why is it important for us to remember them through things like this small ceremony?

To remember the veterans of this tragic war, because of the momentous changes this war brought about the world, is important. It is also important to remember that world war one is the biggest war without a dedicated monument. We must never forget the sacrifices these men made and honor them with finally getting them the monument they deserve. 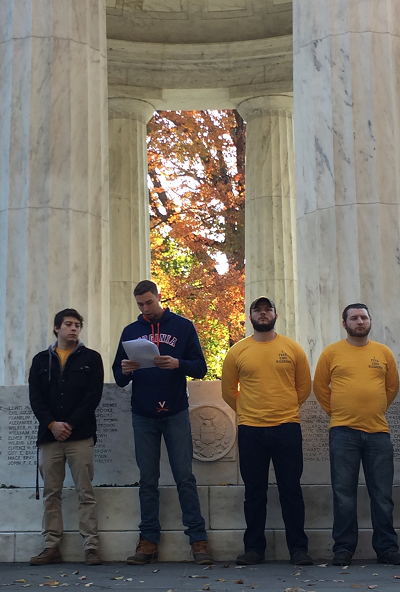 Reading the names of the 499 District of Columbia dead from World War One. 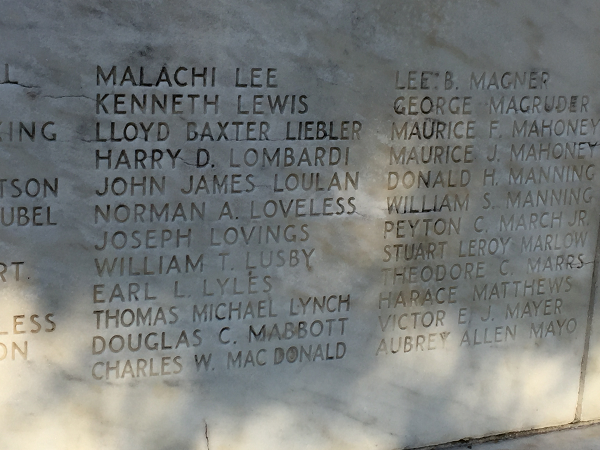 The names of the 499 soldiers from DC who died in World War One are engraved on the DC War Memorial. 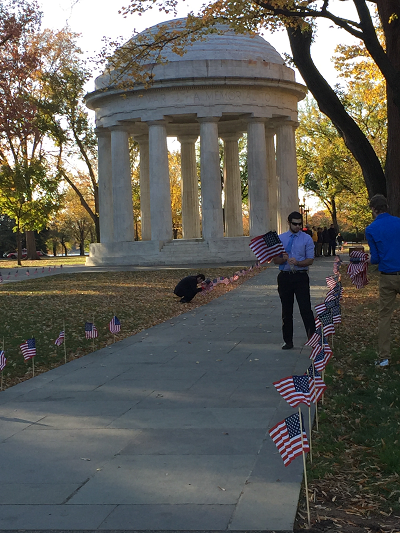 Placing one flag for each of the 499 from Washington, DC who died in World War One.