Pershing "the foremost soldier-diplomat since our Founding Fathers"

David Wayne Shuey is a historian, teacher, and living history reenactor, from Pennsylvania. For the past two years, he has devoted himself to the study of World War One, and specifically to the development of his portrayal of General John Pershing. He has been an active partner of the U.S. World War One Centennial Commission, and has represented General Pershing in three parades, six national conventions, and a host of other events. Most recently, he rode his horse Aura Lee at the lead of an entire company of Doughboy reenactors, in the big 2016 New York City Veterans Day Parade.

Look like you had an exciting time at the NYC Veterans Day Parade. Tell us about your & Aura Lee's experience up there for the big parade. 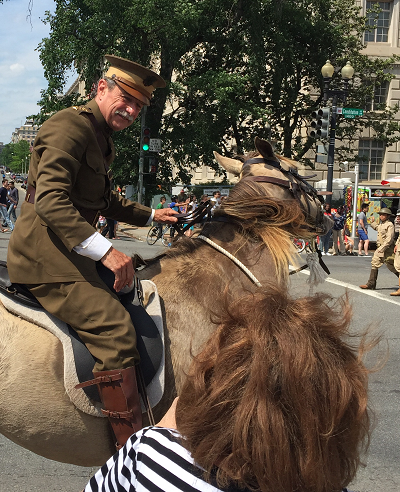 David Wayne Shuey (AKA "General John Pershing") chats with a fan during the 2016 New York City Veterans Day Parade.I’ve put this wonderful horse through so many ordeals; school presentations with dozens of children crowding in to touch her, countless parades (three of which have occurred in Washington, D.C.) and events where the distractions would frighten most horses and she never ceases to amaze me with her ability to take it all in stride. The approach through Manhattan traffic was harrowing for us in the truck, I can only imagine what she must have been experiencing in the trailer. For logistical purposes, we parked at the parade finish which provided me with every cowboy’s dream – riding my horse alone for 24 blocks on Fifth Avenue among light traffic, past curious onlookers - to take our place at the assembly area. Aura Lea is an athlete and a natural performer. She puts on a show in whatever she does and wherever she goes. I simply mount up and enjoy the best seat. To my delight we merged with the 30+ members of the Long Island Living History Association who portrayed troops and a nurse representing the American Expeditionary Forces of the Great War. They were magnificently authentic with perfect uniforms, arms, gear and splendid military bearing. The crowd obviously appreciated their portrayal of Veterans who were long gone, but on this day, not forgotten.

What is your background? How did you get involved in living history portrayals?

I began doing living history portrayals of figures from the American Civil War during the recent Sesquicentennial. I encountered Pershing, as part of my research, and the more I learned about his many exploits, the more fascinated I became with one of our nations iconic heroes. Most of my career has been spent in business management. Although, I realize now I should have been a teacher or an entertainer. Now I combine both with my portrayal of Pershing, for there are so many valuable lessons we can learn from the man, his challenges and his accomplishments.

What drew you to General John Pershing? You have said that your portrayal is a work in progress. Tell us about your research, and what surprises you have learned. 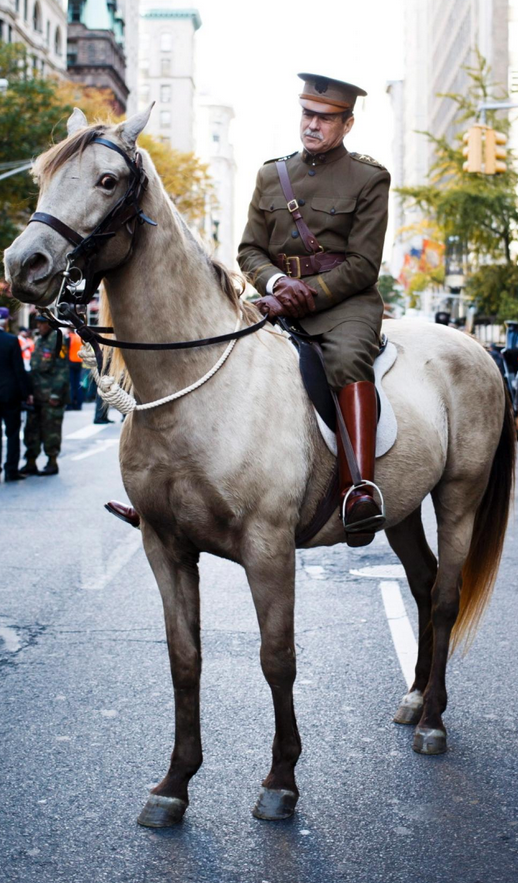 David Wayne Shuey aboard Aura Lee at the 2016 New York City Veterans Day Parade.Pershing is thought of as a tough warrior who vanquished every enemy. My fascination grew when I realized he was quite different than his legend. He taught summer school to the black children of former slaves which gave him a better understanding of their culture. He later led the Buffalo Soldiers in campaigns against native-American tribes and the Spanish which enabled him to appreciate the black soldier better than most white officers in the military. He engaged the Apache & Comanche by learning their sign language and culture. He would later repeat that unconventional approach with Muslim insurgents in the Philippines. Although his confrontation with the Moros would be some of the most violent and dangerous fighting he experienced, he prevailed with diplomacy as well. My fact-based novel about Pershing’s life is slowly progressing. I am developing a one-man stage show based upon my speaking engagements and other presentations.

Why do this? Why is it important for us to remember General Pershing, and the American veterans of World War One?

Pershing was chosen by President Wilson over many others to lead our forces into a conflict that was more desperate than most Americans were aware. The French & British had been punished and demoralized for over three years in a protracted, horrible war of attrition before Pershing and the A.E.F arrived on the scene. When America entered the war our allies merely wanted to use our resources for their own purposes, which had not yet produced a conclusive victory. Pershing, with Wilson’s support, steadfastly resisted their attempts to amalgamate our troops. He eventually established an autonomous army that secured the final victories which brought the war to a conclusion through armistice. I agree with most historians that our decisive involvement in World War One enabled the United States to achieve a permanent position of prominence in geopolitical affairs for the last century. I believe that Pershing may have been the only man in America with the skills and experience to deliver that result. In my opinion he ranks as the foremost soldier-diplomat since our Founding Fathers. 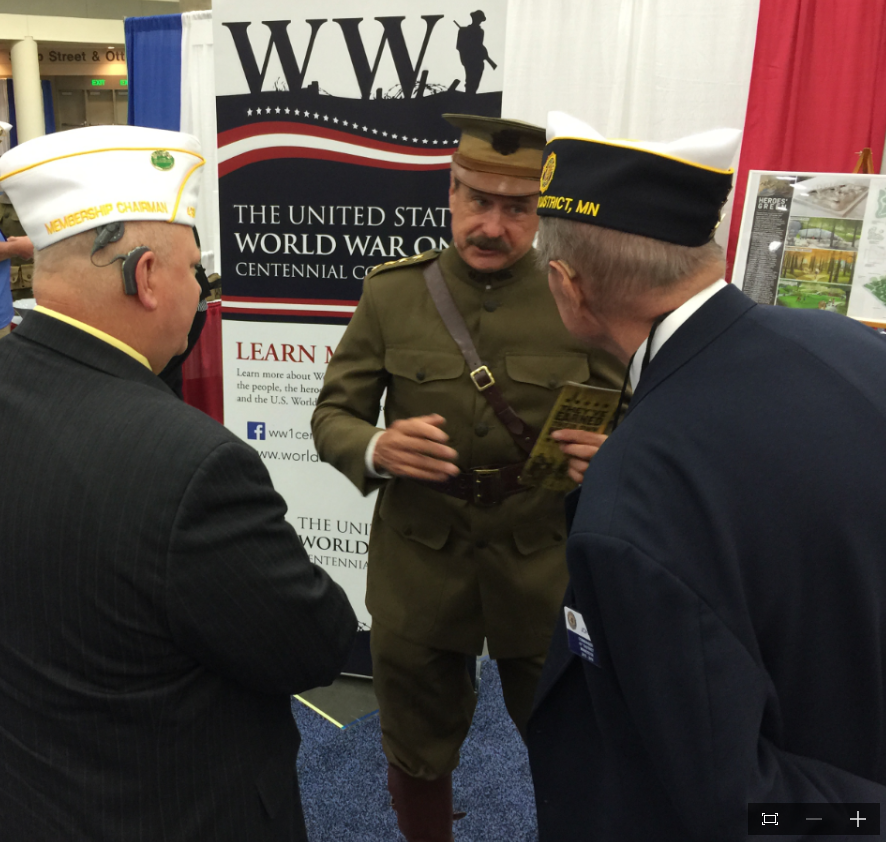