Why a World War One memorial makes sense, a century later

By Leon Panetta
via the Military Times 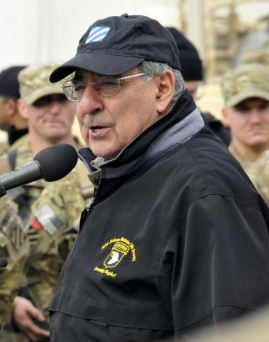 Former Secretary of Defense Leon PanettaThere is an effort underway by the U.S. World War One Centennial Commission to create a national memorial to the American veterans of World War One in Washington, D.C.  I firmly support this effort.

World War One is the only great war of the 20th century that doesn’t have a national memorial in the nation’s capital. That, in itself, makes it important enough for us to do everything possible to make this a reality.

But this memorial is important for a number of other reasons.

First, we have to honor those, and the memory of those, who served our country. World War One involved 5 million men and women who came together in uniform, including 2 million who went overseas and 116,516 who died in the war. We need to take the time to remember their brave sacrifices.