In the trenches: Research explores WNC’s role in World War One

By Max Hunt
via the Mountain Xpress 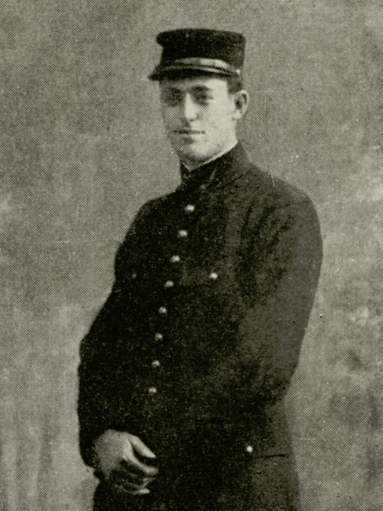 Kiffin Rockwell, who lived in Asheville, NC off and on prior to joining the war effort on behalf of France in 1914, is credited with being the first American fighter pilot to shoot down an enemy aircraft.While Americans anxiously followed reports of World War One raging across Europe, Asheville’s first Great War casualty was already receiving a hero’s funeral in France.

Kiffin Rockwell, widely acknowledged as the first American to shoot down a German plane while serving in the Escadrille Lafayette fighter pilot squad, was himself shot down in September 1916, more than six months before the U.S. formally entered the conflict.

To this day, “He’s a well-known, very respected American hero over in France,” says Jeff Futch, curator of North Carolina in the Great War, now on display in East Asheville. The exhibit is a project of the Western Office of the state Department of Natural and Cultural Resources on Riceville Road. “They have a huge monument to the Lafayette Escadrille over there and still lay flowers at his grave.”

And though those battles were fought half a world away, WW1 had a profound and lasting impact on Western North Carolina, both among those who fought in the European theater and on the home front.

As the state gears up for a big centennial retrospective on North Carolina’s involvement in the Great War, local researchers have worked to bring WNC residents’ stories and experiences to contemporary audiences.

Next April, says Futch, the state agency will open an expansive exhibit at the North Carolina Museum of History in Raleigh, to mark the centennial of America’s entrance into the war.

As a kind of preview, Futch decided to showcase WNC’s involvement in the conflict with a smaller exhibit in the Western Office’s Heritage Room Gallery. Drawing on museums and repositories from around the region, Futch has assembled a small but eclectic collection of artifacts, memorabilia and stories.